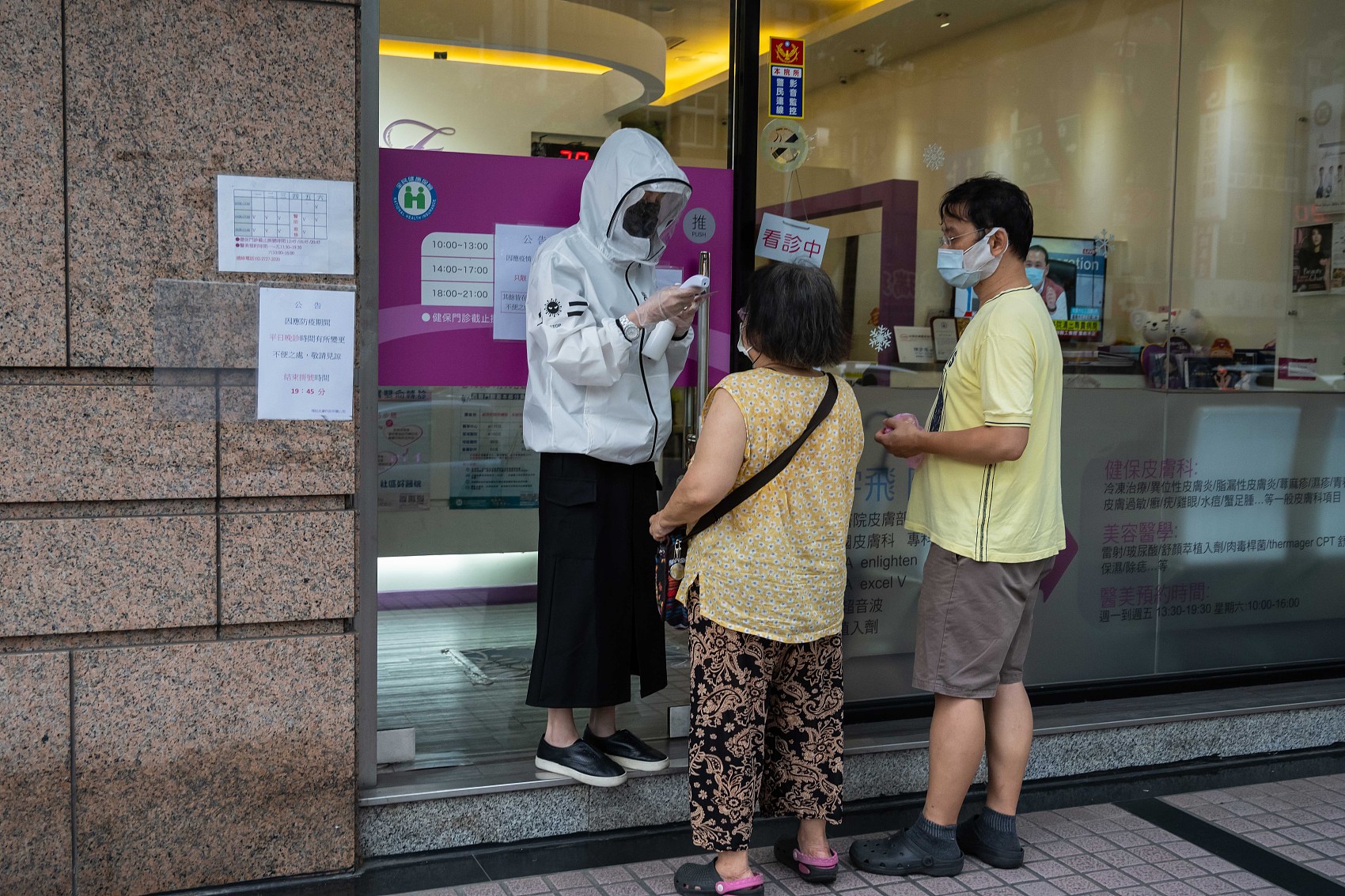 A worker wearing personal protective equipment (PPE) checks temperatures outside a building in Taipei, Taiwan, on Thursday, May 27, 2021. (Photo: CFP)

Of the new local infections, 157 were male, and 140 were female, and their onset of symptoms ranged from April 29 to May 27.

A total of 19 deaths from COVID-19 were reported on Friday, the highest daily toll on the island since the pandemic began.

Taiwan is seeing a steep rise in local infections amid strained medical resources. The daily numbers of new local COVID-19 cases have exceeded 200 for 13 consecutive days from May 16 to 28.

Both New Taipei City and Taipei City are the hardest hit by the pandemic and have had more than 2,000 local cases.

The total number of confirmed cases on the island since the pandemic began has risen to 7,315, including 6,136 local cases and 78 deaths, the agency said.