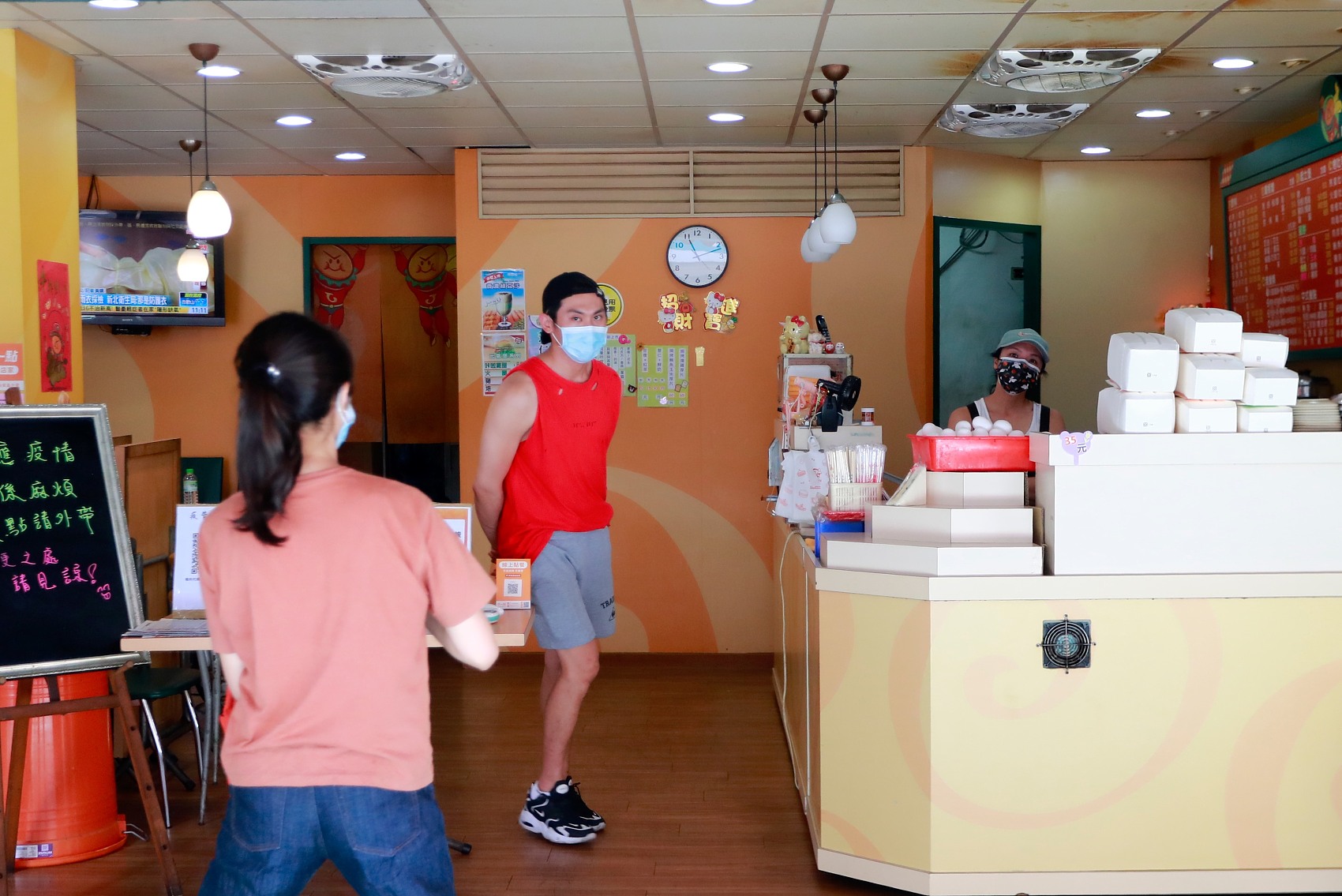 People buy takeaway from restaurants and dine-in services have been banned in Taipei, following a surge of COVID-19 domestic cases, in Taipei, Taiwan, 24 May 2021. (Photo: CFP)

It is the 12th consecutive day that the island's daily number of new local infections has exceeded 100.

Of the new local infections, 158 were male and 144 were female, while their onset of symptoms ranged from May 8 to 25.

Of the 331 backlogged cases, 160 were male and 171 were female, ranging from under five years of age to over 90 years old, the agency said.

Wednesday was the fifth consecutive day on which the agency has retroactively added cases -- totaling 1,418 to date -- to the daily case counts going back to May 14.

The agency said that the adjusted case counts show that the current outbreak is not "rapidly getting worse," but said further observation is needed to determine whether the situation is improving.

The 11 dead include nine men and two women, seven of whom had previously suffered from chronic health issues.

Taiwan on Tuesday extended its level-3 alert for COVID-19 to June 14, given the severity of local transmissions. The level-3 alert was imposed across the island on Wednesday last week and was originally due to end on May 28.

The total number of confirmed cases on the island since the epidemic began has risen to 6,091, including 46 deaths, the agency said. Enditem