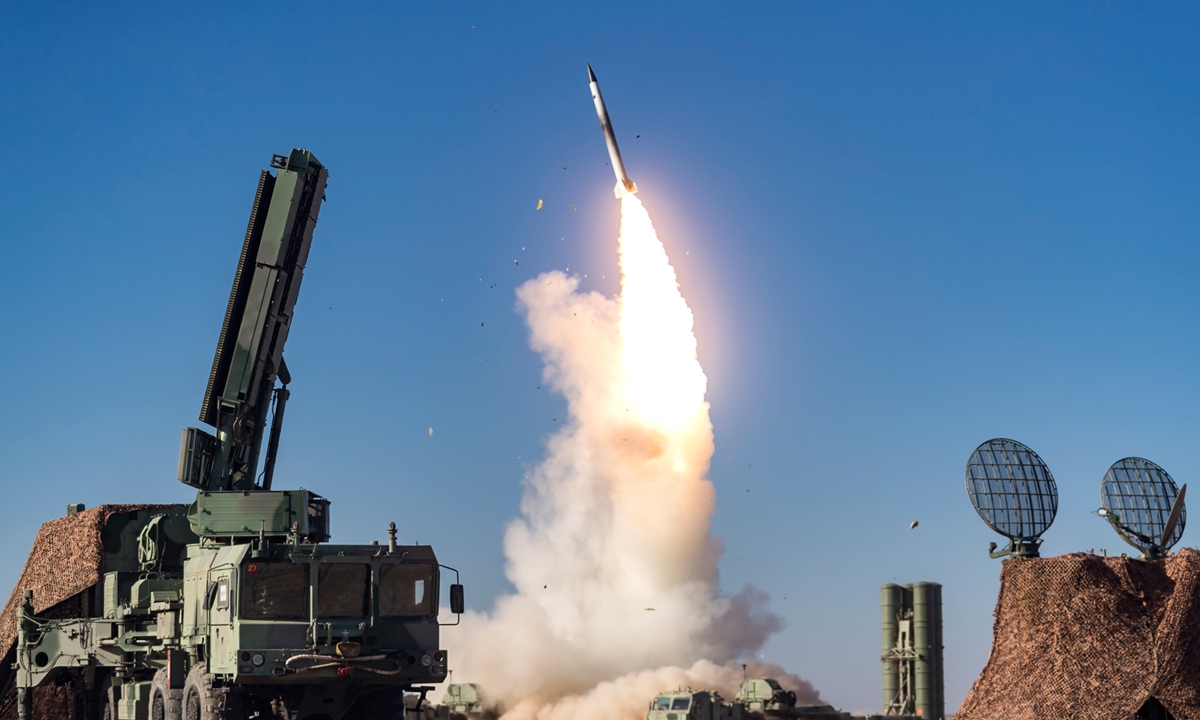 Taiwan island local media reported that local weapons developer the National Chung-Shan Institute of Science and Technology (NCSIST) launched two unnamed missiles from Jiupeng base in Pingtung county and Sanxiantai in Taitung county, at around 7:40 pm on Thursday.

The two missiles simulated an interception operation after they took off to an unspecific altitude, reports said. Personnel at the site wouldn't reveal details of the tests, claiming they were merely regular tests.

The NCSIST had said there was no altitude limit for the missile tests, but a 300-kilometer stretch of the Pacific - encompassing the waters off Hualien and Taitung Counties and Orchid Island - was closed off, local media reported prior of the test event.

It's likely that the Hsiung Feng II E played the role of target projectile to test the interception capability of an enhanced variant of the Sky Bow III missile, Song Zhongping, a military expert and TV commentator, told the Global Times on Friday. The test only demonstrates the Sky Bow III's possible ability to intercept warplanes and cruise missiles, but not ballistic missiles.

The island does not have ballistic missiles it could use to test the interception capability of its missiles, Song pointed out, while noting that in an actual military conflict, the PLA would deploy ballistic missiles to destroy the enemy's anti-aircraft missile systems before sending in warplanes.

The tests also show the island does not stand a chance in a military confrontation with the mainland, Song noted.

Military experts pointed out that Taiwan's missiles rely heavily on US technology, and the US would not allow the island to mass produce such weapons, requiring it to purchase them.

Taiwan media said that the tests were made after PLA warplanes repeated passed the so-called midline of the Taiwan Straits.

PLA warplanes have reportedly entered airspace over the southwest of the island, local media reported.

According to reports, the PLA's aircraft have been conducting recent drills in the airspace over Taiwan Straits. Tan said the aim was to demonstrate the PLA's resolve and capability to safeguard national sovereignty and territorial integrity, by targeting foreign interference and the few "Taiwan independence" secessionists and their activities.