Taiwan's mainland affairs authority's irresponsible and erroneous comments and slander on the "26 measures" have further exposed their mentality of opposing the interests of Taiwan compatriots, a mainland spokesperson said Monday. 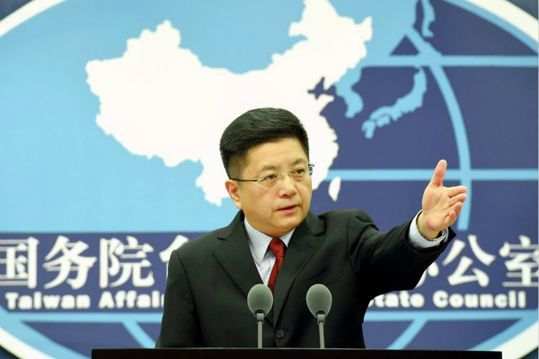 Ma Xiaoguang, a spokesperson with the State Council Taiwan Affairs Office, made the remarks at a press conference, criticizing the vilification and slander by Taiwan's mainland affairs authority and Democratic Progressive Party (DPP) toward the "26 measures" which are welcomed by enterprises and compatriots of the mainland and Taiwan.

The State Council Taiwan Affairs Office and the National Development and Reform Commission on Monday unveiled the "26 measures" to further promote economic and cultural exchanges and cooperation across the Taiwan Strait.

"When the mainland rolled out the '31 measures' in February 2018, Taiwan's mainland affairs authority and DPP had already vilified the measures," said Ma. "But the truth is, the '31 measures' are warmly welcomed by Taiwan compatriots, and more and more Taiwan enterprises and compatriots benefited from them."

The latest "26 measures" is in further response to the appeal of Taiwan compatriots and enables them to share the mainland's development opportunities in a wider and broader scope, in the hope that they will develop better and reap greater benefits.

On the contrary, the DPP authorities have turned a deaf ear to the voice of the people, turned a blind eye to the sufferings of the people, and constantly put obstacles in the way of the interests and well-being of the Taiwan compatriots. "In their minds, there is only one party's private political manipulation, no public interest at all," Ma said.

Ma pointed out that the compatriots across the Taiwan Strait are family members who are close to each other, and the mainland will continue with the measures as long as it is beneficial to the interests of the compatriots.

"The DPP authorities cannot stop the '31 measures', nor can they stop the '26 measures,'" Ma added. "Whoever is an enemy of the interests of the vast majority of Taiwan compatriots will eventually be abandoned by the public."