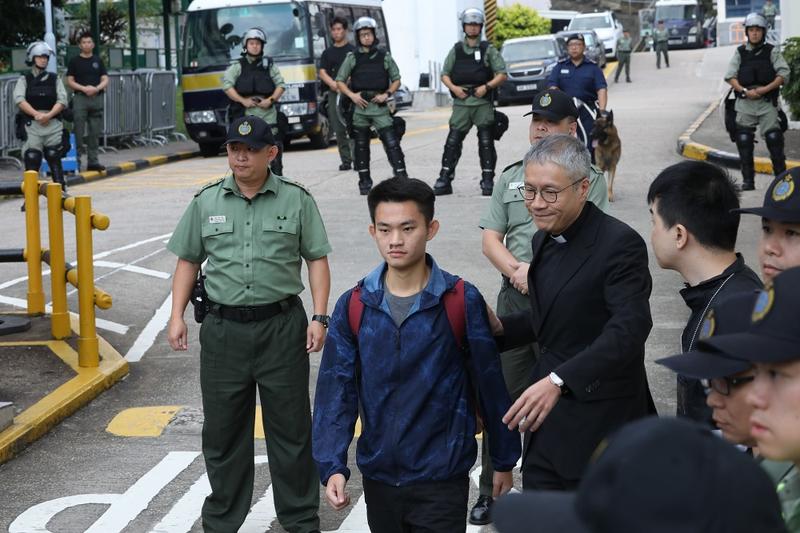 That the Hong Kong government officially withdrew the extradition law amendment bill on Wednesday, depriving the anti-government protesters of their proclaimed raison d'être, should serve to defuse some of the tension in the embattled city.

With the legal process for the amendment bill's withdrawal completed, those who have indulged the violence of the demonstrators because of genuine though misguided worries about the proposed changes to the special administrative region's extradition law no longer have any justification for abetting their anti-social behavior.

The bill's withdrawal was completed on the same day the suspect in a Taiwan murder case, which prompted the proposed change to the law, was released from a Hong Kong prison.

Chan Tong-kai is wanted by Taiwan police on suspicion he murdered his girlfriend, Poon Hiu-wing, also a Hong Kong resident, in February 2018 when they visited the island together. Chan was arrested after returning to Hong Kong. He confessed to killing Poon, but since there was no mutual legal assistance agreement between the two jurisdictions, there was nothing the SAR judiciary could do other than charging him with the much lesser crime of stealing her money by using her ATM card in Hong Kong. The idea, apparently, was to hold him while searching for a way to send him back to Taiwan to face justice. The solution the SAR government came up with was to amend the existing extradition law.

The amendment bill would have done the job, if not for anti-mainland forces, including the Tsai Ing-wen administration, seizing on it as a means to make trouble for the Hong Kong and central governments. By so doing, they have put their own selfish interests in pursuit of political gains above law and order in Hong Kong, and above justice for Poon.

The central government has proposed the "one country, two systems" formula for peaceful reunification of Taiwan with the mainland, and the Tsai administration has sought to foment the unrest in the SAR in a bid to defame the principle as unworkable.

The flip-flops and defiance of logic on the part of the Taiwan authorities throughout the rendition saga have been appalling. They issued a wanted order for Chan, but refused to cooperate with the SAR government in arranging for his rendition. When he indicated his willingness to return to the island voluntarily to stand trial, they refused to let him in.

And, on the eve of Chan's release, they announced they would send somebody to Hong Kong to take Chan back. A proposal tantamount to enforcing law in a different legal jurisdiction that was rightly rejected by the SAR government.

It is evident that for the violence in Hong Kong to end, Tsai and her supporters must come to their senses and realize that, with central government giving its strong backing to the SAR government and the majority of Hong Kong residents abhorring the mayhem, their attempt to sabotage the "one country, two systems" framework will be futile.