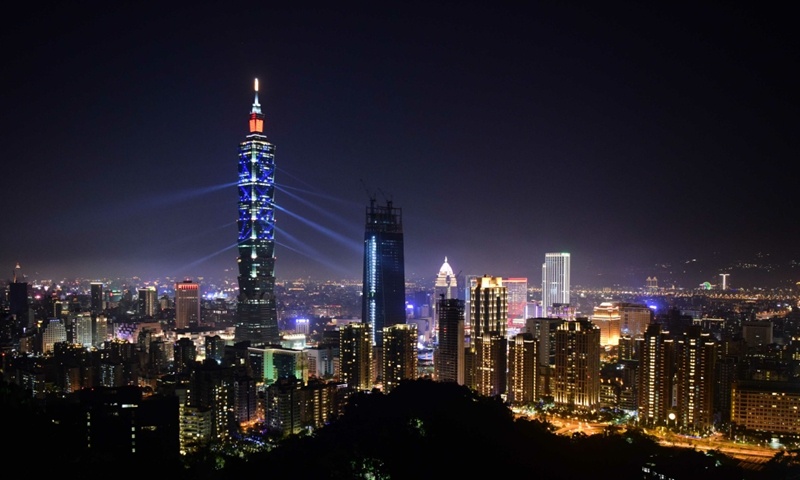 Taiwan separatists and foreign forces that attempt to meddle in the reunification of China are becoming panicked and nervous as the Chinese mainland changes slightly the wording regarding the approach to reunification in the Friday's government work report by omitting the word "peaceful" ahead of "reunification," analysts said.

This new narrative has sent a clear signal that the mainland will be more determined and pragmatic in diversifying its approach to realizing its obligatory goal of reunifying Taiwan, since the separatist Democratic Progressive Party (DPP) authorities and other political forces on the island have chosen to refuse the sincerity of a peaceful solution repeatedly encouraged by the mainland, said the experts.

Premier Li Keqiang said in the government's 2020 work report that, "We will adhere to the major principles and policies on work related to Taiwan and resolutely oppose and deter any separatist activities seeking 'Taiwan independence'" and "We will encourage them [fellow compatriots in Taiwan] to join us in opposing 'Taiwan independence' and promoting China's reunification."

In the 2019 report, Li said that "We will uphold the one-China principle and the 1992 Consensus, promote the peaceful growth of relations across the Taiwan Strait, and advance China's peaceful reunification."

Reuters said on Friday in a report that this change is "an apparent policy shift that comes" as mainland ties with Taiwan "continue on a downward spiral." The Wall Street Journal also said in a report on the matter that this is "breaking with nearly three decades of precedent in a sign that it is taking a tougher tack" toward the island.

However, this adjustment doesn't mean the mainland has abandoned a peaceful approach to realize national reunification, and the mainland government and society still believe that peaceful reunification is the best, most harmless and cost-effective approach, said Li Xiaobing, a Taiwan studies expert at Nankai University in Tianjin.

"But just as the firm stance that has been consistently reinforced by the mainland in past decades, a military approach has never been abandoned as this is a final solution for the worst case scenario when secessionist and foreign forces totally separate the island from China. Therefore, in nature, the mainland's policy toward Taiwan has not changed," Li Xiaobing told the Global Times on Saturday.

The reason why Taiwan separatists and foreign forces are becoming more sensitive and even panic over the change is that they know their repeated provocations to challenge China's sovereignty and bottom line will be punished sooner or later, and they might finally learn the message behind the new narrative from the mainland as being "one step closer to a non-peaceful solution," Li Xiaobing further noted.

A series of provocative and harmful acts carried out by separatist DPP authorities against the mainland have seriously offended mainlanders, including backing Hong Kong rioters and separatists to create turmoil to damage the Hong Kong Special Administrative Region of China in 2019; exaggerating anti-China sentiment in Taiwan to serve its political goals to win the regional election; banning mask exports to the mainland while the COVID-19 outbreak ravaged Wuhan in January with the mainland facing temporary shortages of medical supplies; and ganged up with the US to use the coronavirus pandemic to stigmatize the mainland and seek separatism in front of the international community.

As the mainland holds an overwhelming military advantage in the region, provocations made by the island and the US have caused rising fury among the mainland public and on social media against Taiwan separatism with mounting calls for a military solution to end the US' manipulation of using the island to contain China. A comment by a Chinese netizen posted on Sina Weibo noted that "the military solution should not be considered as a last choice for the worst scenario, but a considerable option to end the mess once the opportunity comes."

'One country, two systems' for Taiwan

According to foreign media reports, some Taiwan politicians also noticed China's 2020 government work report not mentioning "the 1992 Consensus," and they thought that the mainland is trying to "avoid provoking Taiwan" as the separatist authorities refuse to accept this consensus.

Li Fei, a professor at the Taiwan Research Institute at Xiamen University in East China's Fujian Province, told the Global Times on Saturday that "the 1992 Consensus," with respects to the one China principle which was accepted by the two sides while the KMT ruled the island, is "the passphrase" for cross-Straits cooperation, and now due to the DPP continually refusing to accept the consensus, and even the KMT wanting to keep their distance from the term, there is now no need for the mainland to keep this "passphrase."

This is actually bad news for the island, as the two sides have lost "the passphrase" and it would be more harmful to the island and almost have no impact on the mainland, analysts said.

These Taiwan politicians are too naïve because the one China principle will never be abandoned, and "the 1992 Consensus" is a vague term which was easy for the two sides to accept in the previous status quo for economic cooperation and people-to-people exchanges, and without this vague term, there will be only a "one-China principle" in the future, and the options and space for DPP authorities will become even more limited, said Li Fei.

The draft decision on establishing and improving the legal system and enforcement mechanisms for the Hong Kong SAR to safeguard national security was also submitted Friday to the National People's Congress (NPC) for deliberation. Some NPC deputies said that the national security legislation for Hong Kong has referential value regarding the Taiwan issue, the Hong Kong-based takungpao.com.hk reported on Saturday.

Whether the mainland adopts a military or peaceful approach to reunify the island of Taiwan, there will be a Taiwan-version of the "one country, two systems" to be implemented after reunification, and as the island has similar issues to Hong Kong, such as separatism and anti-China proxies controlled by foreign forces, there will surely be national security legislation for the island as well to deal with these obvious problems at that time, said Li Xiaobing.

"The legislation and the future law-enforcement in Hong Kong will be very valuable and meaningful for us to finally solve the Taiwan question one day," he noted.