Taiwan is reportedly planning a NT$600 billion ($20.11 billion) military acquisition in a "futile" independence effort that will only end in failure, a Chinese mainland analyst noted on Thursday. 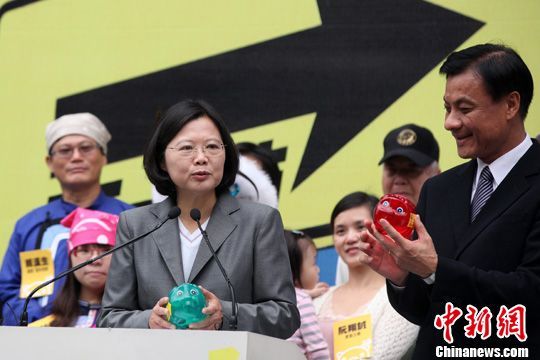 Taiwan is spending the NT$600 billion on buying F-35 fighter jets and M1A1 tanks from the US while also seeking to independently develop its own submarines, aircraft and warships, Taipei-based China Times reported on Wednesday.

The military funding plan is Taiwan's latest attempt to oppose reunification with force, which is destined to end in failure, Song Zhongping, a Chinese mainland military expert and TV commentator, told the Global Times on Thursday.

"No matter how Taiwan arms its army, they will always be outnumbered by the People's Liberation Army," Song said. "So I believe this effort is useless and has no value at all."

Another goal of military funding was to promote weapons development in Taiwan, aiming to realize an independent defense, said Song.

Taiwan had arms exports in mind and hoped to incubate a military industry that could contribute to the Taiwan economy, he believed.

Taiwan-based organizations including the Cross-Strait Peaceful Development Forum and Taiwan's Labor Party published a joint statement Thursday saying that the US was loading the dice on Taiwan and using the Tsai Ing-wen administration as a stumbling block to contain the Chinese mainland development.

They criticized Tsai for being a pawn of the US and predicted serious consequences for purchasing weapons and military equipment from the US, China Times reported.

"Taiwan lacks the ability to develop its own weapons," Song said.

"They are largely dependent on foreign corollary equipment. They are not capable of military development at all, not to mention exports. They do not own the core technologies. They can only assemble the parts."

It was not possible for Taiwan to earn money from arms sales, Song said, "nor can they create a defense industry like they are hoping for. It's all futile."

Only after Taiwan turns back and firmly adheres to the 1992 Consensus and the one-China policy can cross-Straits relations be handled well, with a peaceful solution to reunification, Song noted.

"Taiwan should not go any further on the road of independence. This is a road with no return," Song said.