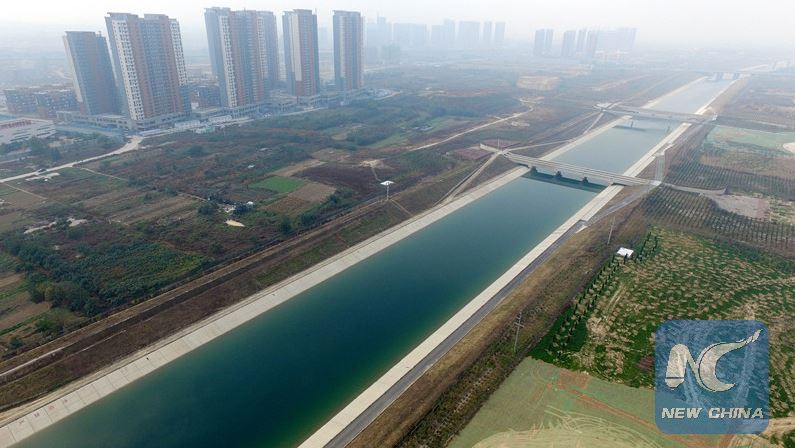 TAIPEI, Aug. 6 (Xinhua) -- Members of the public in Taiwan have spoken highly of the water-diversion project connecting Fujian Province to the island of Kinmen.

The water pipeline connecting the coastal province of Fujian on the Chinese mainland to Kinmen went into operation Sunday, delivering water from Fujian's Jinjiang River to alleviate water shortages.

Hsu Wen-pin, a well-known lawyer in Taiwan, said that the project signifies a new level of communication across the Taiwan Strait. Hsu said that the mainland proposed to divert water from Fujian to Kinmen about 20 years ago and that the operation of the project is "quite encouraging."

"It truly brings benefits to the people of Kinmen," Hsu said.

Su Chia-hung, a professor at Taiwan's Fooyin University, agrees. Su said that the project meets the demands of the public in Kinmen, and is a sign of goodwill from the mainland, which should not be ignored by the Taiwan administration.

"I think the project will not only alleviate the water shortage in Kinmen but will also invigorate the local economy," said Wu Chunjiang, chairman of Kinmen Ludao Hotel.

"I remember in 2010 when I visited Kinmen, all the stores were run by senior citizens," said Wu, who is from Fujian Province. "The long-term shortage of water in Kinmen led to the outflow of local talent."

"I am just so happy that the project went into operation," said Chen Feng-huang, a taxi driver in Kinmen.

The project investment totals 388 million yuan (about $57 million) and the water price has been set at 9.86 new Taiwan dollars (around $0.33) per cubic meter. The 28-km pipeline will provide 34,000 cubic meters of water to Kinmen daily.