Taking a Chinese path to modernization 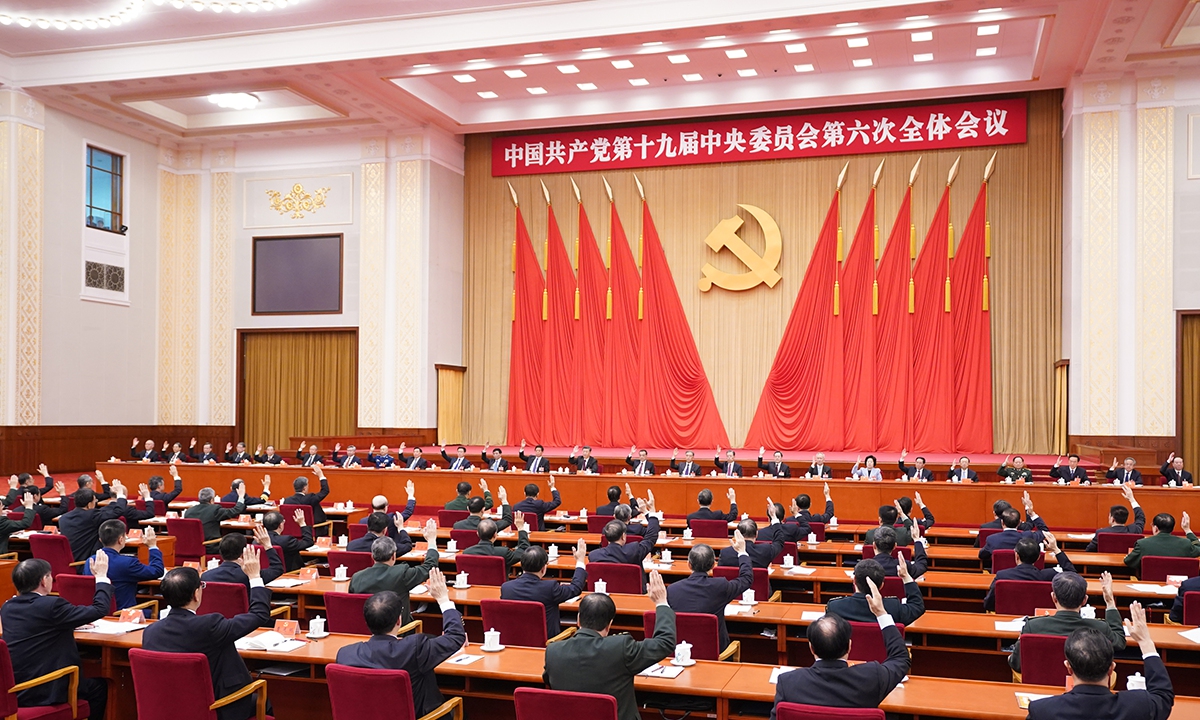 The sixth plenary session of the 19th Communist Party of China Central Committee was held in Beijing from November 8 to 11, 2021. /Xinhua

The Communist Party of China (CPC) on Tuesday released a historical resolution adopted at the sixth plenary session of its 19th Central Committee, which took place from November 8 to 11. The 36,000-word document, titled "The Resolution of the CPC Central Committee on the Major Achievements and Historical Experience of the Party over the Past Century," is the third such resolution adopted in the Party's 100-year history.

The resolution's predecessors, issued in 1945 and 1981 respectively, were landmarks in China's modern history: one cemented Mao Zedong's leadership role and the other affirmed Deng Xiaoping's reform and opening-up policy. Both the previous resolutions showed the way forward for China, and the latest one intends to do the same.

Since the founding of the CPC in 1921, China has been taking a unique path to restore itself to the glorious Chinese civilization it had been for much of the entire world history. In the span of 100 years, the country overcame principal contradictions facing the Chinese society one after another. As the resolution points out, the four stages of the contradiction were defined by the four time periods that shaped modern China.

During the new-democratic revolution up to 1949, the principal contradiction of China meant "the conflicts between imperialism and the Chinese nation, and those between feudalism and the people."

Next was the socialist revolution in the 1950s. The principal contradiction lied between "the demand of the people for rapid economic and cultural development and the reality that the country's economy and culture fell short of the needs of the people."

Then came the reform and opening-up since 1978, during which "China's underdeveloped social production was unable to meet the ever-growing material and cultural needs of the people."

Entering into the new era since 2012, the contradiction facing Chinese society is "between unbalanced and inadequate development and the people's ever-growing needs for a better life." Now, China is continuing on its path, striving toward its second centenary goal of building a modern socialist country that is "prosperous, strong, democratic, culturally advanced, harmonious and beautiful" by 2049, 100 years after the birth of the People's Republic of China.

"The shift from 'the people's ever-growing material and cultural needs' to 'the people's ever-growing needs for a better life' indicates that our country has met the basic needs of its 1.4 billion population through years of hard work," Li Shenming, former vice president of the Chinese Academy of Social Sciences, wrote in his article, "To understand the principal contradiction facing society in the new era of socialism with Chinese characteristics."

"In addition to higher demands for material and cultural life, diverse and higher-level demands have emerged in democracy, the rule of law, fairness, justice, security and the environment. The expression of 'material and cultural needs' no longer suffices to cover the diverse needs of the people," he continued. 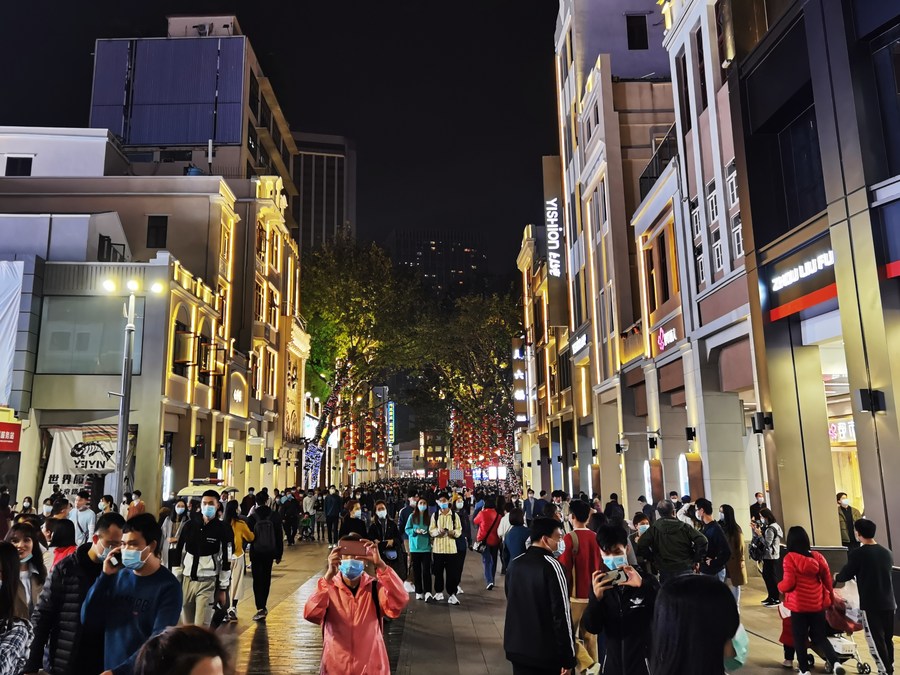 Since the reform and opening-up, hundreds of millions of Chinese citizens have joined the middle class. /Xinhua

The very first sentence in the resolution states that "seeking happiness for the Chinese people" is one of the essential missions of the CPC. Ensuring and improving the Chinese people's well-being is key to tend to the people's "ever-growing needs for a better life."

To put the country's frenetic real-estate market under control, the CPC strengthened market regulations, and is building a housing system characterized by multiple suppliers and support channels that encourage both renting and purchasing, adhering to the principle that "housing is for living in and not for speculation."

To tackle the income gap, the CPC has developed an income distribution system that upholds fairness while maintaining efficiency, which greatly contributed to the country's campaign to end rural poverty.

"By adjusting excessive income, prohibiting illicit income, increasing the income of low-income groups, and steadily expanding the size of the middle-income group, we have promoted the formation of an olive-shaped pattern of distribution and ensured that personal incomes generally grow in step with economic growth and that rural income grows faster than urban income," the resolution states.

On July 1, Chinese President Xi Jinping announced that China has accomplished building a "xiaokang" society – a phrase first proposed by Confucius, meaning moderately prosperous – in all respects, assuring that all 1.4 billion of its massive population are now living above the poverty line. 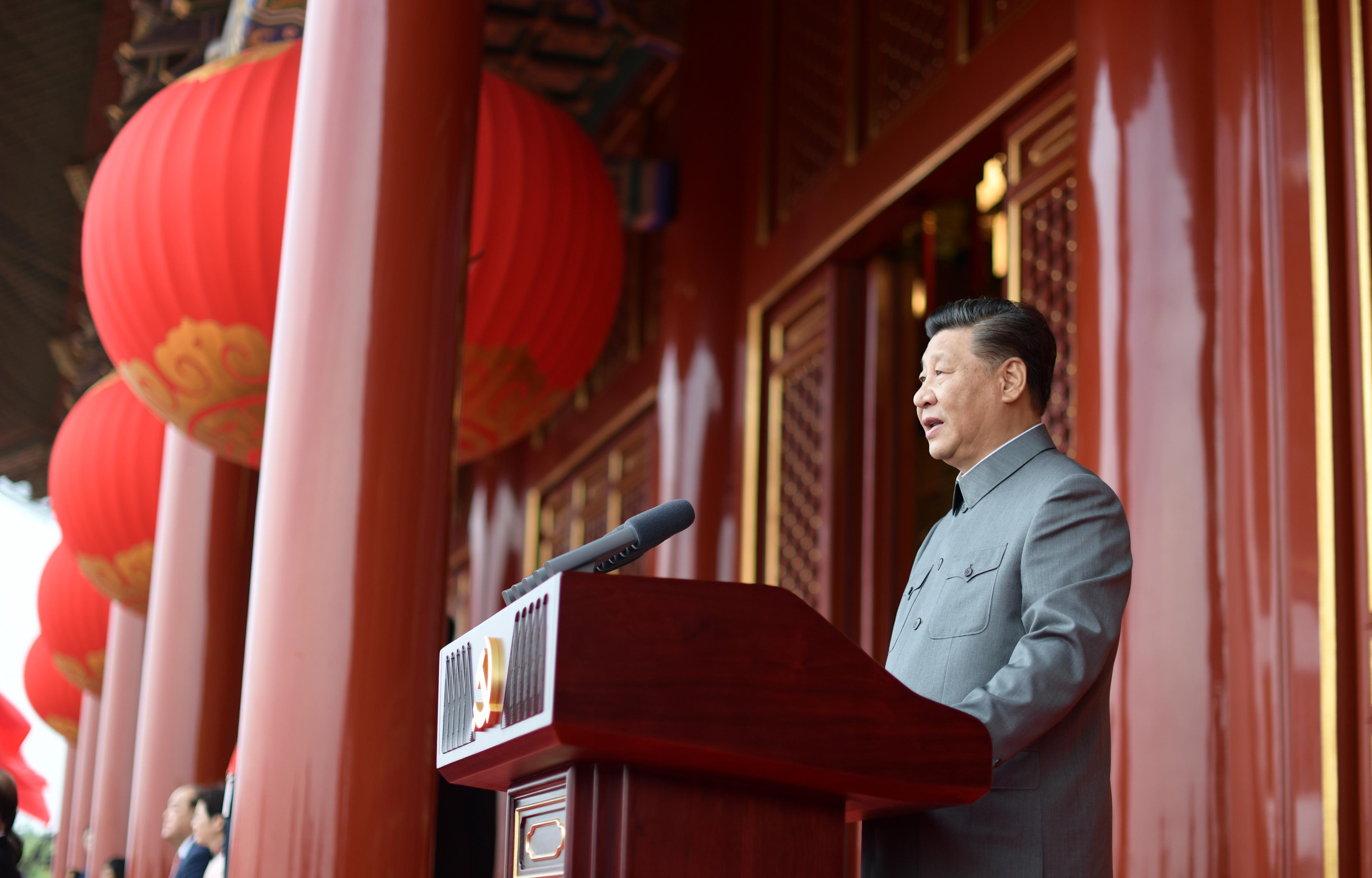 Xi Jinping, general secretary of the Communist Party of China (CPC) Central Committee, Chinese president and chairman of the Central Military Commission, delivers an important speech at the ceremony in honor of the 100th anniversary of the founding of the CPC in Beijing, July 1, 2021. /Xinhua

Whole-process people's democracy is China's approach to a democratic political system. It differs from the Western model of democracy in that the citizen's participation in politics is not limited to the act of voting. Instead, whole-process people's democracy allows the Chinese people to participate in a broad range of everyday political activities, including democratic elections, political consultation, decision-making and supervision.

According to Tan Huosheng, associate professor of Department of Political Science at Tsinghua University, the Western model is not the only correct answer to a democratic political system, and it has its own shortages.

"Western-style democracy boasts for having 'popular sovereignty.' But, in practice, the basic logic it operates on is based on the game between different interest groups. Thus, the political and social rights of the vulnerable and marginal groups are hardly protected. Not only can these marginal groups not participate, it is also difficult for the propositions that represent their interests to enter the political agenda, and more difficult for them to become actual policies; even if they do, they are rarely implemented effectively." 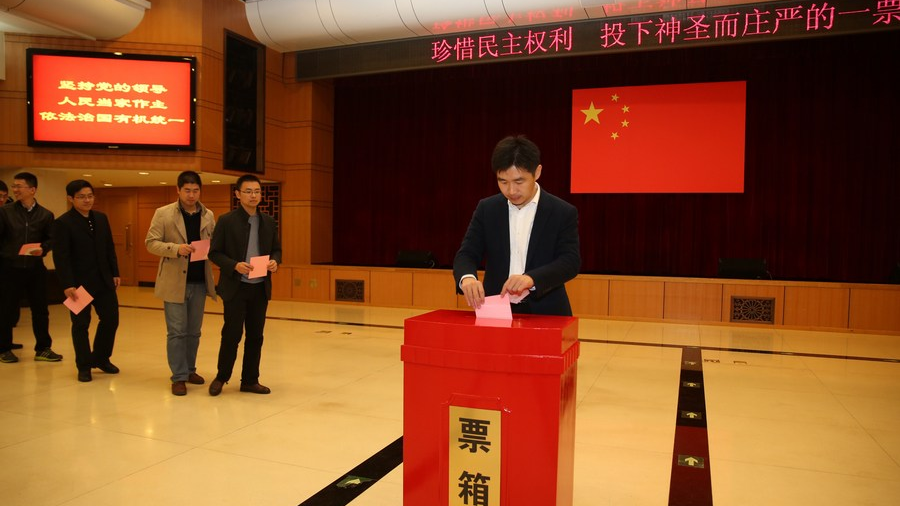 A voter casts his ballot at a voting booth to elect new deputies for the local people's congress in Beijing, capital of China, November 15, 2016. /Xinhua

History has taught China that copy-pasting other countries' political system will not lead to success. The late Qing government's self-strengthening movement attempted to Westernize but ended in failure. In 1911, after the revolution led by Sun Yat-sen overthrew the Qing, the Chinese has considered and experimented with constitutional monarchy, parliamentary system, multi-party system and presidential government, but none of them suited China's conditions.

Xi believes that no identical political systems exist in the world, and no political model applies to all countries.

"It is not feasible for China to copy the political systems of other countries, since those systems are not suited to our national conditions. Any attempt like this would at best lead to poor imitation, and might even ruin the country's future. The most reliable and effective systems for a country are always the ones that take root in and draw nourishment from their own soil," Xi said in a speech at the College of Europe in Bruges, Belgium, in 2014.