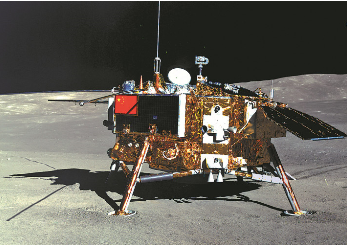 About a century ago, Chen Duxiu, one of the founders of the Communist Party of China, called for the people to use science to save the country from the dark ages. Science was also widely encouraged during the May Fourth Movement in 1919, a campaign that opposed imperialism and feudalism, thus changing the trajectory of contemporary Chinese history.

Despite its relatively late introduction, modern science has taken root, flourished and intertwined with the fate of this ancient nation. Scientific knowledge, along with the attitude, methods, ideas and spirit, are not only affecting people's day-to-day decisions, but are also driving the socioeconomic development of China and the world.

These facts will be more apparent this year as we celebrate the 70th anniversary of the founding of the People's Republic of China. The Chinese Academy of Sciences will also celebrate its 70th birthday in November.

This year is full of opportunities for me, as a science reporter, to geek out on China's scientific accomplishments and share my passion with a wider audience without feeling too out of place.

However, we must also acknowledge that China still lacks the talent, research capabilities and investment to produce original groundbreaking work in some basic research and core technologies, as noted by Wang Zhigang, minister of science and technology, at a work meeting in January.

During the two sessions this year, deputies to the National People's Congress, China's top legislature, and members of the Chinese People's Political Consultative Conference National Committee, the country's top political advisory body, will discuss and address various national issues, including those in the scientific domains.

While speaking to some national political advisers, many told me that improving innovation capabilities to drive development and deepen institutional reform, and using science to help build a moderately prosperous society in all respects are expected to remain priorities during their discussions at the two sessions.

Last year, China began pilot programs that aim to streamline the administration of scientific affairs, promote innovation and efficiency, and grant more autonomy to science workers. The Ministry of Science and Technology said in January that China will revamp its state key laboratory system.

Zhao Jindong, a CPPCC National Committee member and a CAS academician, said these institutional reforms will have a profound impact on China's scientific landscape, but how they will be implemented is still being formulated, and their effects remain to be seen.

Other hot topics include how to increase social and market engagement in scientific undertakings, especially in basic research, and improving the scientific literacy of the public. The management, use and sharing of China's ever-growing scientific assets, from research data to massive equipment, will also challenge the wisdom of scientists and officials alike.

Improving research ethics and academic integrity will be another topic that will be widely discussed, as the shadows of scientist He Jiankui's gene-edited babies and recent plagiarism accusations centered on actor Zhai Tianlin's doctoral research papers still loom over Chinese academia.

Chen Zong, a national political adviser and the former Party chief of the China Youth Center for International Exchange, said his peers have been frequently discussing these incidents because "they have a very negative impact on China's academic communities and the nation's image as a whole".

"Scientific ventures should follow moral and legal codes, and scholars should be held to the highest academic standards," Chen said. "Luckily, the government and various political advisers are all paying close attention to these issues. It will be interesting to see what measures will emerge in the future."