CHINA Talk of 'clash of civilizations' a huge mistake: MFA

Talk of 'clash of civilizations' a huge mistake: MFA

China agrees with Greek President Prokopis Pavlopoulos' notion that the talk of a "clash of civilizations" is a huge mistake, Chinese Foreign Ministry spokesperson Geng Shuang said at a routine press briefing Monday. 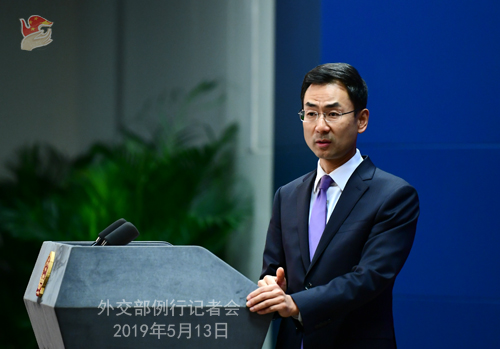 In response to Pavlopoulos' remarks, Geng said that respecting the diversity of civilizations is crucial to safeguarding world peace and harmony. It's also important to conduct dialogue between different civilizations so that different countries can coexist peacefully.

"Every country has the right to choose a development path that adapts to its own context. All countries should hold an equal, tolerant view towards civilization so that mutual learning and dialogue will be promoted. Faulty assumptions like the clash of civilizations or the superiority of civilizations should be abandoned," Geng added.

China and Greece are the inheritors of original civilizations and both share a lot in common in culture and concepts. China-Greece relations are turning into a paragon of peaceful cooperation between countries with different systems and cultures. The two countries should shoulder the due responsibilities and duties to promote world peace and build a community with a shared future for mankind, Geng said.