A stock with the code number "600759" became a hit on social media after it was mentioned by a talk show actor in his performance during the Mid-Autumn Festival holiday.

"600759" refers to Geo-jade Petroleum Corporation, an oil and gas exploration and development enterprise.

The comedian, House, mentioned it when sharing his bad investment experience with the stock in the latest program of the fifth season of "Rock & Roast," a competition for stand-up comedians.

He also directly disclosed the stock code that cost him so much money – 600759.

The stock unexpectedly started trending and caught the high attention of A-share investors because of his performance. Comedian House talks about his investment experience with the stock "600759." (Photos: Shine)

House said on Weibo at 12:14am on Tuesday that he created this content only to bring people some joy. Neither he nor his family currently owns the stock and have no plans to do so.

In the post, he reminded people to treat it rationally: "There are risks in the stock market, so investors need to be cautious."

The company also issued a statement on Monday: "Up to now, the company's production and operations have not undergone major changes." Company officials asked investors to invest rationally and pay attention to risks.

Though both the company and the actor had already made clarifications, the stock opened 5.2 percent higher today, the first trading day after the three-day holiday.

"The price trend (of 600759) was abnormal this morning," according to a statement issued by the Shanghai Stock Exchange on Tuesday.

The listed company has issued an announcement to clarify that there has been no major change in the company's production and operations. 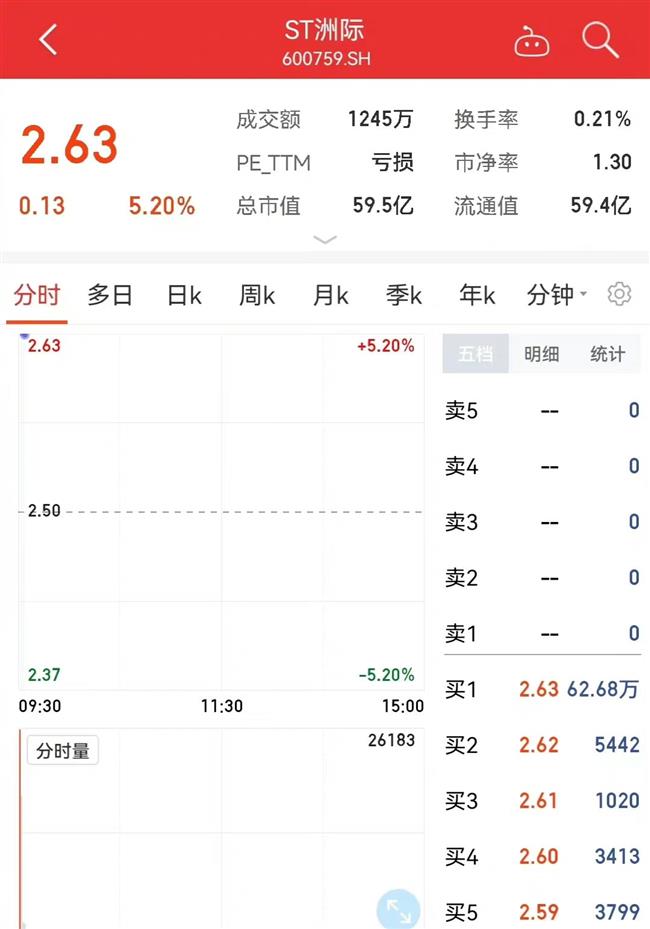 The stock opened 5.2 percent up on Tuesday, the first trading day after the three-day holiday.