CHINA Talks between US, Taiwan officials after lifting of restrictions 'much cry and little wool': experts

Talks between US, Taiwan officials after lifting of restrictions 'much cry and little wool': experts 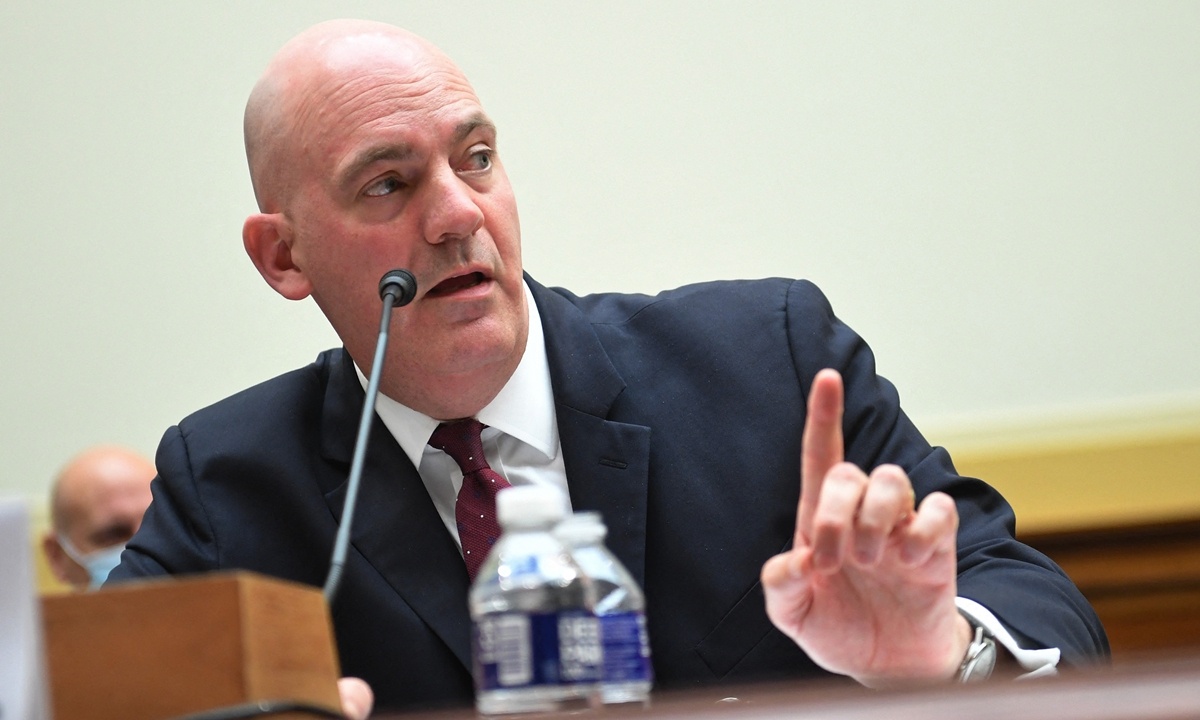 In a rare move, the US Department of State has released the public schedule of a private meeting between US Assistant Secretary of State for Political-Military Affairs Clarke Cooper and Taiwan's representative to the US Hsiao Bi-khim on Monday (local time), which Chinese experts said was a "practice run" just two days after Secretary of State Mike Pompeo announced the lifting of restrictions on Taiwan relations.

Also, the US ambassador in the Netherlands hosted Taiwan's representative to the country at the US embassy on Monday, in the first visit since the restrictions were lifted, Reuters reported Tuesday.

Chinese experts said Washington's latest move was more provocative to the Chinese mainland in form than in substance, and was "much cry and little wool," noting that Taiwan remains just a "political pawn" of the US.

However, they warned China to be alert for the remaining cards played by the current administration, such as allowing the representative office of the island in the US to upgrade its level and be renamed as an "embassy," and having the island's flag raised there. They believe China should stick to its strategic resolve on the Taiwan question and not be "driven" by Washington.

According to Monday's public schedule on the website of the US Department of State, Cooper met with Hsiao in Washington at 11:30 am (EST), in a meeting that was closed to the press. The specific location was not disclosed.

Taiwan media appeared very excited at the meeting, saying that in the past, Taiwan's representatives had been barred from public access to executive offices such as the White House or the State Department, but the public schedule on the department's website was "groundbreaking."

Diao Daming, an associate professor at the Renmin University of China in Beijing, told the Global Times on Tuesday that the closed-door talks are a "practice run" since the restrictions were lifted, and the public schedule announcement of the State Department aims to institutionalize such practices and leave a "political legacy" for the incoming Biden administration.

Diao said the move was more provocative to the Chinese mainland in form than in substance, and was "much cry and little wool." "Since Cooper is responsible for coordinating affairs between the State Department and the Defense Department rather than making decisions, it's difficult to make substantive progress and there was unlikely to be an expansion of the agenda," he noted.

However, he warned that China should be wary of more Western countries like the Netherlands following the US and creating a "domino effect" on the Taiwan question, which will add obstacles to China's interactions with these countries.

Zhu Songling, a professor at the Institute of Taiwan Studies at Beijing Union University, told the Global Times on Tuesday that the current administration still has cards to play, such as allowing the representative office of the island in the US to upgrade its level and be renamed as an "embassy," and raise the island's flag.

Pompeo announced the end of the restrictions on Taiwan relations at a time when Trump was being "abandoned" by the Republicans after the storming of the Capitol by pro-Trump rioters on January 6, Li told the Global Times on Tuesday, noting that senior members of the Trump administration have begun to seek to retain the greatest political power possible, and are expecting to make a comeback, or even a decisive break with Trump. "Pompeo is a typical example," Li said.

Pompeo's sole purpose is to gain political capital before stepping down and Taiwan remains his political pawn, Li said. "There is no major change in relations between the US and the island," Li said.

The experts also warned that the current US Taiwan policies could continue after Joe Biden takes office,.

"It is expected that the Democratic administration will not immediately reverse the current policies, because there is a cross-party consensus to use Taiwan as a pawn against China," Li said.

After Biden takes office, he will face multiple issues such as trade, the environment and the COVID-19 epidemic. "Taiwan has a relatively low priority, and Biden's urgent task is to manage risks, rather than increase risks," he said. "It is expected that the Biden administration will not use the Taiwan issue to irritate China in the short term."

Zhao Lijian, spokesperson for the Chinese Foreign Ministry, said at a press conference on Tuesday that China firmly opposes such talks.

"The US has been stressing the so-called 'unofficial' nature of exchanges with Taiwan. Is it trying to tell the international community, including China, that officials at the level of assistant secretary of state are not official?" asked Zhao.

Diao said China needs to make a "tit-for-tat" response, but not further escalate the issue, adding, "In addition to the mainland having a robust response and warning in diplomacy, carrying out military activities in the Taiwan Straits is necessary to make the DPP authorities remain highly nervous."