Hong Kong will be thrown into chaos again if it does not fully implement the principle of "patriots governing Hong Kong", Tam Yiu-chung, the city's sole member of the Standing Committee of the National People's Congress, said on Thursday. 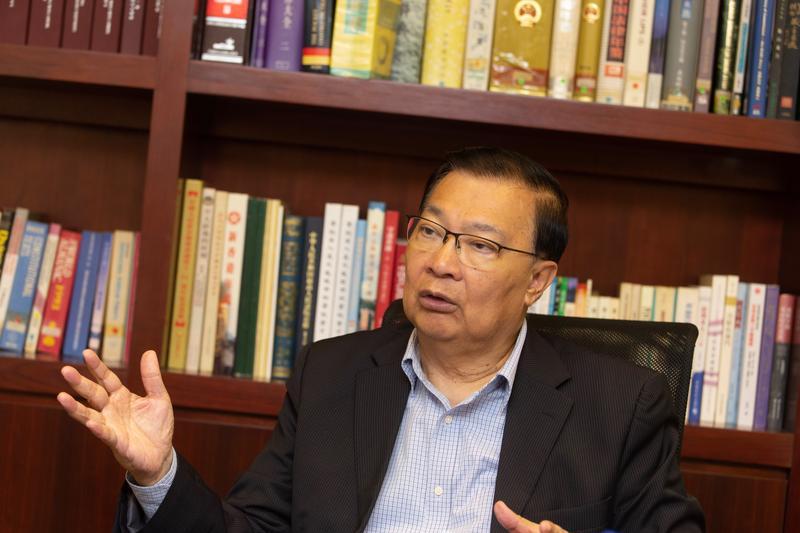 Tam Yiu-chung, Hong Kong delegate to the Standing Committee of the National People's Congress, receives an interview with China Daily on May 22, 2019. [ROY LIU/CHINA DAILY]

Citing the social unrest in 2019, the veteran politician said many people in Hong Kong never wanted their home city to be paralyzed again.

Tam told reporters that he fully supports the "patriots governing Hong Kong" principle, which was underlined in a speech on Monday by Xia Baolong, director of the Hong Kong and Macao Affairs Office of the State Council.

Tam said the ultimate goal of the principle is to maintain Hong Kong's long-term stability and prosperity, and safeguard national security and development interests. This goal is in line with residents' interests and expectations.

"Looking back on a series of social incidents, from protests against national education in 2012, and illegal 'Occupy' protests in 2014, to the social unrest in 2019, the anti-China acts escalated and brought more and more serious results to the city," Tam said, adding that these painful experiences were worth the city's attention and reflection.

He said that the fundamental solution to prevent the city from descending into chaos again was to ensure those who govern it are patriots.

"Those who attempt to achieve their political goals at any cost, including sabotaging the city's development, are not people who love the country and love Hong Kong," Tam said.

In his speech on Monday, Xia also mentioned the necessity to reform the city's electoral system in bid to implement the principle of "patriots governing Hong Kong".

Tam said it is necessary to review the city's electoral system and look into how to plug existing loopholes in view of what happened during the city's 2019 District Council elections.

The election, which was held on Nov 24, 2019, was unfair, according to Tam, as some politicians made use of the social unrest and violence to suppress the pro-establishment camp's election campaign and their supporters.

Before the election, some district offices of pro-establishment organizations were vandalized by rioters. Residents who had different views from the protesters were attacked on the streets.