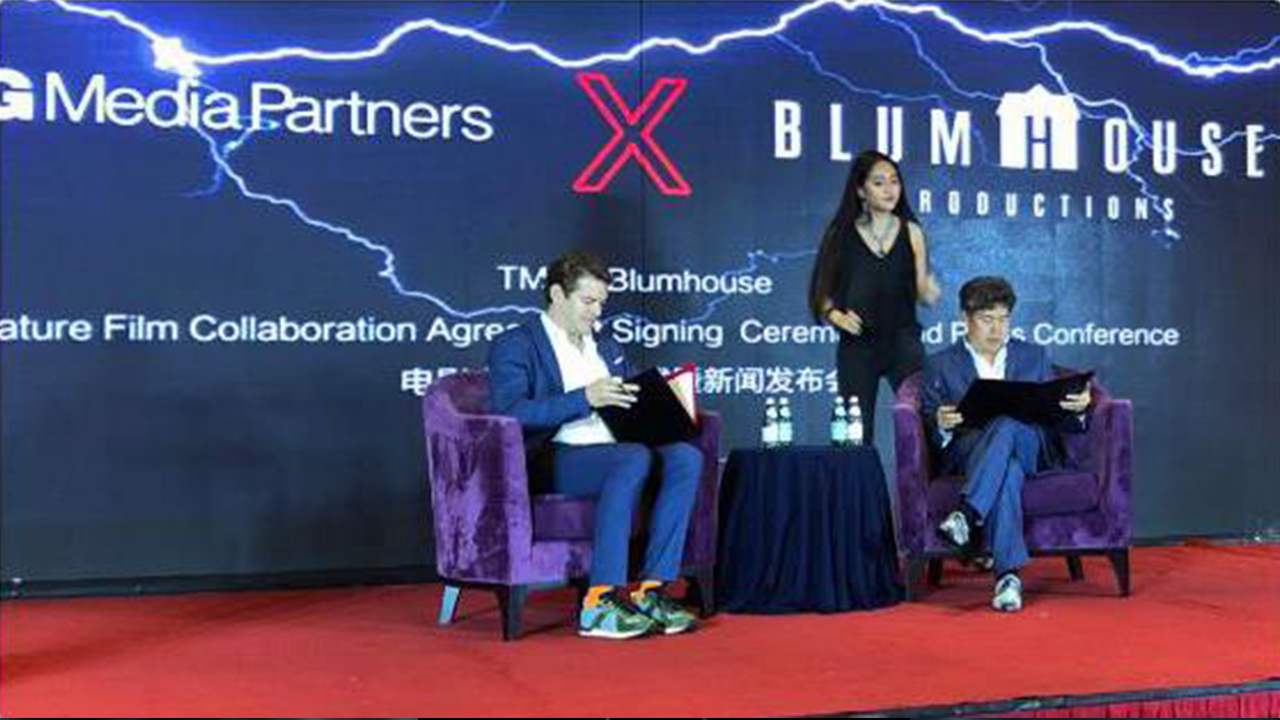 The Hollywood producer known for making low-budget high-profit horror films is bringing his talents to China.

They unveiled their new partnership at the Shanghai International Film Festival on Monday.

Blum's low-budget, high-concept approach to the horror movie has made him a force to be reckoned with in Hollywood. Now, his studio, Blumhouse Productions, will bring its talents to China via the partnership with TMP, the Shanghai- and Los Angeles-based entertainment company founded by Tang in 2015.

The two partners said they have entered into a collaboration agreement to co-develop and co-finance a slate of Chinese-language horror and thriller films to be distributed by TMP in China. The projects will be jointly produced in both China and the US.

The partners said their first collaboration will be “American Nightmare,” a Chinese-language horror film that will be shot in Los Angeles.

China has represented Hollywood's fastest-growing segment of the global box office for at least half a decade, but the horror genre — while red-hot in North America — has remained nearly non-existent in China.

Blumhouse's most highly-successful horror/thriller titles— “Get Out”, “Split” and the “Paranormal” franchise — were not screened in China.

Some nongraphic US horror films have begun to find a foothold there, such as the international horror smash “A Quiet Place,” which was cleared by Beijing for release in April and went on to earn a healthy 33.7 million US dollars in the Middle Kingdom. Blumhouse's own “Happy Death Day” was also released in China and earned, nearly 10 million US dollars here.

There is speculation about why the internationally successful films did not screen in China.  Is it because China does not have an official rating system?  Or the fact that often only films deemed acceptable to audiences of all ages are granted permission to screen in China?

Regardless of what may or may not be the case, Blum and Tang are betting that quality storytelling, combined with the recent expansion of the variety of films being shown in the Chinese theatrical landscape, their partnership will be able to further capitalize on the genre's untapped potential.

‘Get Out’ managed to get in

"Despite Blumhouse’s success around the world, we have been unable to crack the Chinese market," Blum said Monday in Shanghai. "With Donald Tang's help, we’re hoping we can do it now."

Timed to coincide with the TMP partnership announcement, the Shanghai International Film Festival was scheduled to screen Blumhouse's Oscar-winning horror hit Get Out for the first time in China on Monday night.

Tang, a former investment banker launched TMP in 2015.  It is now beginning to escalate its original film and television output around the world. According to The Hollywood Reporter, the company's flagship US entertainment arm, Global Road revealed at the Berlin Film Festival in February that the studio had amassed a 1 billion US dollar war chest to spend on film production over the next three years.

"Jason Blum is a master storyteller who has proven that his revolutionary take on the horror/thriller genre travels around the globe with an unparalleled level of success," Tang said in Shanghai. "We are proud to partner with him to bring his magic to China."