CHINA Tariffs on China to 'hit home for every American,' warn US industries

Tariffs on China to 'hit home for every American,' warn US industries 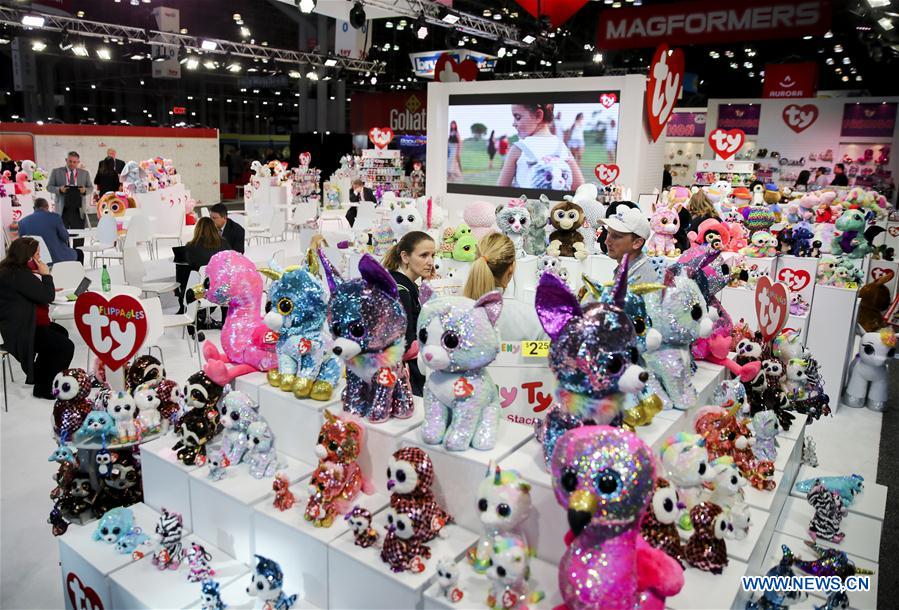 NEW YORK (Xinhua) -- Kevin Cheung, vice president of a New York-based clothing firm, recently twisted his ankle and is steadily recovering from an intense burning sensation on it.

Yet there are no signs of easing of the "slow burn" that his company, Lisa International, has suffered since the United States initiated tariff disputes with China last March.

As Washington increased additional tariffs on 200 billion U.S. dollars' worth of Chinese imports from 10 percent to 25 percent earlier in May and threatened to raise tariffs on more Chinese imports, this worsening trade row between the world's two largest economies has prolonged market uncertainty.

"Clothing tariff is still not in place yet, but we assume it will be here soon. This is a bigger concern to me," Cheung told Xinhua in a recent interview.

Cheung's concern was shared by a growing number of U.S. industry leaders who warned the White House of the "catastrophic" impact of such trade disputes on Americans with rising costs and dwindling profits.

"This latest escalation means the trade war will only get worse and hit home for every American," said a statement released on May 13 by the Tariffs Hurt the Heartland campaign, which comprises over 150 U.S. trade organizations.

Tariffs are taxes paid by American businesses and consumers, and they force American consumers to pay more for clothes, shoes, toys, electronics and even food while making it more difficult for U.S. exporters to compete, it said.

"The trade war has gone on for far too long, and the costs have grown far too high. The patience of farmers, manufacturers, businesses and consumers is wearing thin, " it said.

Grant Kimberley, a sixth-generation soybean farmer and marketing director of the Iowa Soybean Association, said he and his peers hope some quick and positive changes could be made.

U.S. soybean exports to China have been down 89 percent over the past year, and about half of the supplies that would normally have gone to China have now gone somewhere else, with farmers "still at a deficit for net total exports," Kimberley told Xinhua.

"It's likely the trade dispute could be a long-term reality," he said. "With prices going lower and soybean supplies growing, and with only modest hope that a resolution is near, we're likely to be mired in this scenario for some time."

"For some farmers, the crop they're currently planting may be their last," he said.

Washington's tariff hikes will also hit the U.S. toy industry hard given "how heavily we rely on China for toy manufacturing and how thin the profit margins already are," said Rebecca Mond, vice president of federal government affairs at the Toy Association, a 950-plus-membered industry group.

The U.S. position on solving trade disputes with China by using tariffs is "very aggressive" but "counterproductive," said Steve Hoffman, a veteran investor and CEO of Founders Space, a leading incubator and accelerator in Silicon Valley.

"Right now, the negative impacts of the U.S.-China trade conflicts are broadening beyond (U.S.) agriculture and beyond commodities, like steel and other stuff, into consumer electronics and other areas. And that could have a big impact in my home turf which is Silicon Valley," Hoffman told Xinhua.

"Should a 25-percent tariff rate apply to all tech product imports the costs could run into the tens of billions of dollars," said Holland, adding that barriers to trade will also "negatively impact the products that are designed, developed and manufactured in the United States."

According to a recent report by Swiss investment bank UBS, over 12,000 U.S. brick-and-mortar stores of apparels and textiles would be at risk because of the possible new tariffs.

The big wave of store closures would be highly negative and create intense inventory dislocations and discounting in addition to impacts on jobs and the economy, the report said.

The Footwear Distributors and Retailers of America, a trade organization, estimated the new tariffs could cost U.S. consumers 7 billion dollars a year.

"It is time to bring this trade war to an end," said an open letter signed by 173 footwear companies and retailers.

The latest U.S. tariff hikes will impose a total annual cost of 831 dollars for a typical U.S. household, said a research posted Thursday by the Federal Reserve (Fed) Bank of New York.

"In sum, according to our estimates, these higher tariffs are likely to create large economic distortions and reduce U.S. tariff revenues," it said.

It took U.S. farmers more than 40 years to build the soybean market in China, said Stephens, warning that it will become "increasingly difficult to recover" as the U.S.-China trade row rumbles on.

"The tariffs need to be removed. Let's get back to trading in an open market. That's free trade for both sides," he said.

"To decouple the American and Chinese economies would be an economic disaster, damaging each country and the entire world," Chairman of the Kuhn Foundation Robert Kuhn told Xinhua.

Concurring with Kuhn, Sourabh Gupta, a senior fellow at the Washington-based Institute for China-America Studies, said "it is utterly unrealistic to uncouple China and the U.S. economically. The two economies are symbiotically connected and are too interdependent to be pried apart."

Criticizing Washington for pushing its trade partners into a "win-lose situation," Hoffman said mutually respectful trade "is the whole principle behind our system. And I think that principle still holds."

"In fact, such trade wars are just disruptive to business on both sides, which created uncertainty, confusion, and the whole supply chains and everything that businesses have planned for get turned upside down," he said.

"A mass shift of production out of China is not a viable option for our industry," said Mond. "The infrastructure, capacity and workforce to meet consumer demand does not exist anywhere else."

Although Cheung has started to diversify his company's supply base as part of his mitigation tactics, he said he "will not change to 100 percent out of China."

"That would be foolish," he said.