Traditional Chinese medicine (TCM) has been effective in treating patients infected by the novel coronavirus (COVID-19) in Beijing. 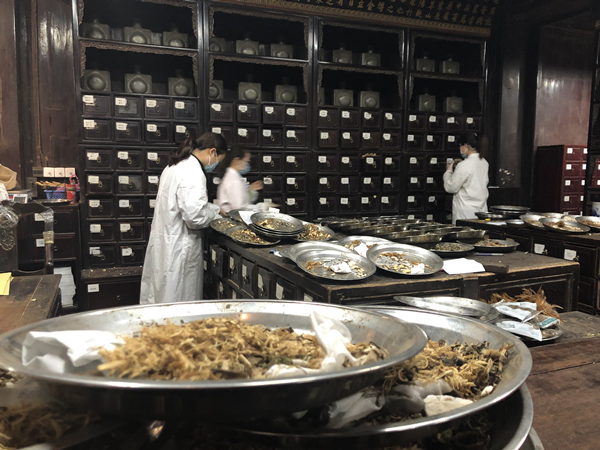 The patients' overall response rate to TCM treatment was 92 percent by Feb. 22, Gao Xiaojun, spokesperson for the Beijing Municipal Health Commission, said at a press conference on Monday.

Since the virus outbreak, Beijing has combined both TCM and western medicine to treat the patients, Gao said.

Gao cited the example of a patient once in critical condition.

"Three TCM experts prescribed TCM medication for the patient, which lowered the patient's body temperature, and the patient is in stable condition now," Gao said. "There are many other similar cases."

Of the close contacts in Beijing, about 5.8 percent turn into confirmed infections, Gao added.