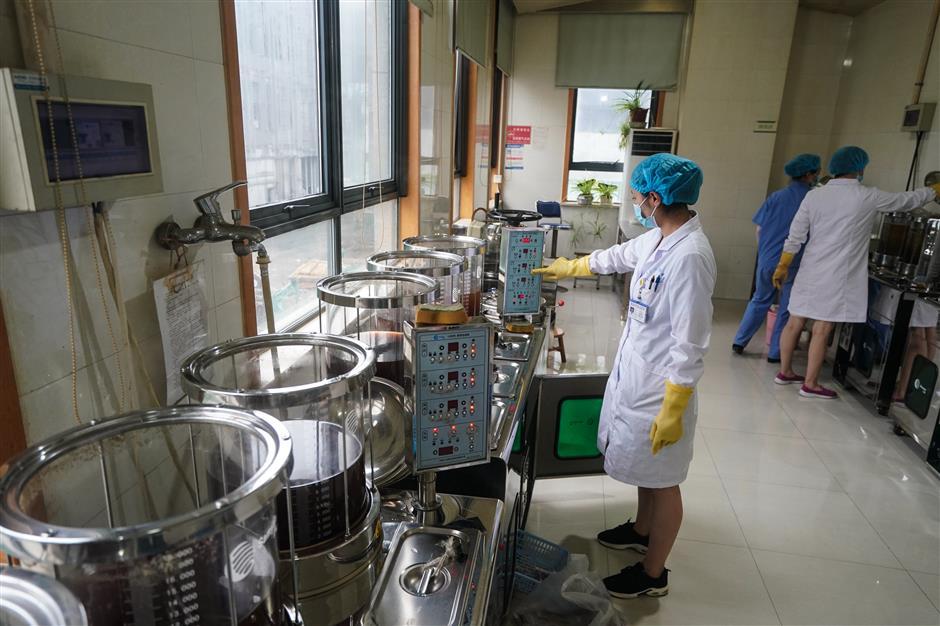 A medical staffer prepares traditional Chinese herbal medicine at a hospital in Nanjing.

More than 300,000 portions have been given away free by Nanjing Hospital of Chinese Medicine to people in isolation in the city since July 20.

The hospital has also provided nearly 15,000 bags of decoctions for inpatients and community residents to prevent the epidemic.

Since July 20, Nanjing has reported a total of 234 confirmed locally transmitted cases, 203 of which are being treated under isolation in designated hospitals.