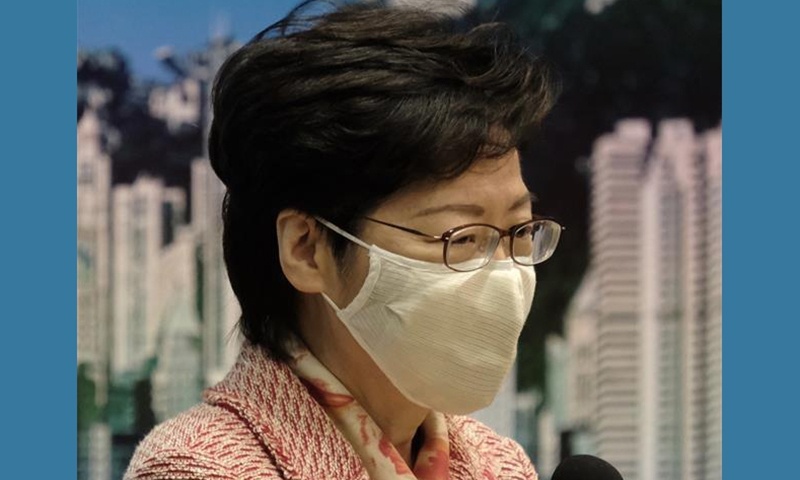 Chief Executive of the Hong Kong Special Administrative Region (HKSAR) Carrie Lam speaks at a press conference in Hong Kong, south China, Oct. 6, 2020. Carrie Lam said Tuesday that the HKSAR government will continue to take out the "black sheep" in the education sector after a school teacher was deregistered for spreading "Hong Kong independence" in the classroom. (Photo: Xinhua)

The teacher was found guilty of serious professional misconduct, the Education Bureau said. Investigations showed that the teaching materials the teacher designed systematically spread "Hong Kong independence", which went against the constitutional and legal status of the HKSAR under the Basic Law.

The bureau has probed into more than 200 complaints against misconduct of teachers filed between June 2019 to August 2020.

Apart from the deregistration, the bureau sent reprimand and warning letters to other 33 teachers, who could also be disqualified if found guilty of misconduct again.