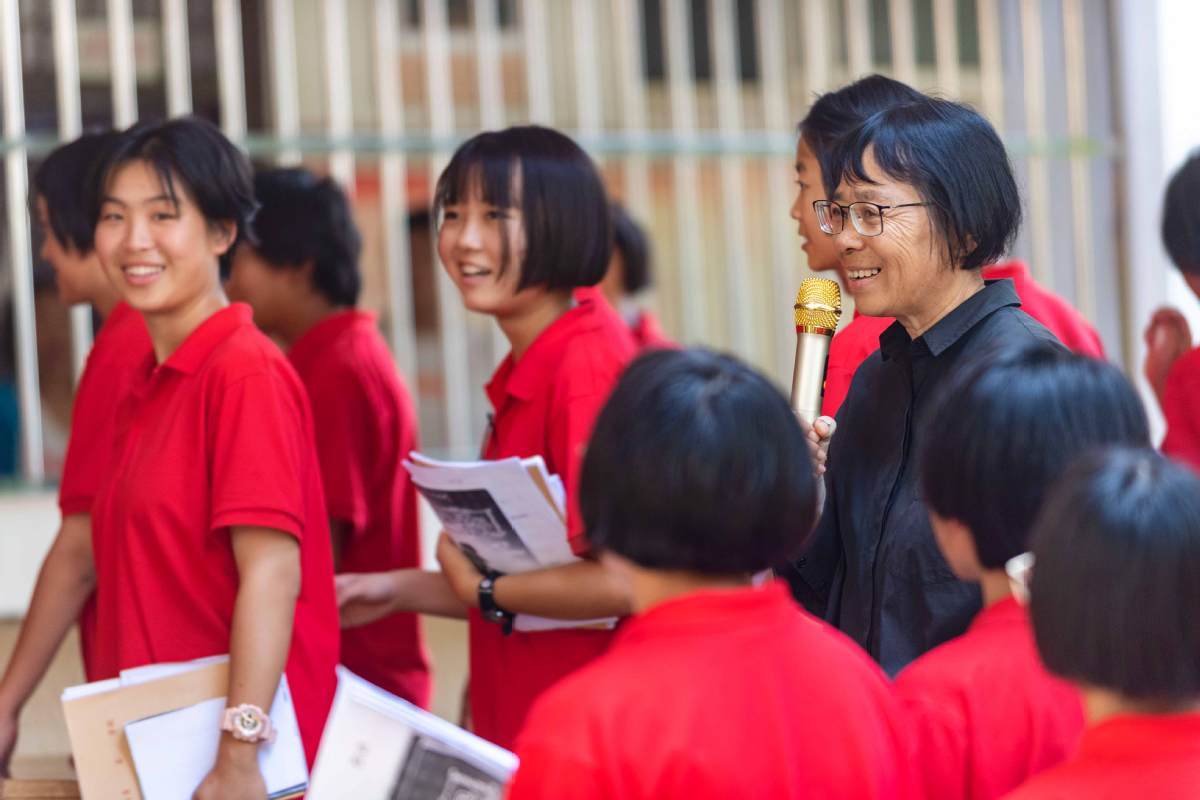 Editor's note: As the Communist Party of China celebrates the 100th anniversary of its founding this year, China Daily talks to CPC members to know what made them want to become a Party member and the impact this has had on their work and life.

Twenty years ago, Zhang Guimei encountered a teenage girl sitting in a daze on the side of a road in Huaping county, Yunnan province, with a sickle in one hand and a broken straw basket at her side.

Zhang, a local high school teacher, asked what was wrong.

The girl told Zhang that she wanted to go to school, but her family was too poor to afford it. Her parents had arranged for her to be engaged and had already received betrothal money of 30,000 yuan ($4,665) from her fiance's family.

Zhang went to the 14-year-old girl's home in an attempt to persuade her parents to allow their daughter to continue schooling.

"Please leave the girl to me. I'll take care of her tuition and allowance," Zhang said to the girl's parents.

However, they flatly refused her.

With the young woman always on her mind, Zhang racked her brain trying to figure out how to help the local girls.

"I found that the number of girls in school was getting smaller from grade 10 to grade 12," she said.

Girls often had to drop out of school because their parents save money for their sons instead, or the girls must prepare for marriage after their parents have received a dowry.

"If you educate a woman, you educate a nation," Zhang said. "An educated woman will be responsible and won't let her children drop out of school."

Zhang came up with the idea of building a girls-only high school where students wouldn't have to pay anything. She started fundraising campaigns, but they weren't successful.

In 2007, Zhang was elected a representative of the 17th National Congress of the Communist Party of China and attended the plenum in Beijing. A news report on Zhang helped her ambition of building the school catch the attention of Huaping county officials and other supporters.

In 2008, Huaping Girls' High School, China's first tuition-free high school, was opened and enrolled 100 students, with Zhang as its president. Most of the girls were from mountainous areas and had failed high school entrance exams. Several had physical disabilities or were orphans or children of single parents.

"As long as the girls want to be educated, the high school opens its arms to them," Zhang said.

However, the school did not fare well in the beginning. Less than half a year after opening, there was an exodus of the teaching staff－nine of the 17 teachers recruited by the school left.

Zhang was happy to find that six of the teachers who remained were CPC members and were committed to helping girls in the mountainous area pursue their dream of going to a university.

"I hope that the girls get stronger and are able to assist those who are in the need of help," she said.

In 2016, Huaping Girls' High School was upgraded with new facilities, including a canteen, dormitory and track field.

Ninety-six of the first 100 students made it to college entrance examinations and got offers from universities.

So far, 1,804 of the school's students have been enrolled in institutions of higher learning in China.

Zhang was born in 1957 into a worker's family in Northeast China's Heilongjiang province, the youngest of six children. At 17, she followed a sister who was sent to work in Yunnan. After graduating from Lijiang Normal School, Zhang moved with her husband to Dali, Yunnan, where both of them were teachers.

In the aftermath of her husband's death in 1996, Zhang moved to Huaping, where she taught at a school during the day and took care of a children's home in her spare time.

Shan Qiyan, who graduated from Huaping Girls' High School in 2014, called the school "a big family with Zhang having an important place in their hearts".Now Shan herself is a kindergarten teacher.

Zhang has donated more than 1 million yuan to the school in the past three decades, having only meager savings for herself. She lived in the school's dormitory with the girls.

Following in Zhang's footsteps, many of the graduates of Huaping Girls' High School have chosen to work in remote areas.

"I'm grateful to Teacher Zhang," said Zhou Yunli, who graduated from the school and was enrolled at Yunnan Normal University. Now she teaches at Huaping Girls' High School.

Zhang was among the role models commended by the Ministry of Education in September.