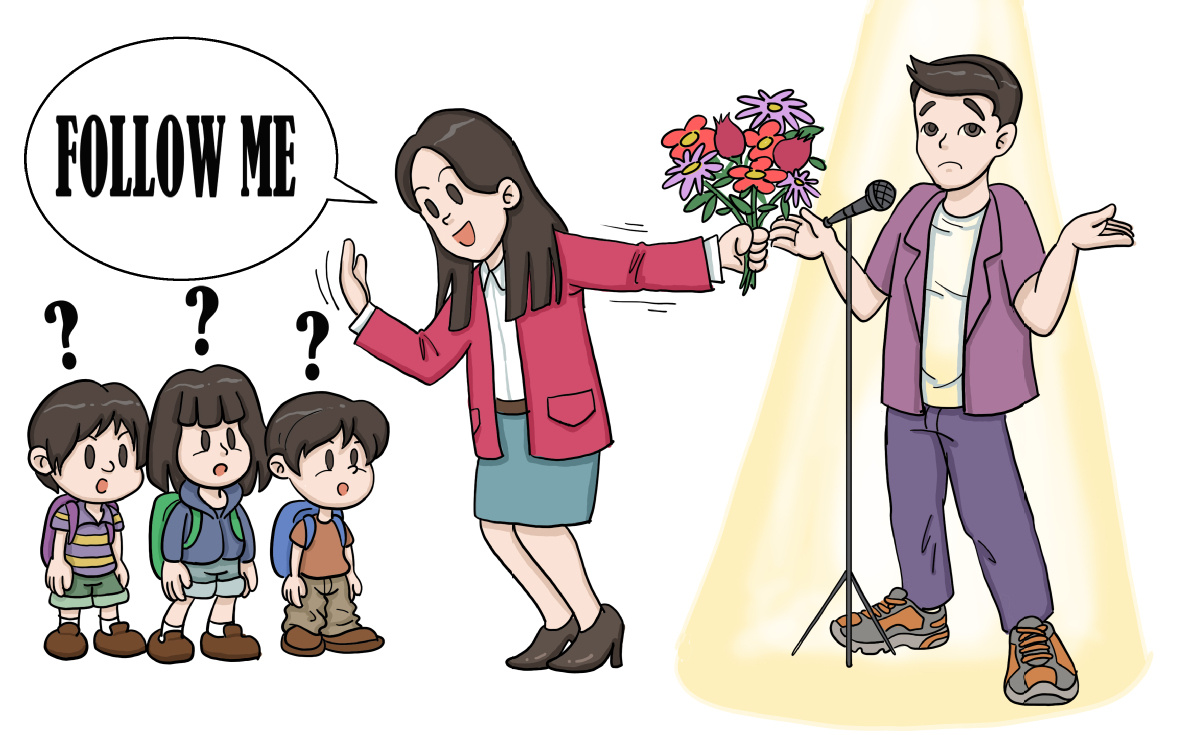 The education bureau of Suqian city in Jiangsu province has suspended a local primary teacher for organizing her students to support an idol.

Many netizens and official organizations condemned the teacher for breaking professional standards and neglecting children's proper education, prompting the Suqian education bureau to step in and launch an investigation.

The school has suspended the teacher, and the bureau said she has realized her mistake and wrote a letter of self-criticism.

On Sunday morning, a Weibo user posted the video in which the entire class was standing, doing the same movements and shouting in unison under the teacher's guidance: "Brother Xiao Zhan, you are very good, we like you very much!"

The user also questioned the teacher's behavior, saying the children must have rehearsed it for a long time in order to shout the slogans in such a unified manner.

"Did they rehearse it during classes or after school? Does the school know this? Do parents know this?" the user commented.

The user also revealed the teacher's account on Tik-Tok, a video-sharing platform. One of the videos showed the teacher praising her students for answering "boyfriend" to her question, "who is Xiao Zhan to me?"

"The act of openly guiding young students to support a celebrity in the classroom reflects loopholes in education management and also serves as a wake-up call," it said.

The communist youth league of China also left comments, saying students should not become tools for teachers to support idols.

Xiao on Sunday night responded to the incident, saying he didn't need support. "I hope everyone can prioritize their studies, work and life over admiring celebrities," he said, urging his fans to fulfill their responsibilities and obligations and stick to professional norms and bottom lines. "Study hard and work hard."

The video has raised heated debate on Chinese social media, with many netizens criticizing the teacher's behavior and calling fans to support stars in a rational way.

Ye Qiusheng, a Weibo user, said: "It is your own business to like whichever celebrity you like, but will you not pass such values to minor children?"

"A teacher's job is to educate people. They should not bring personal emotions into their work to influence others. This teacher should apologize and be responsible for what she did," another user said.