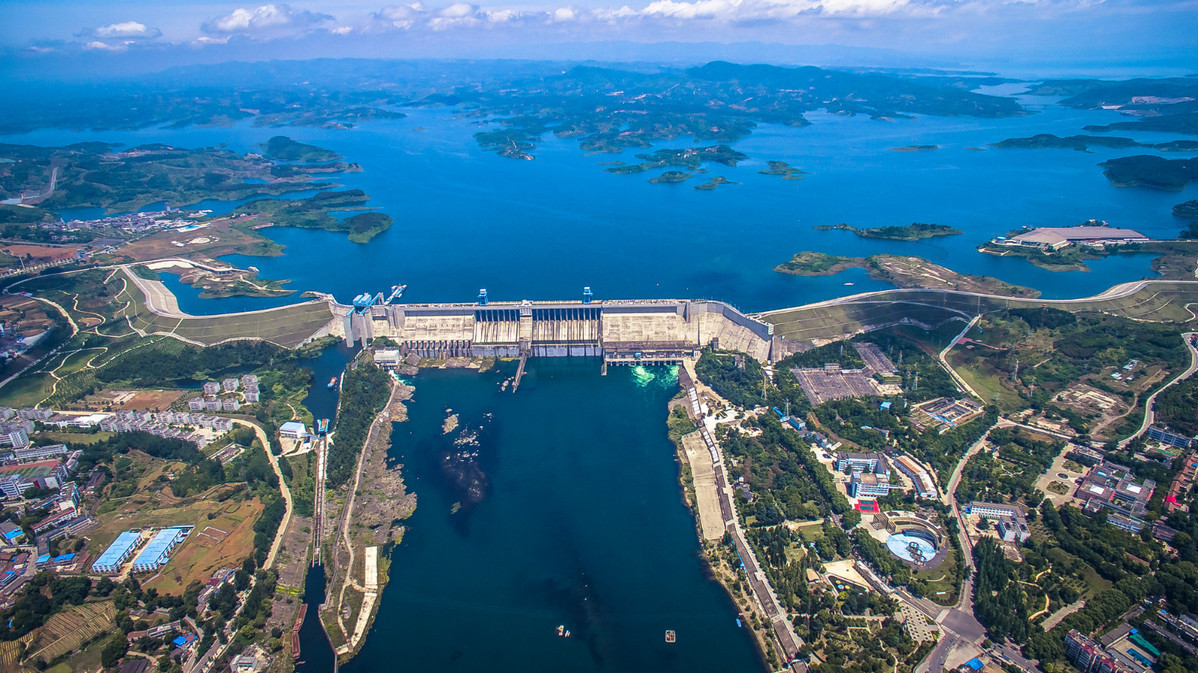 An aerial view of the Danjiangkou Dam in Hubei province. The reservoir is the start of the middle route of the South-North Water Diversion Project. (Photo: China Daily)

Almost seven decades after the first survey for the western route of the country's South-to-North Water Diversion Project, a team has set off again for a new study mission that is expected to help finalize a decisive report for selecting the route's final plan.

The key task for the team, which comprises 18 engineers with expertise on geology, exploration and engineering design, is to examine one of the options for the route, according to a media release by the Yellow River Conservancy Commission, an affiliate with the Ministry of Water Resources.

The option plans to divert water from Lianghekou section of Yalong River and Shuangjiangkou section of Daduhe River, both located in Sichuan province in upstream of Yangtze River, to Taohe River, a tributary of the Yellow River in Gansu province, it said.

In an over 5,000-kilometer journey that will last for about 20 days, the team will visit the proposed sites for construction of entrances and exits of tunnels and main buildings in the option. Major geological structures along the option's proposed route will also be inspected.

As planned, the report on comparison and examination of options for the western route will be completed by the end of this year. The team's work will lay a solid foundation for the report's conclusion, it added.

Initiated in the 1950s, the South-to-North Water Diversion Project consists of three routes. Though the eastern route has been in operation since 2013, and the middle route since 2014, construction has not yet begun on the western route, which aims to relieve the drought in northwestern China with water from the southwest.

In November 2019, while presiding over a work meeting on follow-up efforts in the South-to-North Water Diversion Project, Premier Li Keqiang called for more effort to push the South-to-North Water Diversion Project and other key water conservation projects to address uneven distribution of water resources while tapping these projects' potential in stabilizing economic growth and creating jobs.

While asking officials to push the follow-up construction of the eastern and middle routes at an appropriate time, Li also said the comparison and examination of the options for the western route should be carried out.

According to the Yellow River Conservancy Commission, the first survey for the western route of the project was launched in 1952.