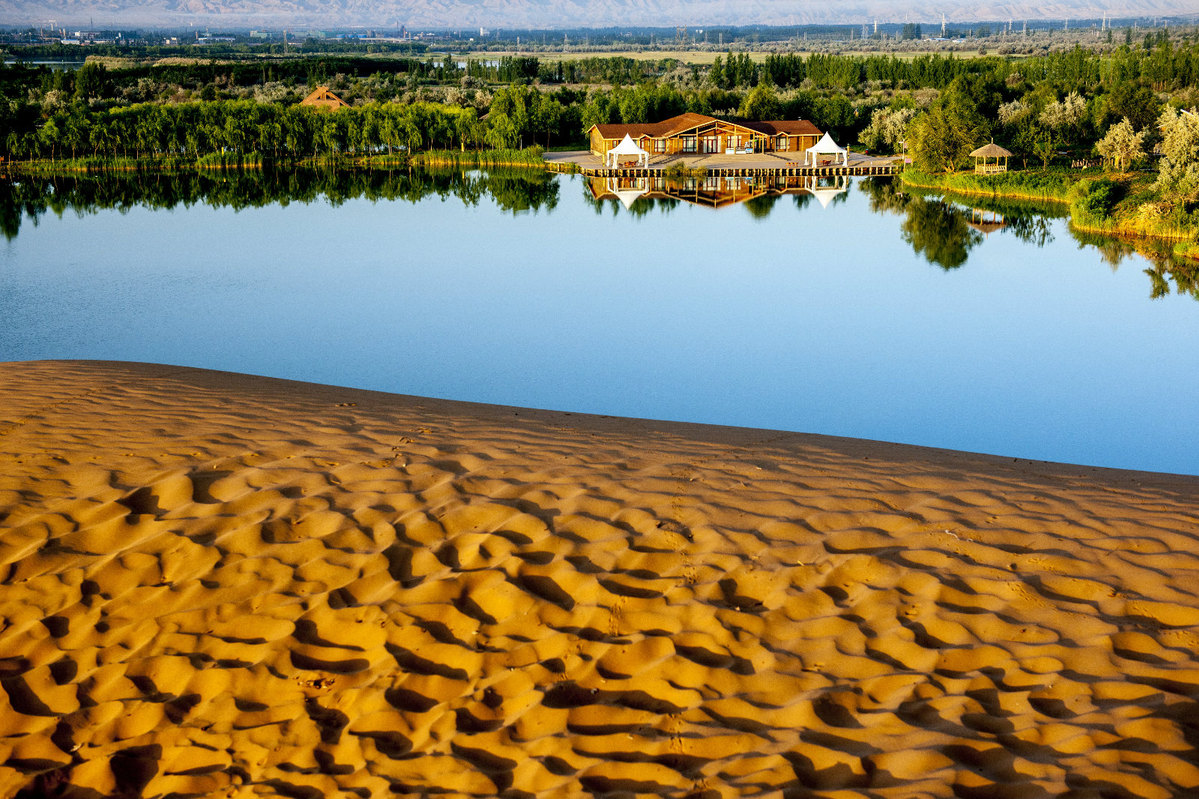 The Jinshadao ecological restoration area in Zhongwei prevents eastward expansion of the Tengger Desert, the fourth-largest desert in the world. (Photo provided to chinadaily)

China's top environmental watchdog has dispatched a team to investigate a serious case of pollution on the edge of one of the country's biggest deserts.

The thick, black pollutants were discovered by a group of environmental volunteers on Thursday in a forest that had been planted with trees for papermaking.

The volunteers were conducting a survey near Shapotou National Nature Reserve in Zhongwei, Ningxia Hui autonomous region, when they saw the pollutants on the edge of Tengger Desert.

Over 42,000 metric tons of pollutants have been dug out and sealed up in waterproof bags.

They will be disposed of after the local authorities confirm the nature of the liquid waste, Ningxia Daily, the official newspaper of the regional government, reported on Sunday.

An unnamed official from Zhongwei's city government told news website ThePaper.cn the contaminants had been left by papermaking company Meili, which had abandoned the site after it went bankrupt.

The official did not say when the company went bust.

Zhongwei's environmental authority said an environmental company had helped it draft an emergency disposal guideline and sent samples of the pollutants to Shanghai for testing.

It said it had launched an investigation into the suspected polluter.

The Ministry of Ecology and Environment said in an online statement on Saturday it had sent a team to the site, and information about the investigation would be made public in a timely manner.

The Tengger Desert was the scene of another major pollution case five years ago, when Ronghua Industry& Trade in Wuwei, Gansu province, was found to have discharged over 83,000 tons of sewage into the desert and polluted an area of more than 18 hectares.

Last year, a local court sentenced two executives of the company to three years in prison, with four years' probation. They were each fined 50,000 yuan ($7,100), and the company was fined 3 million yuan.

The fourth-largest desert in China, the Tengger Desert is mainly located in Inner Mongolia autonomous region and Gansu province, but also borders Zhongwei.