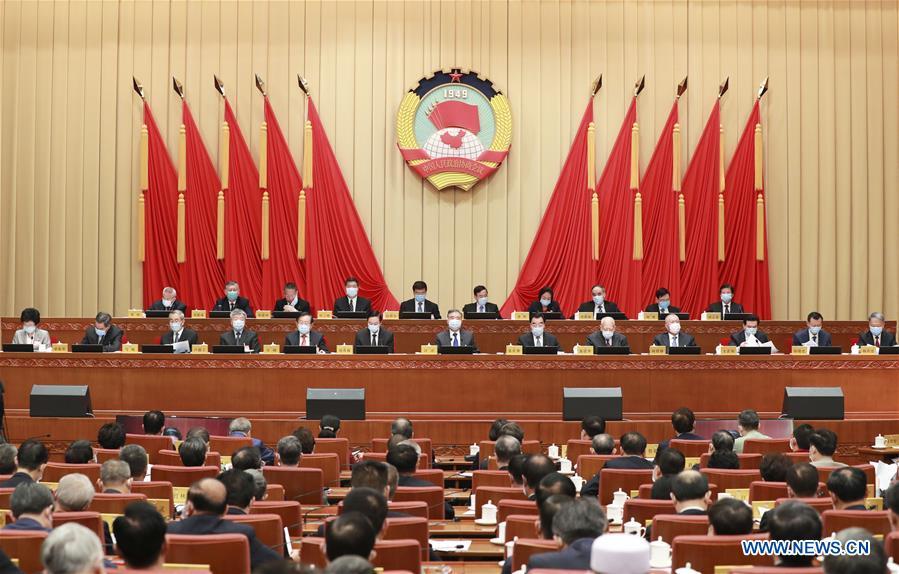 Technology is playing a greater role this year in bringing the nation's top political advisory body closer to the people, as members of the National Committee of the Chinese People's Political Consultative Conference prepare to meet in Beijing for their annual session starting on Thursday.

The website of the CPPCC National Committee started to seek opinions and suggestions from netizens on May 8, which will help the 2,100 national political advisers learn more about the opinions of the public before they gather in Beijing.

The new platform will help the public share their insights with CPPCC members on China's major political, economic and social issues at the upcoming annual meeting.

Each proposal will be seriously considered and may be forwarded to CPPCC members or sent directly to the related department of the CPPCC National Committee, according to the committee.

The CPPCC is an important means of promoting socialist democracy in China. Its members serve as advisers for government, legislative and judicial bodies and put forward proposals on major political and social issues.

Their suggestions are sent to State leaders and government departments as a reference in making decisions. The topics are closely related to the central tasks of the Party and the State, including poverty alleviation, reducing taxation and protecting the environment.

The agenda of this year's plenary session of the CPPCC National Committee includes a review of the work reports of its Standing Committee and the proposals it has received over the past year. The political advisers will also attend the Third Plenary Meeting of the 13th National People's Congress, which opens on Friday, where they will discuss the annual Government Work Report and deliberate on the country's draft civil code.

One of the important duties of CPPCC members is to give full play to their expertise and social connections and collect opinions and suggestions from the public to raise practical proposals for the Party and the government.

During the COVID-19 outbreak, the CPPCC National Committee set up a "fast channel" for handling proposals related to epidemic prevention and control.

Under the mechanism, proposals could be sent to related departments in a timely manner, in order to ensure that the suggestions were as effective as possible.

Nearly 300 proposals related to epidemic prevention and control were made from Feb 13 to May 12, according to the committee.

Political adviser Liu Xin, a professor of biology at Sun Yat-sen University in Guangzhou, submitted a proposal on Feb 4 on how sewage treatment facilities handling medical waste can take all necessary measures to prevent the spread of the epidemic.

As a result, the Ministry of Ecology and Environment announced strict requirements on Feb 26 for the treatment of medical waste related to the outbreak.

Apart from making suggestions, CPPCC members, especially those engaged in medical work, were on the front line in the battle against the COVID-19 outbreak.

Huang Luqi, president of the China Academy of Chinese Medical Sciences, led the first traditional Chinese medicine treatment team to Wuhan, the hardest-hit city in the nation during the outbreak.

Zhang Baiqing, chairman of Central-Southern China Engineering Consulting and Design Group Co, was tasked with designing Leishenshan Hospital, one of the temporary hospitals built in Wuhan to treat COVID-19 patients. His team came up with the draft design in 12 hours and completed the entire set of design drawings in three days.

During a meeting dealing with proposals about the quality and safety of agricultural products in September, Wang Yang, chairman of the CPPCC National Committee, stressed the importance of consultation in the handling of proposals.

During the meeting, 12 political advisers putting forward proposals spoke with leading officials from the Ministry of Agriculture and Rural Affairs, the Ministry of Finance and other departments. They reached a consensus on their proposals through consultation and discussion.

Consultation is an important form of democracy, which is of great significance in improving the effectiveness of the handling of proposals, Wang said.

The CPPCC National Committee organized in the past year 26 major policy talks nationwide, which were attended by more than 90,000 people and watched online by more than 9 million people. These were aimed at improving people's understanding of major decisions made by the Party and the government.

It also made a video series, featuring lectures by political advisers, that not only focus on policies but also major social issues.

The CPPCC also strengthened exchanges with other countries through activities including inviting diplomatic envoys from Asian countries in China and young parliamentarians from African countries to visit the headquarters of the CPPCC National Committee.