CHINA TECH IT OUT: New life for world cultural heritage

TECH IT OUT: New life for world cultural heritage 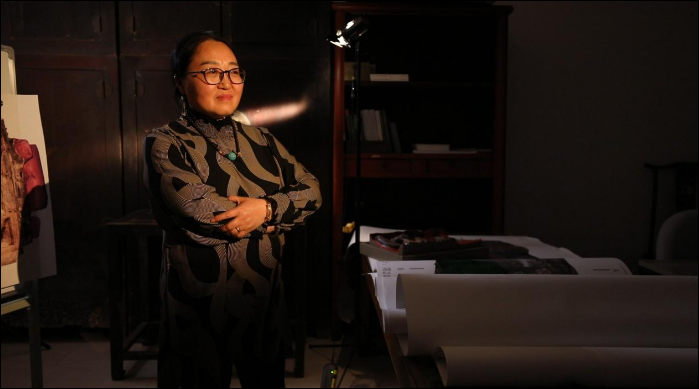 Humans create works of art to embody their civilizations. But none of it is immortal and could not be preserved in the physical world forever. Some are destroyed in natural disasters and wars while many just erode with time.

"It's not just the physical body of an artifact that's under threat but also the information it carries," said Li Zhirong, an archeologist at the Zhejiang University.

Decades ago, a branch of computer science began to integrate with archaeology and opened new frontiers in preserving cultural heritage.

Now, Li and her colleague Diao Changyu, a computer scientist, are working together to create a digital archive for cultural heritage so that it could be rebuilt after disappearing with time.

They use different devices to map ancient works of different sizes.

The scanner works a bit like sonar, using laser pulses instead of sound to create a 3D representation of the scene called a "point cloud." A flying laser not only collect data about the shape but helps fill in details like texture, color, lighting, and shadow to yield unparalleled realism.

Professor Li recalled how thrilled she was when she used 3D mapping technology for the first time in 2011.

"We conducted our tests in the 45th cave at the Xumi Grottoes. After two hours of scanning, a rough 3D model was generated in the computer. I was shocked because I could check every detail of the cave – the color, weathering conditions, all details that we could not access via traditional ways."

A serendipitous discovery made them realize that digital technology can do much more than just documenting.

Professor Diao led a team to scan a stone tablet in north China's Shanxi Province which was seriously weathered and damaged. It was just routine work of digital archiving because the surface of the stone tablet was too colorful to decipher the words engraved it and the research work on this tablet had been terminated for years.

But after they uploaded scanned data into the computer, adjust the angle of light in the program, those characters were readable again.

Fourteen more characters were recognized using this technology, other key details such as the name of the tablet's owner and when it was built were also noted. These unexpected findings revitalized a stalled research.

From large ancient structures to small sized relics,  3D modeling technology can digitalize everything, except one thing: the striking force that takes your breath away.

He thinks only physical immensity can reflect the power of the state and its confidence in culture.

In another experiment, Professor Li and Diao worked to bring the old data back to life using 3D printing technology.

They took over 10,000 photographs of a Buddhist grotto. All photos were unified in one coordinated system in a computer, which calculated a high-resolution 3D model. The 3D model was divided into 829 parts and printed. All pieces were then assembled on a steel structure.

"I hope after 1,000 years, our data could be passed on to the future generations. They could learn from the images, colors, and all the information we archived to understand how people who lived on the same soil before us expressed their faith and lives," said Professor Li.