ZHENGZHOU, May 19 (Xinhua) -- Suffering coronary heart disease, 79-year-old Wang Funi was amazed to find out that she can have her routine medical tests done at her rural home in central China's Henan Province. 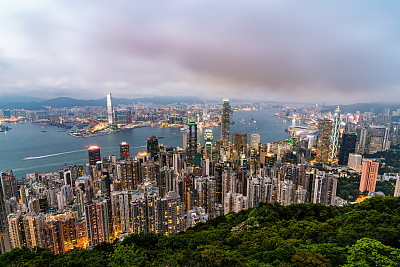 In the past, it would take her 50 minutes to travel by electric tricycle to visit the nearest county hospital and her husband or children would have to take a break from their farming work to accompany her on the trip.

"It's time-consuming. Now there's no need for the trip. All the basic tests can be done at home free of charge," she said.

With help of a new portable all-in-one diagnostic device, Zhang Xiaozhan, a doctor in Erpuying Village where Wang lives, conducted eight tests on Wang within 20 minutes ranging from measuring the electrical activity of her heart to checking her blood pressure.

"The device offers the biggest benefits for elderly and chronic disease patients, reducing their need to travel long distances to hospitals and wait in long queues," said Zhang.

At the start of this year, the city of Jiaozuo purchased around 600 all-in-one diagnostic devices and offered them to local family doctor teams.

Li Zhenhui, sales manager with mobile healthcare company Garea which provides the device, said that the machine can do more tests if auxiliary medical equipment is connected. The company usually sends experts to train village doctors how to use the device.

The test results are stored as electric files on the city's family doctor service platform as a reference for further diagnosis and treatment.

A family doctor team consists of at least one general practitioner, a nurse, and a public health physician. They can handle most minor illnesses, while they will register and transfer patients with serious illnesses to major hospitals through an internal fast track system.

Wang's family doctor team has six members. Liu Yingying, a general practitioner at the health center in Jiayingguan Township, is one of them.

Liu said that their team has signed contracts with more than 4,000 local residents including a priority group consisting of over 500 patients.

"Some have chronic diseases, while others are  rehabilitating and need special attention," Liu said. The team needs to visit each patient in the priority group at least four times per year.

"It's a formidable task. The all-in-one diagnostic device can improve the quality and efficiency of our service," said Liu.

According to China Statistical Yearbook, every 1,000 Chinese urban residents had access to 3.92 practicing (assistant) physicians in 2016, much higher than the number of physicians for every 1,000 rural residents which stood at 1.59.

In recent years, technology such as the internet, artificial intelligence, big data, and cloud computing are providing benefits for health care in China's rural areas and reducing the urban-rural health disparities.

Tian Qingfeng, health management researcher at Zhengzhou University, said that there is an uneven distribution of health care resources in China with advanced diagnostic and treatment equipment as well as the best doctors concentrated in big cities.

"Technology can improve rural access to quality health care and is an effective tool for urban and rural areas to share medical resources," said Tian.

To promote the sharing of medical resources, Jiaozuo set up a telemedicine platform covering hospitals at township, county, and city levels.