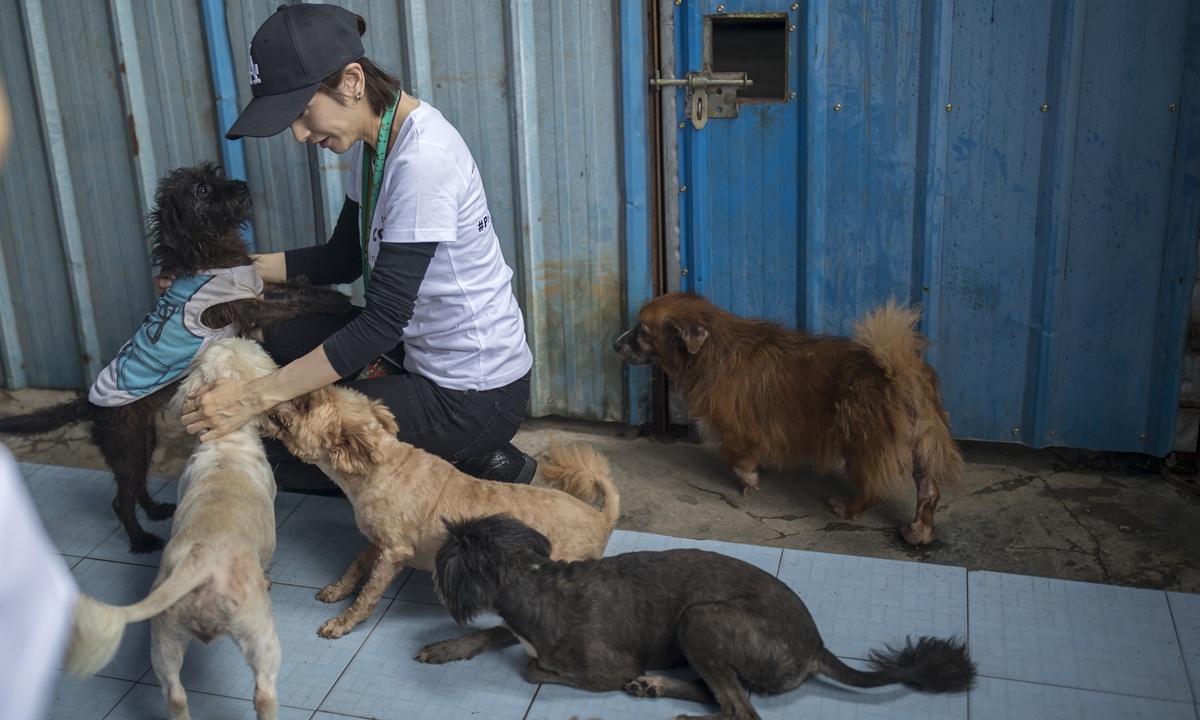 A teenage girl in Hangzhou, the capital of East China's Zhejiang Province, is in a state of brain death after being bitten by a dog she raised, according to media reports on Monday.

The girl, Jiang, suffered numbness in her right hand at home after dinner on November 6, accompanied by fatigue, but she and her family did not pay attention to it and did not seek medical treatment.

She then vomited twice at 2 am on November 8, accompanied by vomiting, dizziness, headaches and other symptoms. In the morning, Jiang went to a local hospital and her condition became worse on the next day, according to the Hangzhou local disease control authorities, thepaper.cn reported.

Since November 13, she gradually entered a coma and is currently in a state of brain death.

The following investigation showed that Jiang was bitten by a dog in July she raised, but unfortunately, she didn't go to the hospital in a timely manner.

On November 17, the local hospital collected saliva and cerebrospinal fluid samples for high-throughput genetic testing, with Jiang then being diagnosed as suffering from rabies.

The incubation period of rabies is generally one to three months; however, some cases can last more than one year.

China has made efforts in rabies prevention to address such issues in recent years. Early in 2017, agricultural authorities issued a plan to establish a dog vaccination registration program nationwide, and to achieve at least 90 percent vaccination coverage for registered dogs by 2020.