An 11-year-old boy had caused a forest fire at the junction of Chutouwan village, Qiaowa town, and Xiangjiao village, Xiangjiao town in Muli county, Liangshan Yi autonomous prefecture in Sichuan province, at 2 pm on March 28, 2020. 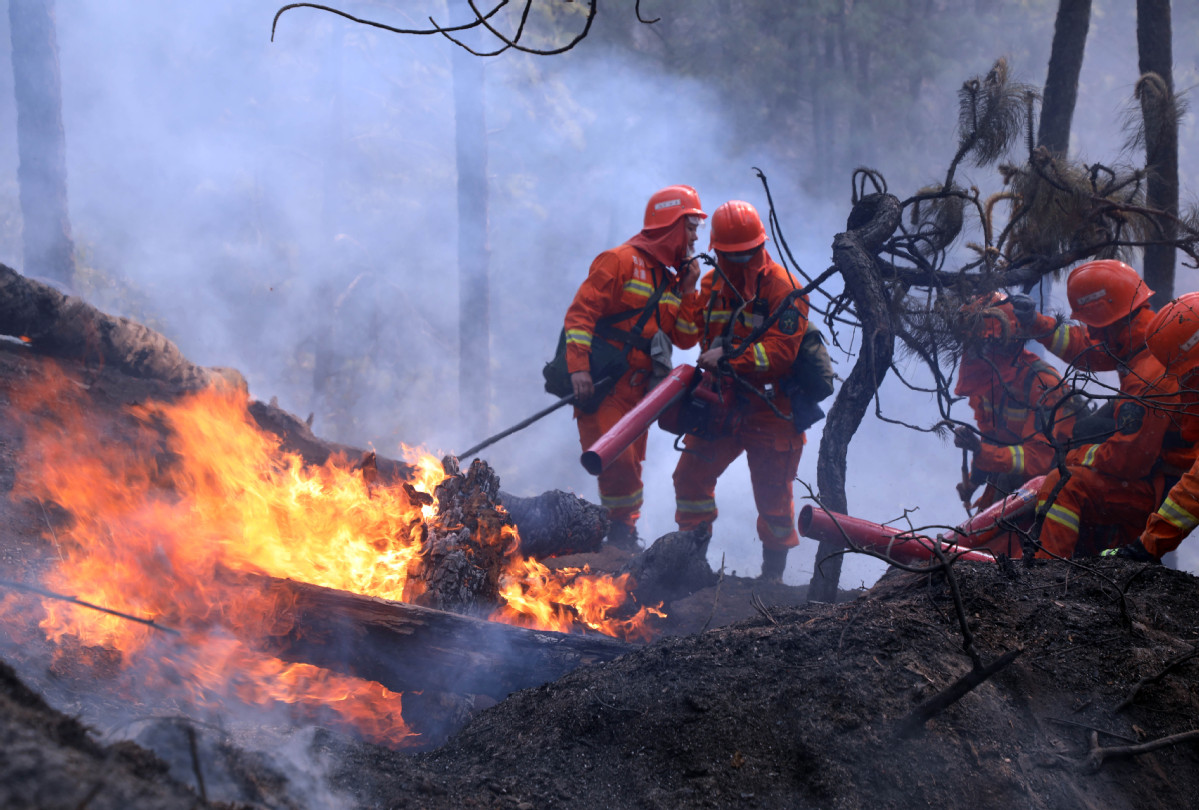 According to the county forest police bureau, the boy surnamed Tian used a lighter to ignite pine needles and wood rosin to smoke out squirrels from a cave. His act led to a forest fire, said the county government information office in an announcement issued on Sunday.

The case is under further investigation, it said.

The blaze, which was put out on April 6, spread to an area of about 270 hectares. More than 2,000 people battled the blaze, according to the county Forest and Grassland Fire Prevention and Extinguishing Headquarters office.