CHINA Temples to pray for good luck during Spring Festival

Temples to pray for good luck during Spring Festival

During the Spring Festival holiday, to travel and pray for blessings, luck and good fortune for the coming year is considered a wise choice by many.

Chinese Lunar New Year, also known as Spring Festival, falls on Feb. 5 this year and is the most important holiday for the Chinese people. During the festival holiday, praying for good fortune is considered a wise choice by many. Here are ten recommended temples for praying for New Year luck across the country. 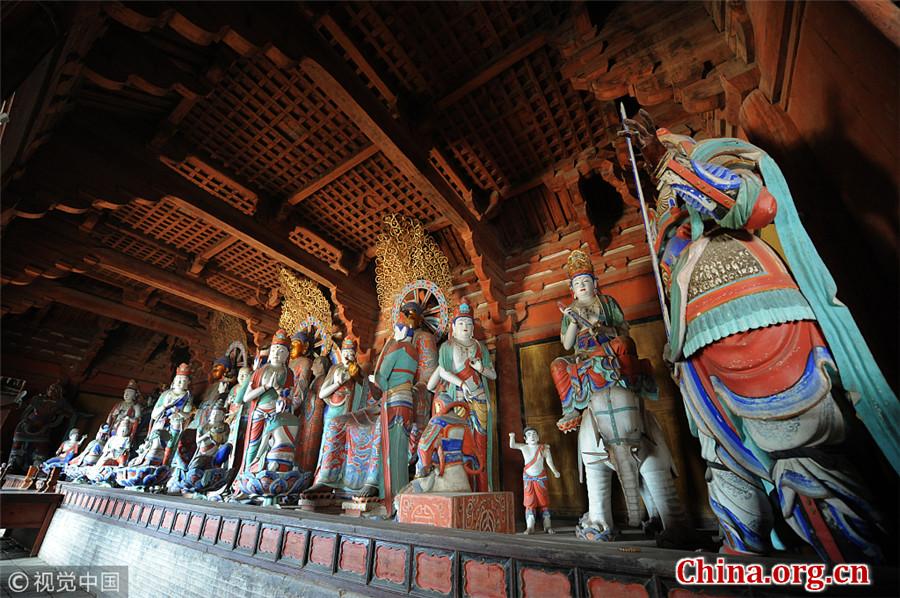 Home to the Bodhisattva of Wisdom, or Wenshu in Chinese, Wutai Mountain in Shanxi province is one of China’s Four Holy Buddhist Mountains. Foguang Temple on Wutai Mountain is a historical, cultural relic under national protection. The temple was established in the reign of Emperor Xiaowen (471 - 499) in the Northern Wei dynasty. The major hall of the temple is the Great East Hall, built in year 857 of the Tang Dynasty. There are 35 colorful Tang Dynasty sculptures inside the hall, in addition to wall murals that depict various Buddhist stories. 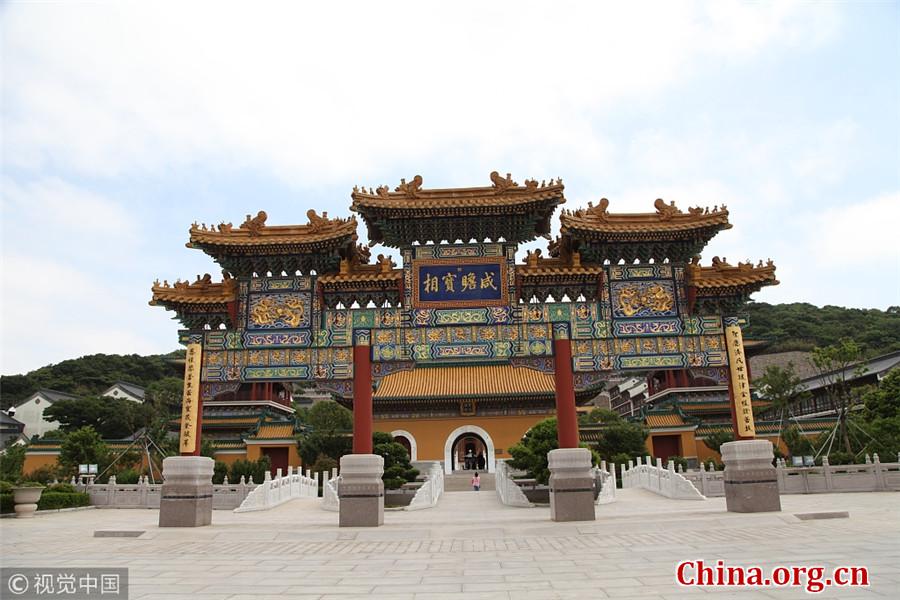 Putuo Mountain, sitting to the east of Zhoushan city, Zhejiang province, is one of China’s Four Holy Buddhist Mountains. Among more than 200 temples on the mountain, Puji, Fayu and Huiji temples are the largest and most famous. Serving as the home of the Guanyin Bodhisattva, the mountain has welcomed visitors for thousands of years. 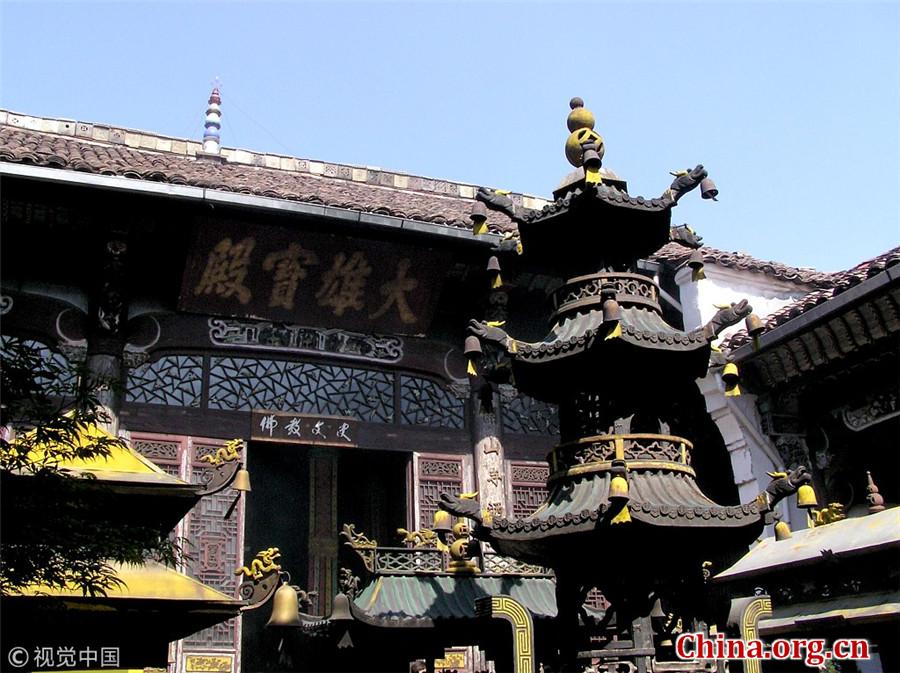 Home to many famous temples that have been revered since ancient times, Jiuhua Mountain in Anhui province is one of the Four Holy Buddhist Mountains in China. Huacheng Temple is the oldest and holiest temple on the mountain and exquisitely decorated. Jiuhua Mountain is also famous for its vegetarian dishes. As one of the Four Holy Buddhist Mountains in China, Mount Emei contains numerous temples and buildings, and Wannian Temple is the oldest one. The temple features a remarkable 7.35-meter-high and 62.1-ton-weight statue of Puxian Bodhisattva. Mount Emei was included in the UNESCO World Heritage list in 1996.

Built in 648, the Jokhang Monastery expanded to the present scale in the 17th century after several renovations. It was built in Tang Dynasty architectural style with characteristics of Nepalese and Indian architecture. The main hall is supported by 20 large wooden columns. A golden statue of the young Buddha Sakyamuni at age 12 brought to Tibet by Princess Wencheng from Chang'an, capital of the Tang Dynasty, is enshrined in the center. On November 30, 2000, the UNESCO World Heritage Committee listed the Jokhang Monastery on the World Heritage List as a part of the historical assemblage of the Potala Palace. 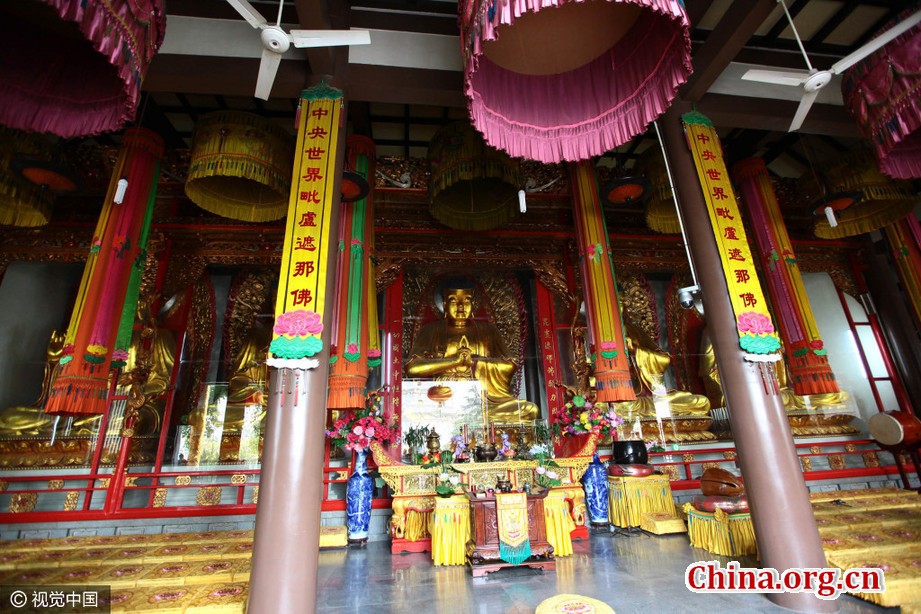 Famen Temple is located in Famen town, 10 kilometers north of Fufeng county, Shaanxi province. With a history of over 1,700 years, the temple began to prosper during the Northern Wei Dynasty (386-534). In addition to its long and rich history, the temple has also become a place of pilgrimage for millions of travelers and Buddhists alike as it stores one of Gautama Buddha's finger bones.

Yonghe Lama Temple, situated in the northeast part of downtown Beijing, is considered the largest and best-preserved lamasery in Beijing. As a famous site of the Lama Buddhist sect, the temple attracts many pilgrims and travelers every day. The temple gives out free and environmentally-friendly incenses to all visitors. 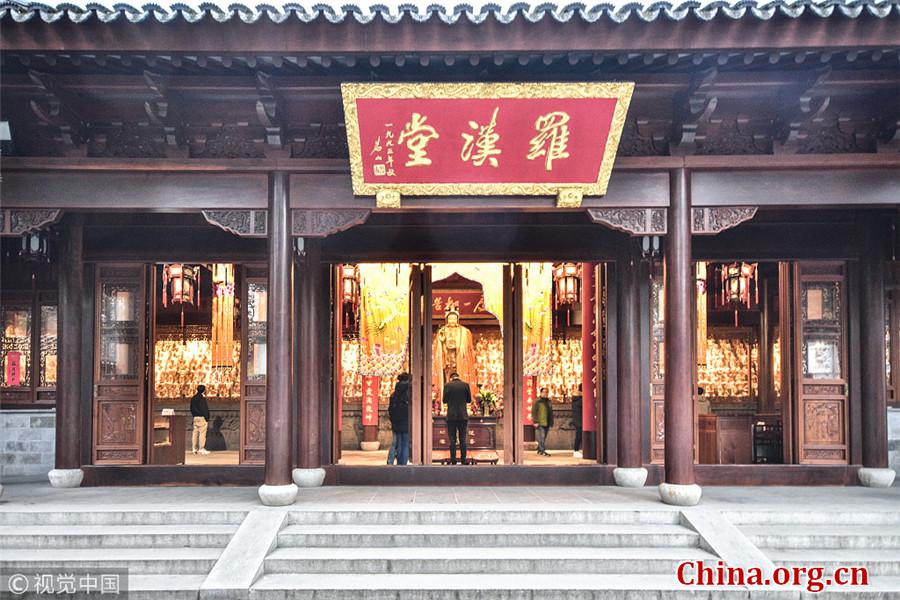 Located at the Fengqiao Town, 5 kilometers from Suzhou City, Hanshan Temple, or Cold Mountain Temple, is a Buddhist place of worship and monastery in Suzhou, Jiangsu province. With a history of more than 1400 years, many worshippers visit the temple to pray for good luck. The temple is famed because of the well-known poem "Mooring near Maple Bridge at Night" written by Zhang Ji, a poet of the Tang Dynasty (618-907). 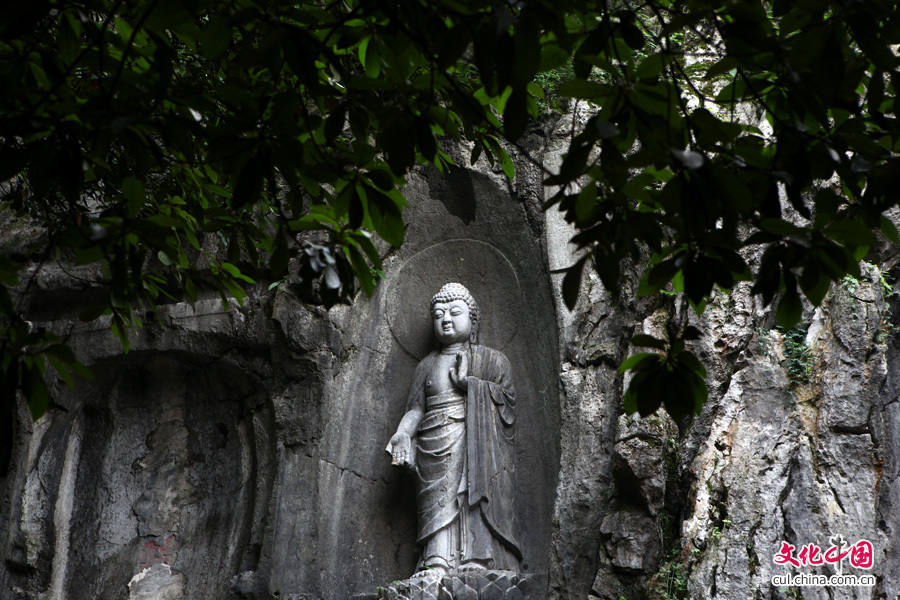 With a history of more than 1,600 years, Lingyin Temple is one of the most famous Buddhist temples in China. Situated in the northwest of Hangzhou, Zhejiang province, the temple nestles in a long, narrow valley between Feilai Peak and North Peak. The temple is also called the Temple of Soul’s Retreat, for Lingyin in Chinese literally means the soul’s retreat. There are many rock carvings of Buddha on Feilai Peak. 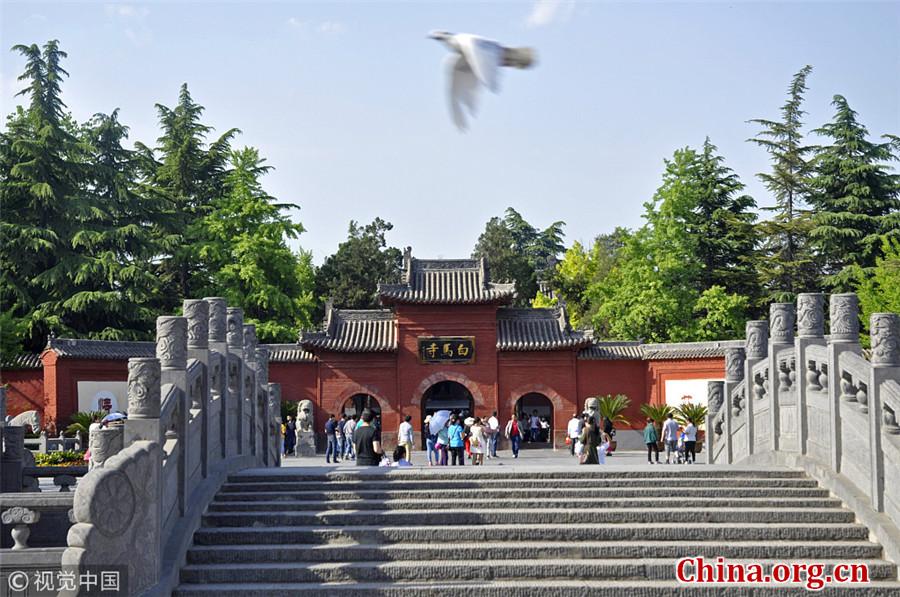 Having a history of almost 2,000 years, Baima Temple (White Horse Temple) is considered "China's Earliest Temple." It is located in the eastern suburbs of Luoyang and was the first government-established temple after Buddhism was spread to China.

In the courtyard within the temple's main gates are the famous "Two Monks' Tombs," where the two eminent monks who brought Buddhism to China in the Han Dynasty sleep.