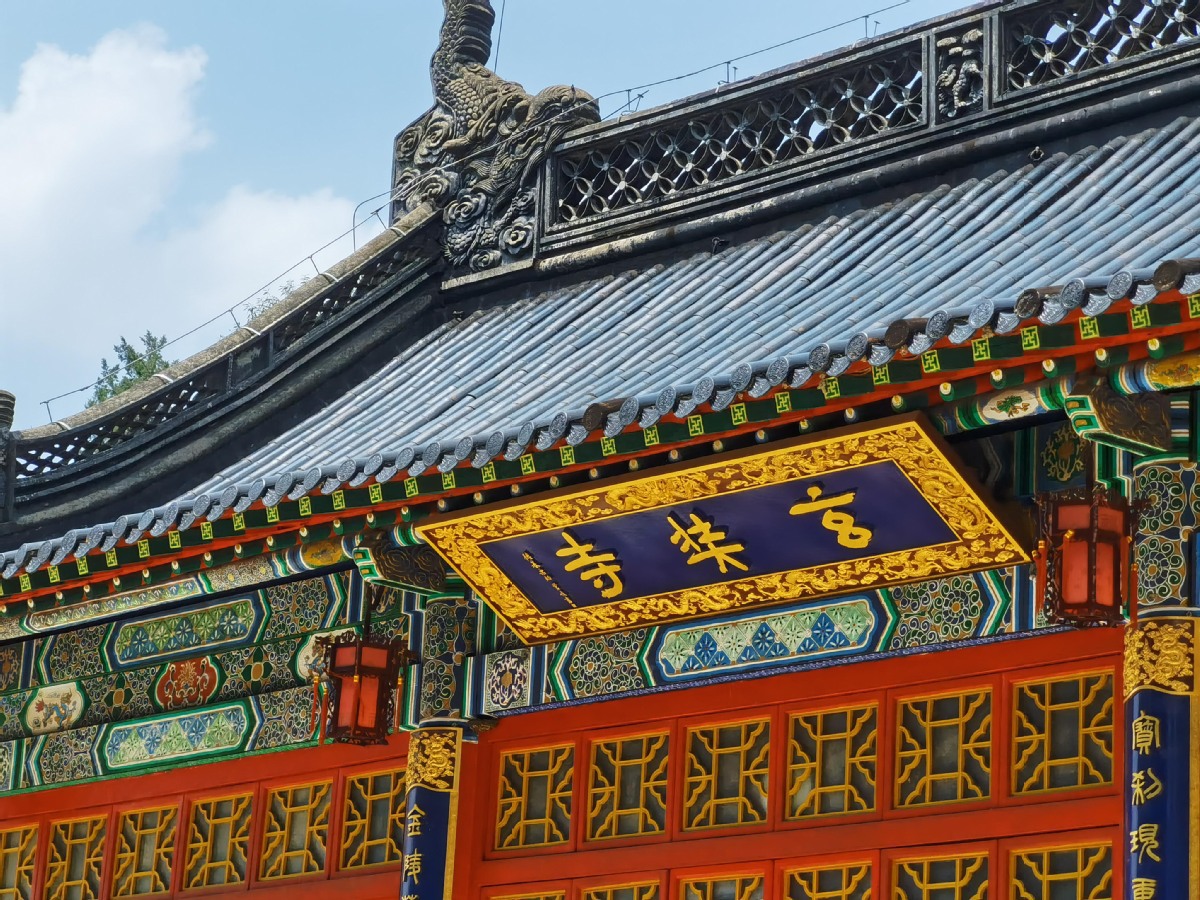 Scrutiny demanded after names of war criminals discovered on memorials

Many Buddhist associations across China have demanded temples check their memorial tablets after a temple in Nanjing, Jiangsu province, was found to have had tablets commemorating Japanese war criminals for about four years.

Reports of five war criminals having been honored at Xuanzang Temple have flooded Chinese social media since Friday and shocked numerous people.

The temple failed to notice that the names to be commemorated belonged to Japanese war criminals in December 2017, when a monk, who dropped out of junior high school, simply collected 3,000 yuan ($444) from a woman and believed her that the names belonged to her friends.

Though the temple noticed the incident in February 2022, it just took down the memorial tablets from the shrine instead of reporting it to the local government, according to the investigation team formed by the Nanjing government on Sunday.

Buddhist associations in many provinces, including Guangdong, Jiangxi and Zhejiang, have demanded their members register all memorial tablets over the weekend, make sure all those who paid can be traced and report misconduct in a timely manner.

The woman, Wu Aping, has been put under criminal detention for commemorating the Japanese war criminals. She confessed that she was trying to free herself from a nightmare that had haunted her since she learned of the atrocities by the invading Japanese army during the Nanjing Massacre.

After being haunted by nightmares for years, she had developed the wrong idea of "relieving resentment" and "putting herself out of misery" by commemorating the five Japanese war criminals at a Buddhist temple.

She also wanted to "help the soul "of Wilhelmina "Minnie" Vautrin by commemorating her memorial tablet after learning of her kindness of saving Chinese during the massacre, but who committed suicide due to post-traumatic stress disorder when she returned to the United States.

The investigation team confirmed that Wu had visited the hospital three times for insomnia and anxiety since 2017 and took sedatives and hypnotic drugs for treatment.

Wu was detained for suspicion of the crimes of picking quarrels and provoking trouble on Friday.

"What Wu did was completely inconsistent with Buddhist doctrines," said Shi Lihai, deputy director of the Nanjing Buddhist Association and the abbot of Qingliang Temple. "She seriously hurt the feelings of the Chinese people, which should not have been done."

The abbot of Xuanzang Temple, Chuan Zhen, whose secular name is Li Yijiang, was replaced by the bureau of ethnic and religious affairs of Nanjing's Xuanwu district, and the operation of the temple has been suspended to correct its misconduct.

In a video clip released by the investigation team on Monday, Chuan Zhen apologized to the public, saying that he was ashamed of his behavior, which was "unforgivable".

At least nine officials have been held responsible for the incident, including the Party chief and director of the Nanjing Ethnic and Religious Bureau and two deputy directors of the bureau.

The Nanjing Massacre started on Dec 13, 1937. Japanese troops killed more than 300,000 Chinese civilians and unarmed soldiers over a six-week period, according to Chinese historians.

Of the five war criminals commemorated, Matsui Iwane was one of the Class-A war criminals held responsible for the Nanjing Massacre. Hisao Tani, a Class-B war criminal, committed hideous crimes during the massacre. Takeshi Noda was a Class-C war criminal who participated in a "killing 100 people competition" with Mukai Toshiaki. Tanaka Junyoshi used a saber to kill more than 300 unarmed soldiers and civilians in the city.