Ten sentenced to death for drug manufacturing, distribution in Guangdong

Ten drug dealers were sentenced to death and received immediate executions in South China's Guangdong Province before the UN's International Day Against Drug Abuse and Illicit Trafficking on June 26, a local court announced on Saturday. 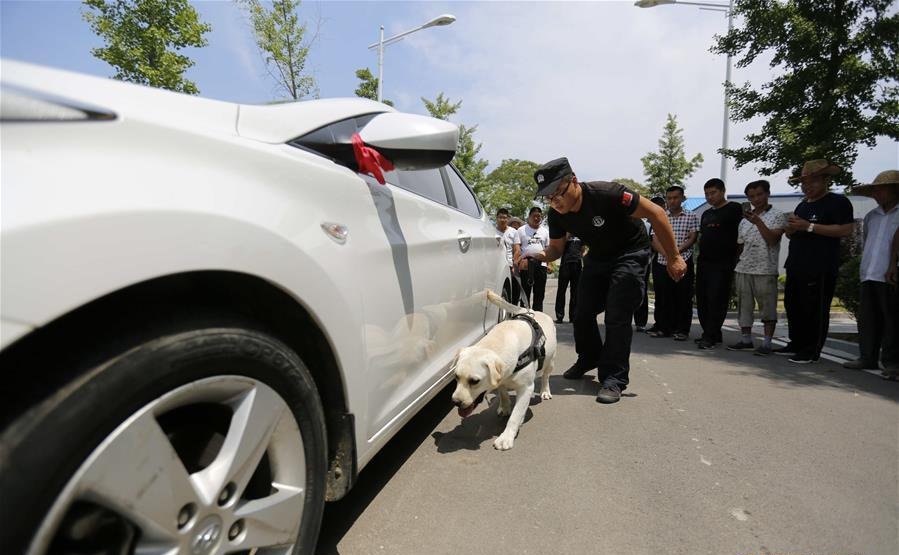 "Ten cases related to drug making and dealing were publicly pronounced at a court of Lufeng and 10 criminals were sentenced to death," according to a statement released by the Intermediate People's Court of Shanwei, which administers Lufeng, on its Weibo account.
Lufeng, with a population of 2 million, was listed as a major area in the fight against drug crimes by the National Narcotics Control Commission since 2011 for its high rate of drug crimes, Nandu Daily reported.
The 10 criminals were escorted to execution immediately after being sentenced to death for manufacturing, distributing and transporting drugs, according to the statement.
One of the criminals, surnamed Fan, purchased 75 tons of ephedra herbs - a raw material for producing crystal methamphetamine - within a month in 2012, out of which he made 50 kilograms of ephedrine which he later sold for 2.2 million yuan ($338,000), said the statement.
Twenty tons of ephedra herbs, 16.4 kilograms of crystal methamphetamine and 33.2 kilograms of semi-finished products were uncovered by police in October 2012 at Fan's drug manufacturing site, together with two shotguns, three self-made pistols and hundreds of bullets.
In December, other suspects were publicly tried and convicted for drug dealing and murder in a sports stadium in front of thousands in the city of Lufeng, sparking wide controversy.
According to China's Criminal Procedure Law, death sentences should be announced but not held in public.
In some places, a public trial is defended as a method to educate the public and showcase the government's hard line against illegal activities.