BEIJING, Jan. 1 (Xinhua) -- A launch ceremony of the fishing ban in key waters of the Yangtze River took place in Wuhan, capital of central China's Hubei Province, on Thursday.

According to the central government's plan, a complete 10-year fishing ban now applies in pivotal waters of the Yangtze, China's longest river, starting on Friday. 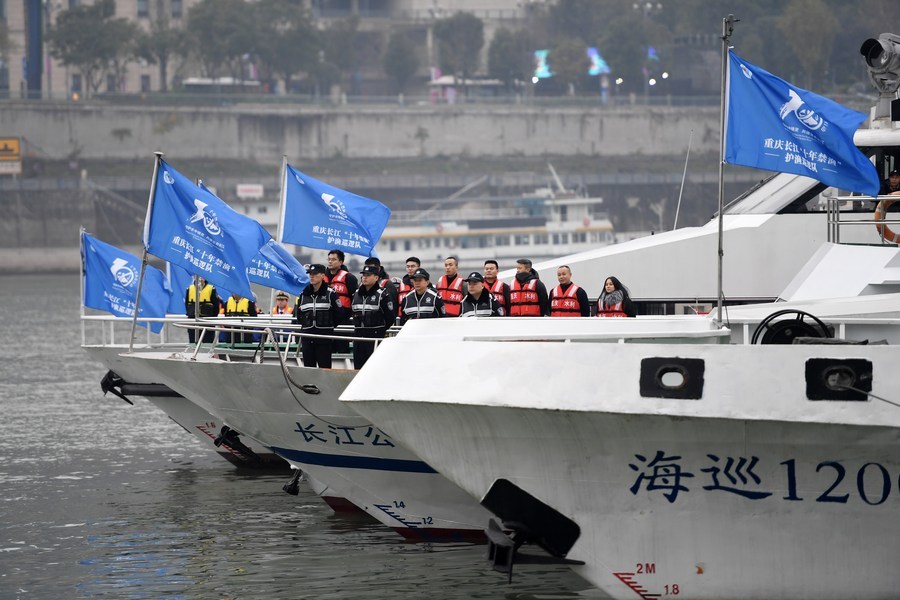 Ma Xinglin, a former fisherman, aged 49, in southwest China's Sichuan Province, has witnessed a massive change in fishermen's lives along the Jinsha River, the upper section of the Yangtze.

"In the 1980s, you could easily catch 10 kg of fish with a fishing net at a shoal. But by around 2000, it was hard to make a living through fishing with fewer fish in the river," Ma said.

For decades, urbanization and shipping along the Yangtze River have led to the reduction or disappearance of aquatic habitats. Agricultural fertilizers and pesticides have also led to the river's pollution, said Wei Qiwei, a researcher from the Yangtze River fisheries research institute under the Chinese Academy of Fishery Sciences.

In recent years, the provincial-level regions along the river have stepped up efforts to protect the "mother river" of the Chinese nation. In 2019, Jiangxi Province, located in the river's middle reaches, set up its first cross-region environmental resources court at the national reserve of Poyang Lake. It is the country's biggest freshwater lake in the Yangtze River basin.

"We found the number of Coilia nasus in the lake has multiplied compared to that of the previous year in 2020," said Gao Xiaoping, deputy director of the aquatic science research institute of Jiujiang City in Jiangxi. 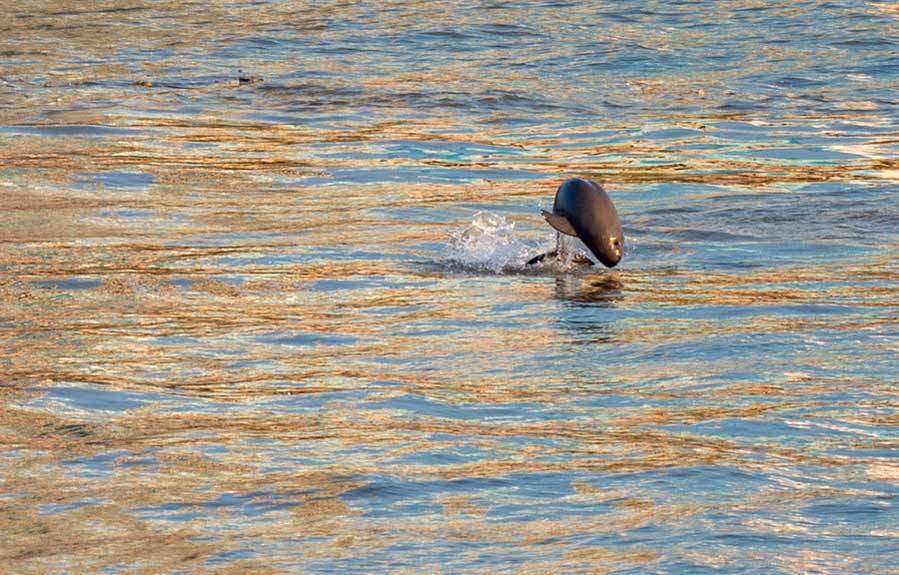 A finless porpoise is seen in the Yangtze River in Yichang, central China's Hubei Province, Aug. 3, 2020. (Photo by Lei Yong/Xinhua)

Hunan Province, also located in the river's middle reaches, has closed and dismantled all 39 illegal wharves along the Yangtze River mainstream while restoring the ecological environment there. The province has also planted over 1,300 hectares of forest along the river.

In 2019, the average concentration of total phosphorus in the area of Dongting Lake, China's second-largest freshwater lake in the river's basin, dropped by 41 percent compared with that in 2015. With improving water quality, the lake also saw more than 246,000 wintering waterbirds in the year. It is the highest number in the past ten years.

While strictly implementing the fishing ban policy, the regions have already rolled out a slew of measures to take care of the fishermen's welfare. In Hunan, the government helped more than 16,000 fishermen change jobs, over 97 percent of the total who had the intention of employment. All the fishermen who meet the conditions in the province have been included in the old-age insurance system. 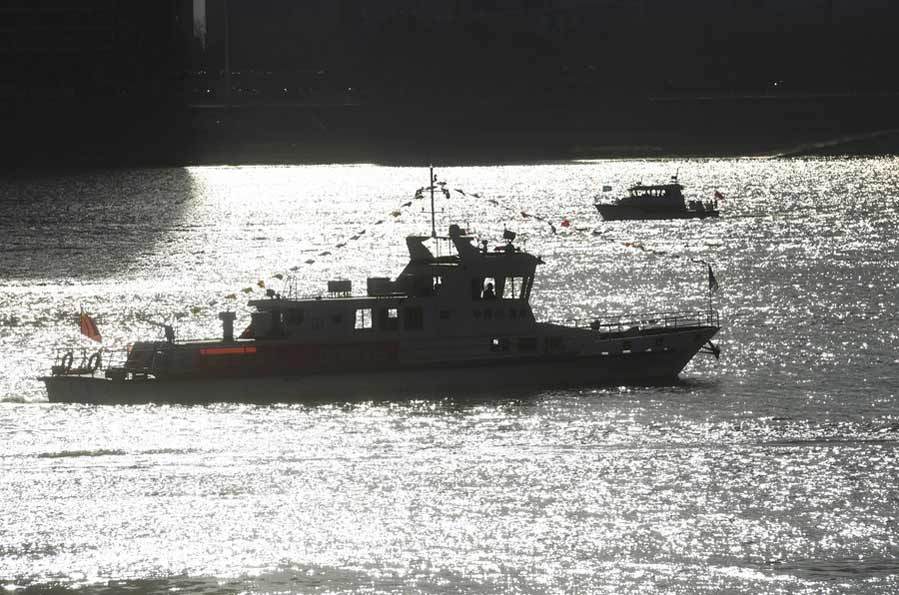 A third-party assessment agency came to conduct the on-site assessment of fishermen's boats and nets. A unified compensation fund will ensure their interests, said Wang Yuanbao, an official with the provincial agriculture department.

Shi Zhongfang, a former fisherman in the city of Yuanjiang, now runs a restaurant featuring traditional fishermen cuisine. "The future generations will benefit from what we are doing now," he said.

"We can find jobs in other places although we cannot fish in the Poyang Lake," said Ye Xin, a fisherman in the township of Wucheng, Jiangxi. "Now the township is promoting tourism, which will bring us more job opportunities."

"With the fishing ban, I don't have to worry about my husband's safety anymore. He was still fishing two years ago, and whenever the wind picked up, I had my heart in the mouth," said the 66-year-old Li Qiying, who lives in Zhicheng Township, Hubei.

Li Qiying used to fish in the Yangtze River with her husband. In 1985, her 1.5-year-old son accidentally fell into the river and drowned during a fishing trip. Since then, she quit fishing and took care of the family onshore.

"It's not hard for us to find jobs near home," said Liu Zekui, a former fisherman. He added that there are many factories in the township, and the government has also organized several rounds of skills training and job fairs.

In Baishuigang village, several exhibition rooms are established to display various fishing tools, such as hooks, brushes, and nets in memory of their 100-year-old fishing culture.

"We should not forget our roots although we don't fish anymore," said Li Chunmei, Party chief of the village.