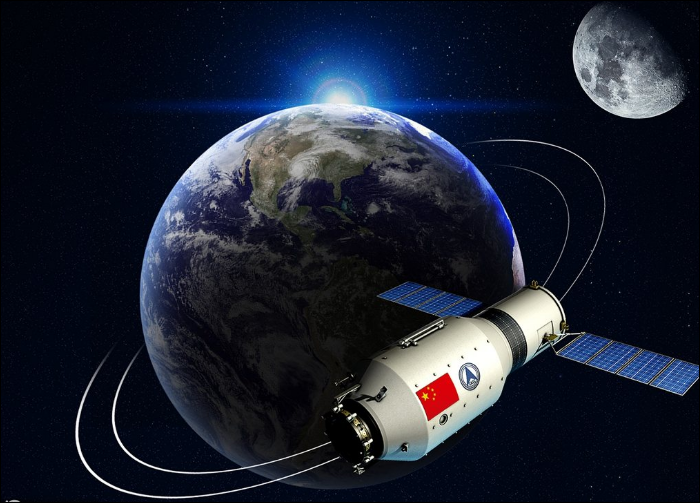 Exactly 10 years ago, Chinese astronaut Zhai Zhigang emerged from the airlock, in space, of Shenzhou-7 spacecraft and became the first Chinese to conduct a spacewalk.

Ten years on from September 27, 2008, astronauts at the China Astronaut Research and Training Center have been training hard in a neutral buoyancy pool, a very deep pool used to simulate zero gravity in space, to prove the validity and rationality of China's future plan for extravehicular missions, and to prepare for future space missions.

China's current space lab, Tiangong-2, has been in orbit for two years. However, it was designed more as a test bed for technology rather than long-term space station and is set to be decommissioned next year.

China is planning to launch a space station, much larger, with a longer lifespan. Zhai's spacewalk lasted for 19 minutes and 40 seconds. However, for missions on China's future space station, the spacewalk will be much more frequent and complex. The Astronaut Center has designed specific training for this.

"For our future space station, under our current plan each spacewalk will last for about six hours," said Yin Rui, deputy commander of the astronaut system at the Astronaut Center of China, "This will bring a heavy workload and difficult mission for our astronauts."

So Chinese astronauts are training hard for future missions.

"Every maneuver needs to be perfect. We practice each move thousands of times, so that we can complete every maneuver even subconsciously," said Chen Dong, who traveled to space in Shenzhou-11 mission and stayed in Tiangong-2 space lab for a month.

However, more training means less time for family. China is extremely tough when picking its astronauts, and even more so when training them. Chen trained for six years before his first mission.

"One's time is limited. I think every astronaut has to make sacrifices. I spent very little time with my family during my six-year training," Chen admitted. "My wife had to carry up all the family responsibility. I think families of astronauts are also making sacrifices and their support is also essential to China's space program."

China's manned space program has made tremendous progress since the first spacewalk.