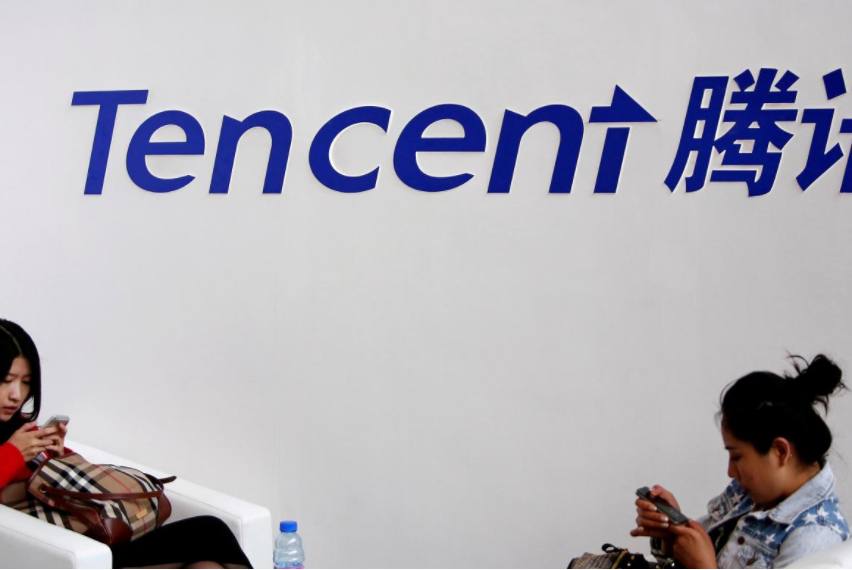 Visitors use their smartphones underneath the logo of Tencent at the Global Mobile Internet Conference in Beijing May 6, 2014. REUTERS/Kim Kyung-Hoon/File Photo

Snap’s disclosure in a U.S. regulatory filing that Tencent had recently bought 145.8 million of its shares on the open market set off a wave of speculation among investors about the relationship between the firms.

Shares in Snap closed at $12.91 on Wednesday, down 14.6 percent, as investors pummeled the company for slow user growth and treated Tencent’s move as an investment rather than the precursor to an acquisition.

Tencent’s shares do not have voting power and it will not have a board seat, but the two companies broadly believe in cooperation that goes beyond passive investing, according to Snap’s filing on Wednesday. Tencent on Thursday described a potentially close relationship.

“The investment enables Tencent to explore cooperation opportunities with the company on mobile games publishing and newsfeed as well as to share its financial returns from the growth of its businesses and monetization in the future,” it said in an emailed statement. It also referred to the potential for “newsfeed ads”.

Games and a newsfeed have not been a part of Snapchat, although the company on Tuesday said it was planning a redesign.

Analysts say Tencent, the world’s largest gaming company by revenue, has benefited from its social media apps for the phenomenal popularity of its smartphone games such as Honour of Kings, and will need the help of local social networks in promoting its games in overseas markets.

The Snapchat app, though, is banned in China, where non-Chinese social media networks are generally restricted, although some videos originating in China were visible on the network on Wednesday presumably because of technological workarounds.

U.S. investment analysts said they did not expect a change in that regard.

It is unlikely that Snap “would ever be allowed to establish a foothold in China even if their relationship with Tencent were deeper,” Brian Wieser, senior analyst at Pivotal Research Group in New York, said in a report to clients.

The companies operate on different scales. Tencent’s holdings include messaging apps QQ and WeChat, both ubiquitous in China, and its market capitalization of $469 billion is among the largest in the world. Snap’s is $15 billion.

While Snapchat focuses on sharing pictures and video between friends, WeChat offers payment processing and more. Tencent said that it expected Snapchat to continue to grow, particularly in “affluent Western markets” such as the United States and Europe.

“The China market is in some ways more advanced in social media and messaging than the U.S. is,” said Rebecca Fannin, founder of Silicon Dragon, a website that writes about China and California’s Silicon Valley.

“Tencent might have teams come in and work with them,” Fannin said.

Snap declined to comment beyond a filing in which it said the California company was inspired by Tencent’s creativity and entrepreneurial spirit and grateful to continue a productive relationship.

Snap has an office in Shenzhen, China, where Tencent has its headquarters, to assist in the manufacture of Spectacles, Snap’s sunglasses that have a built-in camera.

Tencent has aspirations to assume a global role in technology and may be buying shares with that strategy in mind, said Lindsay Conner, a Los Angeles lawyer who has represented Chinese companies in the United States.

“They often invest in companies to have a seat at the table, to understand businesses better, to see where the leading edge is between technology and content, and to have an insight into technology they should adopt or license,” he said.

Tencent first became an investor in Snap in 2013. The total size of its investment has not been disclosed. Although Snap’s shares began to trade publicly in March in the hottest debut of a U.S. tech stock in years, results since then have sent Snap shares down below its IPO price of $17.