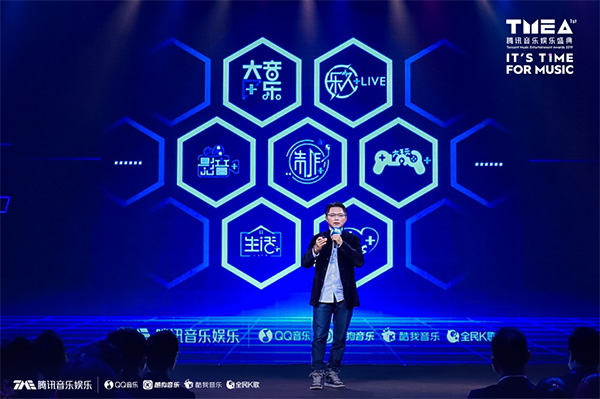 The upcoming awards mark the music giant's effort to boost its original content and celebrate the industrial changes of the country.

Pan also said that the company had mapped out plans to boost the music market by combining music with films and video games, thus breaking the boundaries and barriers between music, film, video games and other forms of entertainment.

"It is an important and dynamic time for music in China. With the support of the big data, including music trends analysis, and the advanced artificial intelligence technologies, we want to break down walls among different entertainment industries," says Pan in Beijing. "We will work together with our partners to build an open ecosystem and explore new industry opportunities."