The chairman of the Chinese supplier to British supermarket chain Tesco has rejected allegations the company used forced labor in the production of Christmas cards as "completely fabricated."

In an exclusive interview with CGTN on Tuesday, Lu Yunbiao, chairman of Zhejiang Yunguang Printing Company, said claims in the British media that the company used foreign inmates in Shanghai Qingpu prison as forced labor were not based on facts.

"I was very shocked when I heard of the news, because we never had such practice," Lu told CGTN.

"I don't have either the telephone number of Qingpu Prison or its address. It is completely fabricated and slanderous. We have never had business relations with Qingpu Prison."

He reiterated that all of Yunguang's products were made by Chinese workers, strictly obeying the Chinese employment and labor laws.

"The batch of the Christmas cards was made by Yunguang company in all processes, from printing to packing, then put into containers for export. I can definitely say they were all produced by Chinese people. I am very angry at such accusations against Chinese companies like this."

According to Lu, exports make up about 60 percent of the company's business and overseas clients make regular and random inspections every year on human rights, environmental protection and fire protection.

"All of our foreign trade clients have strict examinations on us at least once a year and random inspections," the chairman explained.

"According to our contracts, my company has to be transparent to clients in every aspect, and they can even check our computers. We are very transparent, and very responsible to our clients, and there is nothing to hide in our business." 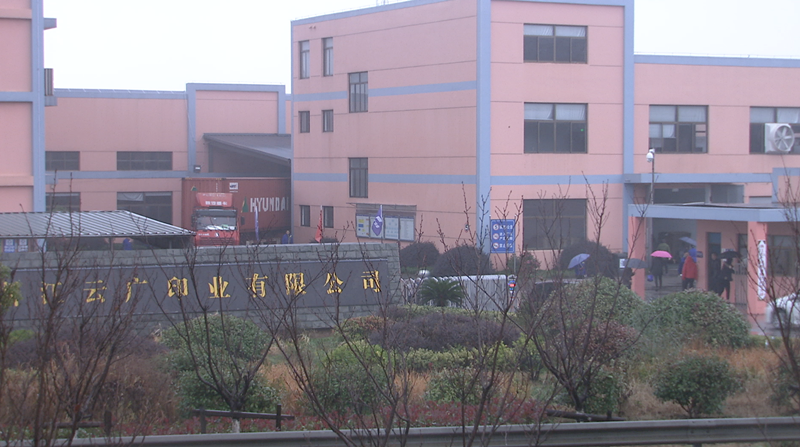 Peter Humphrey, a former journalist who was imprisoned in China for 23 months – nine months at Qingpu Prision – on Sunday claimed a six-year-old girl received messages hidden in a Christmas card made by prisoners in Shanghai's Qingpu Prison. He suggested the messages came from prisoners "who knew him before his release" and claimed they were "forced to work against our will."

Tesco on Sunday said in a statement that Zhejiang Yunguang Printing Company was "independently audited as recently as last month and no evidence was found to suggest they had broken our rule banning the use of prison labor."

The statement said Tesco was "shocked" by the report and had suspended production of charity Christmas cards with the company.

Chinese Foreign Ministry spokesman Geng Shuang on Monday dismissed the forced labor allegation, calling it is nothing but "farce" made up by Humphrey. He added that he hoped Humphrey would stop attracting public attention by making up stories smearing China.

"I can tell you responsibly that, after seeking clarification from relevant departments, Shanghai Qingpu Prison does not at all have forced labor by foreign convicts," Geng said.