CHINA Tesla keeps silent after its car runs into policemen, killing one in East China

Tesla keeps silent after its car runs into policemen, killing one in East China 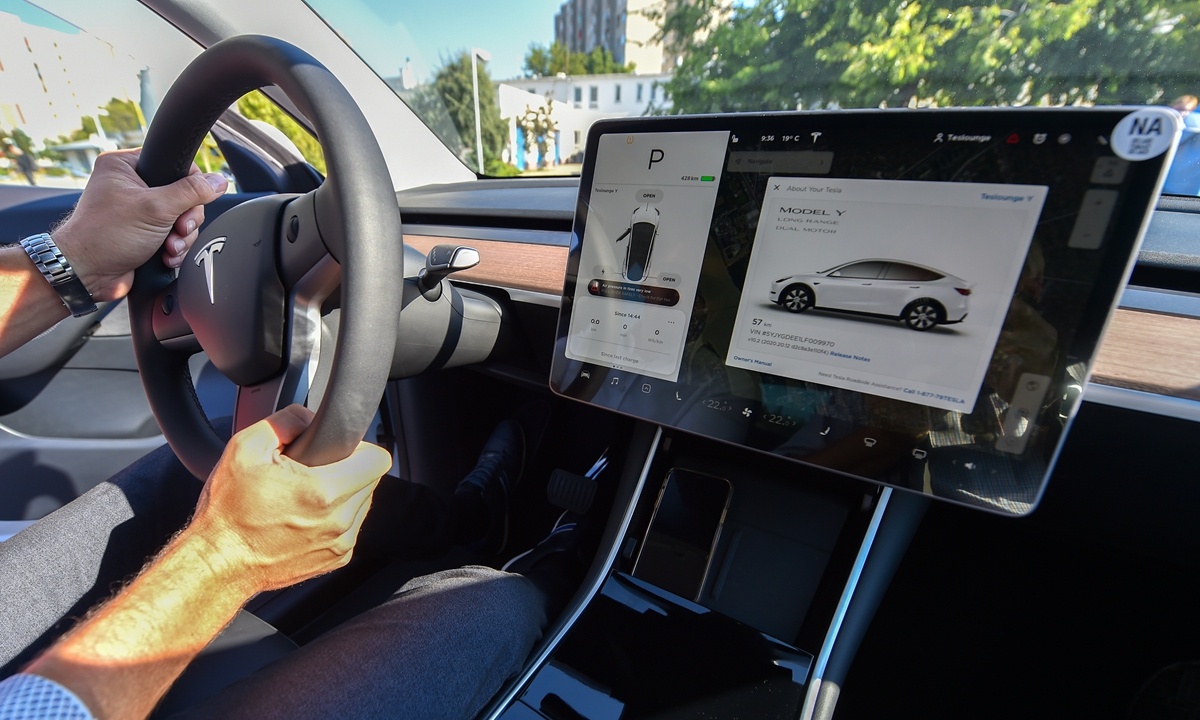 An inside view of a "Tesla Model Y" car, an all-electric compact SUV by US electric car giant Tesla, during its presentation at the Automobile Club in Budapest, Hungary. (Photo: agencies)

US electric carmaker Tesla has been silent and won't make a comment on the fatal car accident on Monday in Taizhou, East China's Zhejiang Province, in which a local patrol policeman was killed.

Lately, the netizens on Chinese social media Sina Weibo have noticed that the official account of Tesla posting series of explanations about Tesla vehicles' autopilot functions.

A Tesla vehicle ran into two traffic policemen in Taizhou on Monday, in which one seriously injured policeman died in hospital on Tuesday.

According to Chinese media reports, the driver was playing his cell phone when the accident happened, but some reported he turned the autopilot system on.

Tesla said on Tuesday that it won't reveal any information until the publication of official investigation results.

Statistics from the China Passenger Car Association showed that Tesla sold 25,845 EVs in April in China, down 27.15 percent from March's 35,478 vehicles.