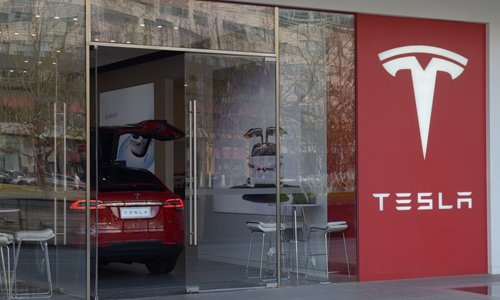 A Tesla Model Y reportedly ran into a shop while reversing in Liuzhou of South China's Guangxi Zhuang Autonomous Region on Saturday. The car and shop were both damaged but no one was injured.

The driver surnamed Huang, with 10-year driving experience, said that he slightly tapped the accelerator when he was reversing the car but the car moved too fast.

"I wanted to tap the brakes immediately but the brake pedal would not respond with the car hitting the wall of the shop," Huang was quoted by Nanguo Zaobao as saying.

He denied that he stamped the wrong pedal.

Huang said that the main screen of his Model Y which was bought in February went blank occasionally and the door of trunk often opened for no reason. "Now I believe the 'brake failure' mentioned by other Tesla vehicle owners is true, even if it never happened to me before this accident," said Huang.

According to the local safety monitor video footage, Huang's car suddenly accelerated back after his families got on the car. Due to the limitation of monitoring angle, the video didn't show how the car hit the wall, Sanyan Caijing reported.

The accident is now under investigation.

Statistics from the China Passenger Car Association showed that Tesla sold 25,845 EVs in April in China, down 27.15 percent from March's 35,478 vehicles. Analysts believed that the recently Tesla-involved traffic accidents raise Chinese consumers' concern about the safety issue of Tesla vehicle.