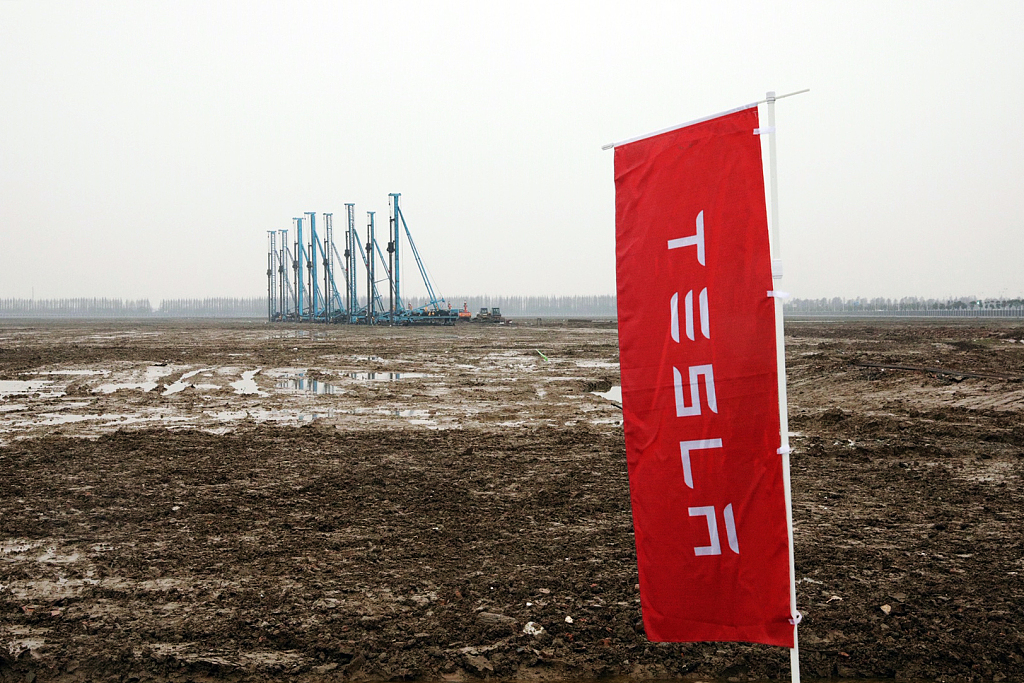 The US electric carmaker Tesla Inc. broke ground on Jan. 7 in Shanghai on its first overseas factory. Saying China's development speed and efficiency are "impressive," Tesla's CEO Elon Musk pledged efforts to "build the Shanghai plant into one of the most advanced plants in the world," while meeting with Chinese Premier Li Keqiang Wednesday.

"We'd like to offer congratulations on the groundbreaking of Tesla's Shanghai project," Lu said at a press briefing, adding that the project represents the first-ever solely foreign-invested one in the field of new energy automobile, thanks to a new policy allowing foreign carmakers to set up wholly-owned subsidiaries in China.

Some media reports say it took only half a year or so for Tesla to go from signing an agreement with the municipal government to the project's official launching and groundbreaking, Lu said.

"This fully demonstrates China's solid steps in promoting a series of opening-up policies and foreign firms' confidence in China's commitment to further reform and opening up, as well as in its economic prospects," the spokesperson added.

"As China adheres to a strategy of opening up featuring mutual benefits and win-win results, we welcome more foreign enterprises to engage in the new round of China's high-standard opening up to the outside world," Lu said.