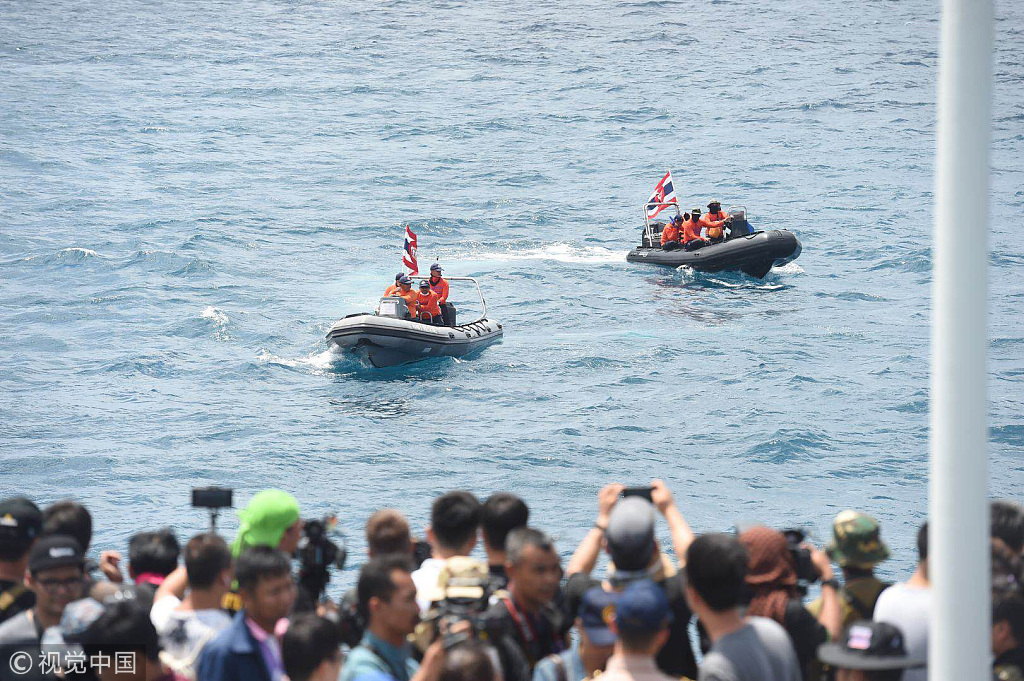 He said "If I said anything that upsets people, I apologize. That's what the reports I received said," Thailand Headlines reported.

Thai authorities had dispatched about 60 vessels, 40 airplanes and nearly 100 frogmen. Thousands of people along the bank are launching a 24-hour-rescue mission, Hua Chunying, Chinese foreign ministry spokesperson said Tuesday. The Thai government has promised the rescue mission won't stop if the missing Chinese tourists were not found, she said.

Prawit on Monday blamed the tour agency for ignoring the storm warning. The Chinese agency which operated the "illegal tour" with zero payment should be responsible for this, he said.

Prawit's criticism was rejected by the tour agency on Tuesday, while causing heated online discussions on Chinese social media.

Zhu Ming, vice president of Lazy Cat Travel that operates the now capsized Serenata, told the Global Times that the ship had not received warning of bad weather when they set out for tour. The only notice that local boat companies received was the one issued at 4:00 pm on July 5, when the storm had already arrived, Zhu said.

According to the website of the Thai Meteorological Department, there was no warning of strong winds over Phuket until July 6.

The death toll from the tourist boat accident,  involving the Serenata and the Phoenix, climbed to 44. Three are still missing.

Feizhu, Alibaba Group's online travel booking platform, told the Global Times on Tuesday that the tourism products on Feizhu platforms are priced at 450 yuan ($67) to 500 yuan. The "zero-dollar tour" is non-existent.

Lazy Cat Travel is also one of the ticket agencies for the Phoenix, which belongs to Thai TC Blue Dream Company.