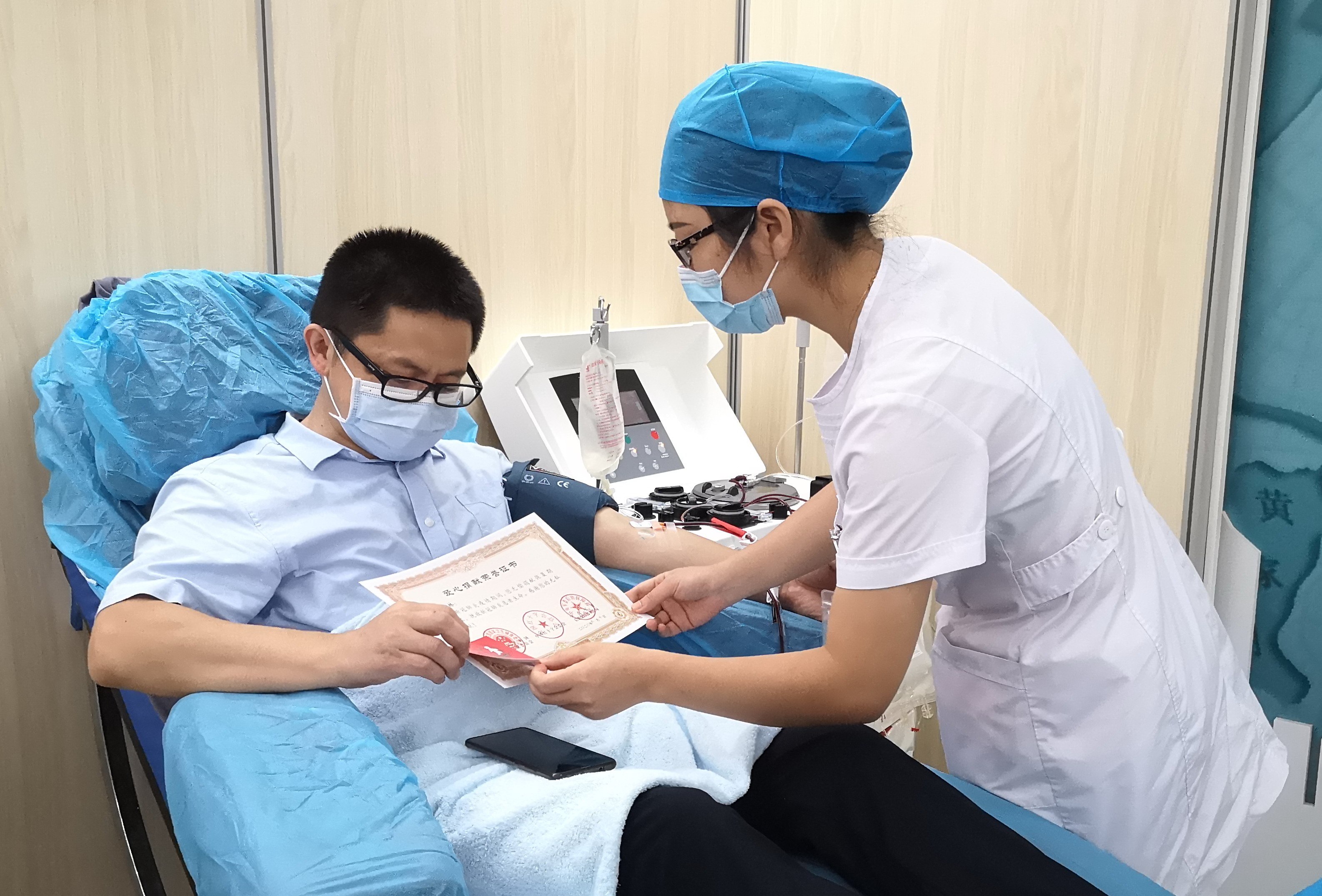 An unusually resilient immune response and a heart of gold have enabled Tang Shulin, who has recovered from the COVID-19 infection, to accomplish what few people in the world are capable of-donating blood plasma 11 times in the past six months.

The last time he did so was on Aug 10, when Tang, a resident of Wuhan, Hubei province, walked into the city's blood center to give 400 milliliters of convalescent plasma.

Infusions of blood plasma from recovered COVID-19 patients like Tang are believed to be a promising therapy to treat those still battling the disease.

Tang, 48, visited the facility as a first-time convalescent plasma donor on Feb 29, only 19 days after he recovered from the virus and was discharged from the hospital.

"At the time, I still felt a bit uncomfortable while walking fast, but knowing that my blood plasma would aid treatment and that making donations would not affect the donor's health, I just did what my heart told me," he said.

Tang is more than familiar with the blood collection procedure. Since 2011, he has donated blood about 115 times and managed to persuade his wife to become a regular donor.

Having confronted the cruelty of a life-threatening virus face-to-face and having witnessed the outpouring of benevolence to Wuhan strengthened his conviction to lend a helping hand.

"In the past, I donated blood out of a simple desire to do a good deed. Now, I also want to show gratitude and reciprocate all the kindness I received during the epidemic," he said.

Tang recalled that when he was admitted into the hospital in Wuhan's Huangpi district in late January, he had difficulty breathing and was delirious with a high fever.

His said the first few days at the hospital were a blur, but he remembered a female medical worker saying to him, "you will get better, we will help you."

"My eyes teared up the moment I heard those words," Tang said. "To this day, I do not know who said that, but I believe it was her comfort that pumped enormous strength into me at a vulnerable moment and motivated me to follow the advice of doctors, eat as much as I could and take medication."

Flashes and glimpses of selfless devotion shining through medical workers left an indelible mark on Tang.

"I was taken good care of at the hospital and saw firsthand how the whole country was mobilized to assist Wuhan," he said. "I am a very sentimental person, and soon I made up my mind to keep donating blood plasma as long as I am eligible."

For some inexplicable reason and a touch of serendipity, Tang's potential to give qualified convalescent plasma proved to be far above the average.

"Tang is outstanding for both his kindness and his unique immunity," she said.

According to Chen, the center had collected 2,186 portions of blood plasma from COVID-19 recovered patients, totaling 730,000 milliliters. About one-quarter of them had been sent to other parts of China to assist local patients.

"There is a possibility of the virus rebounding in the fall and winter, and blood plasma will play an indispensable role in preventing the condition from worsening in severe cases," she said.

Tang also called for more recovered patients to join him.

"When you know you can help others, just do it," he said. "In the meantime, we need to spread more awareness about the significance of maintaining blood stocks amid an emergency and dispel the rumor that donating blood is harmful to health."