CHINA The 2018 Forum on Human Rights concludes in Beijing

The 2018 Forum on Human Rights concludes in Beijing 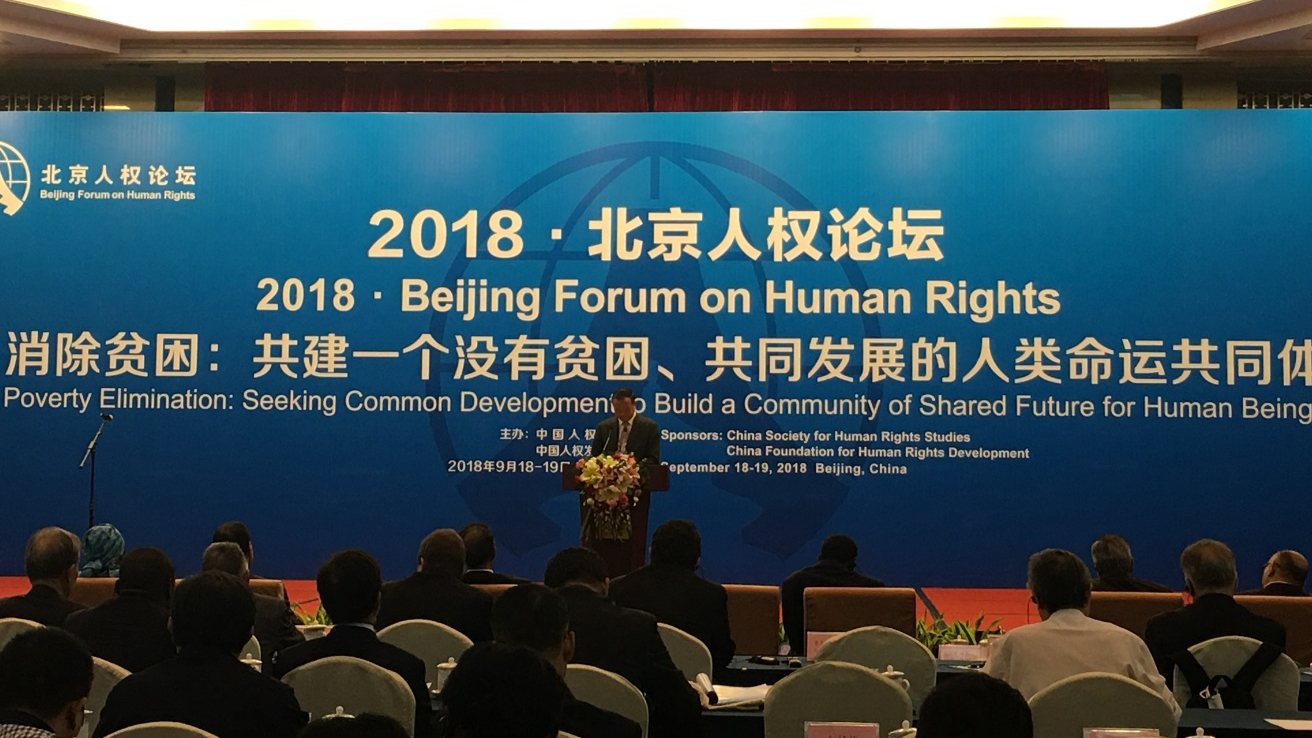 The 2018 Beijing Forum on Human Rights wrapped up on Wednesday. The theme of the two-day forum was "Poverty elimination: Seeking common development to build a community of a shared future for mankind." Mr. Fu Zitang, the vice president of the China Society for Human Rights Studies delivered a speech during the closing ceremony.

He said China has achieved unprecedented progress in its human rights causes, and is willing to cooperate closely with all parties involved in global human rights issues.

Many foreign scholars and officials also spoke highly of China's efforts, adding that as the world's largest country, China has always been a staunch proponent of global poverty reduction efforts. First held in 2008, this year's forum was the ninth of its kind and was jointly hosted by the China Society for Human Rights Studies and the China Foundation for Human Rights Development.

More than 200 officials, scholars and representatives from 50 countries, regions and international organizations attended. It aimed to facilitate international cooperation on human rights protection and experience sharing.