CHINA The 2019 Women in Leadership Forum: the power of equality

The 2019 Women in Leadership Forum: the power of equality 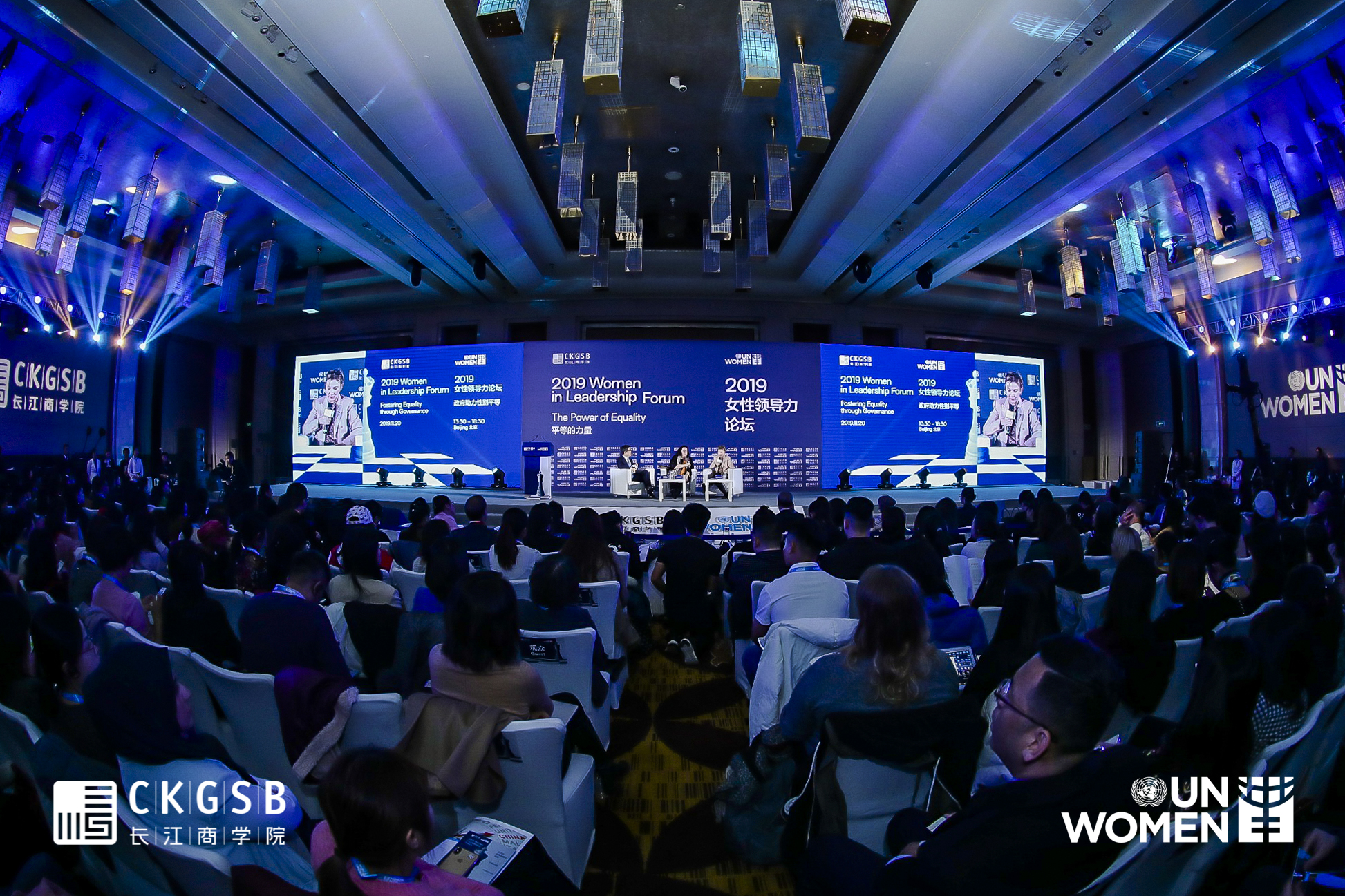 Co-hosted by the Cheung Kong Graduate School of Business (CKGSB) and the United Nations Entity for Gender Equality and the Empowerment of Women (UN Women), this year’s forum, themed “The Power of Equality,” spotlights the work of inspirational leaders who are bridging the gender gap through their work in government policy, business organizations and the sports industry. Twenty-five years ago, the Beijing Declaration and Platform for Action, the most progressive blueprint for advancing women’s rights, was signed, adding to the relevance of this year’s event and a reminder that the agenda is still a work in progress. 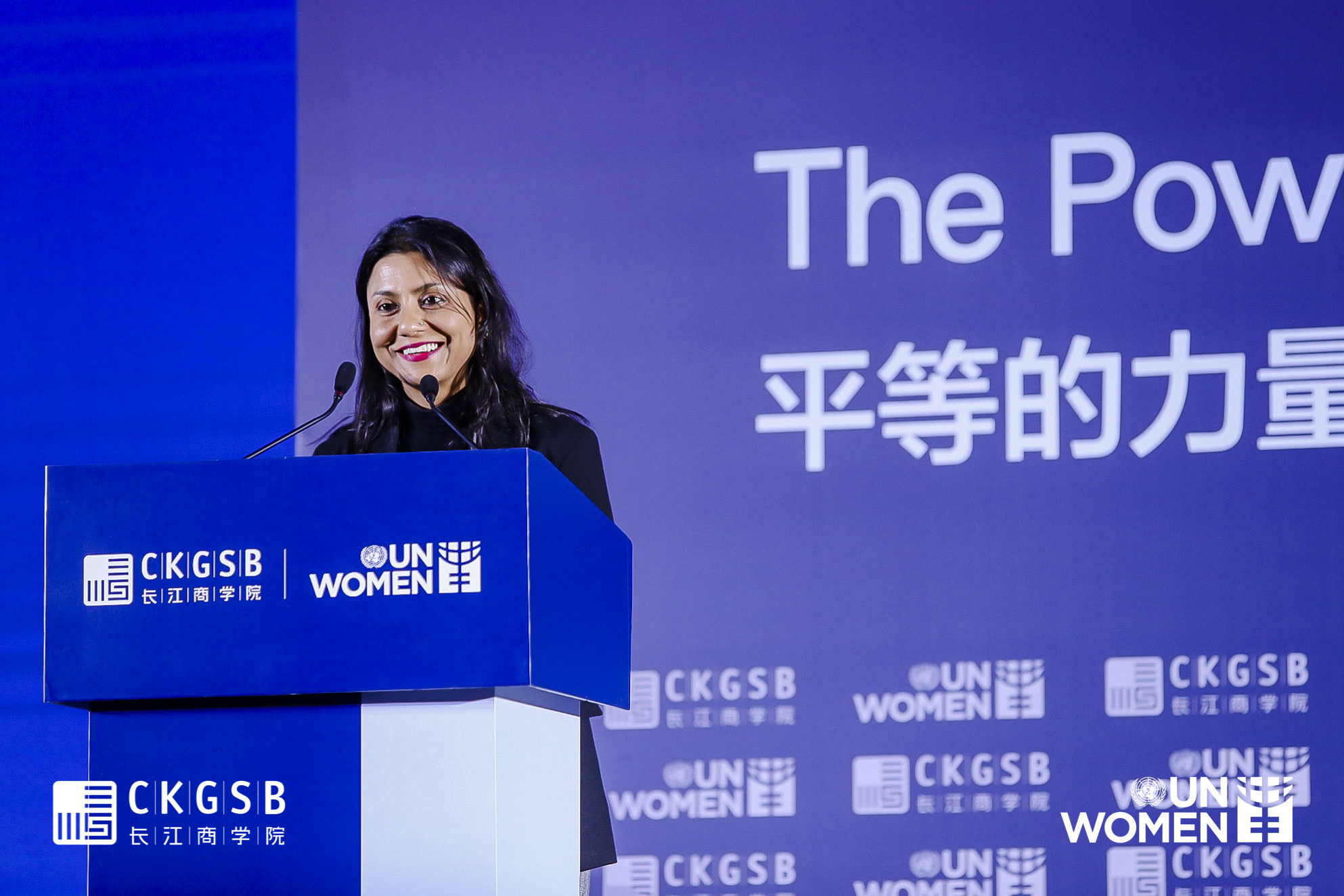 Smriti Aryal, the head of the UN Women China Office, made the keynote speech during the forum.

“Over the past 20 years, the global gender gap has only shrunk by 2 percent. The gender wage gap stands at 20 percent. Women shoulder the burden of the unpaid care work in our society. We have a long way to go to challenge the stereotype. In a recently published data by the World Economic Forum, only 9 percent of publicly traded companies in China are run by women. We believe that strengthening our accountability and our solidarity will help to accelerate the change we need to see and that is why we are here today,” said Smriti Aryal, the head of the UN Women China Office as she kicked off the event.

The dialogue on “Fostering Equality through Governance” bought together women in government to discuss how government policies help to achieve gender parity. 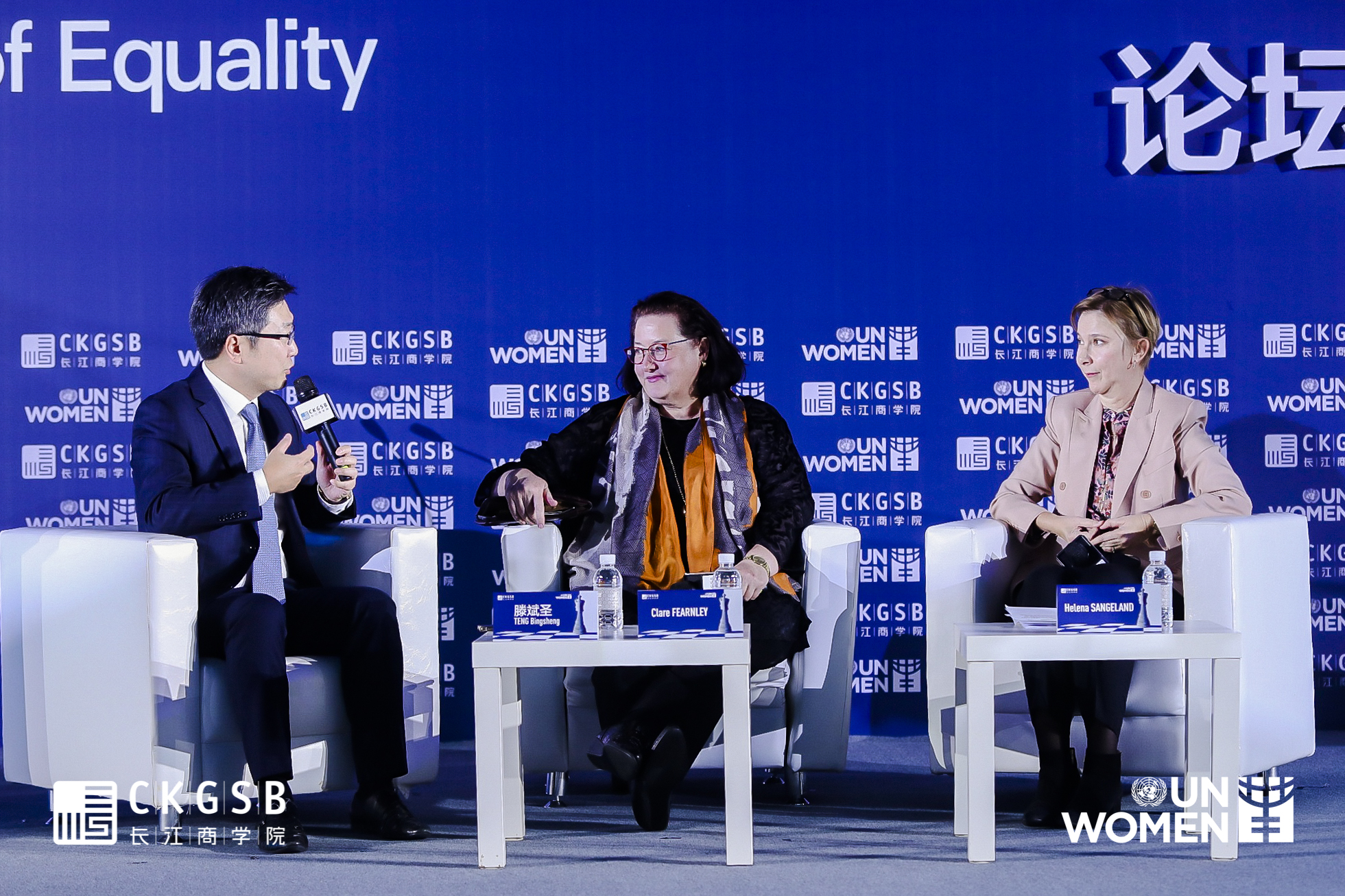 In this regard, Gabrielle Williams, the Minister for Women, Youth and Prevention of Family Violence for the Victorian State Government of Australia, spoke about her efforts to lead the development of Australia’s first gender equality bill that will address systemic causes of gender inequality. The bill requires the public sector to plan for and report on gender equality in their organizations. “More gender diverse companies outperform less gender diverse companies. When women have more power over their lives, they empower their communities,” said Williams, stating that the bill hopes to address the 11 percent gender pay gap, and boost women’s workforce participation.

Sangeland and Fearnley shared their insights on how their governments are working to bridge the gender gap. Fearnley shared the progress New Zealand has made, saying, “We were the first country to give women the vote. We are a country focused on equality and egalitarianism.” However, Fearnley went on to say that there is work still left to do. “I grew up assuming there was a forward movement, in terms of inclusion. It’s not necessarily a forward process. We have to work for it and fight for it.”

In Sweden, where gender discrimination in the workplace has been illegal since 1980, gender equality is not only debated but imbued into everything, with the government declaring itself a “feminist” government. Sangeland reiterated the importance of mainstreaming gender equality.

Substantive discussions also took place on the role of women in Africa’s transformation. Hannah Ryder, CEO of Development Reimagined, moderated an engaging panel with the Ambassador of Cabo Verde to China Tania Romualdo, the Ambassador of Kenya to China Sarah Serem, the Ambassador of Mozambique to China Maria Gustava and the Ambassador of Sao Tome and Principe to China Isabel Domingos. The African ambassadors explored traditional and cultural stereotypes and important mechanisms to increasing women's empowerment in the Africa-China relationship.

“In Cabo Verde, women are in a good place but the challenge is still very huge. In our constitution, there can be no discrimination based on gender.” But Romualdo highlighted the social stereotypes of women and biases towards paternity leave and that women still shoulder the majority of childcare and elderly care.

Others ambassadors shared that their countries were still far away from equal representation on the government level but that progress is being made. “In Sao Tome and Principe, we don’t have equality in the government, in parliament. We don’t have this. But we have several ministers who are women,” Domingos said.

To share insights into the attributes of women leaders, Zhang Xiaomeng, associate professor of organizational behavior, presented the latest findings of her research.  Based on the survey of 4,332 CKGSB students, women leaders are seen as more holistic, empathetic and resilient. 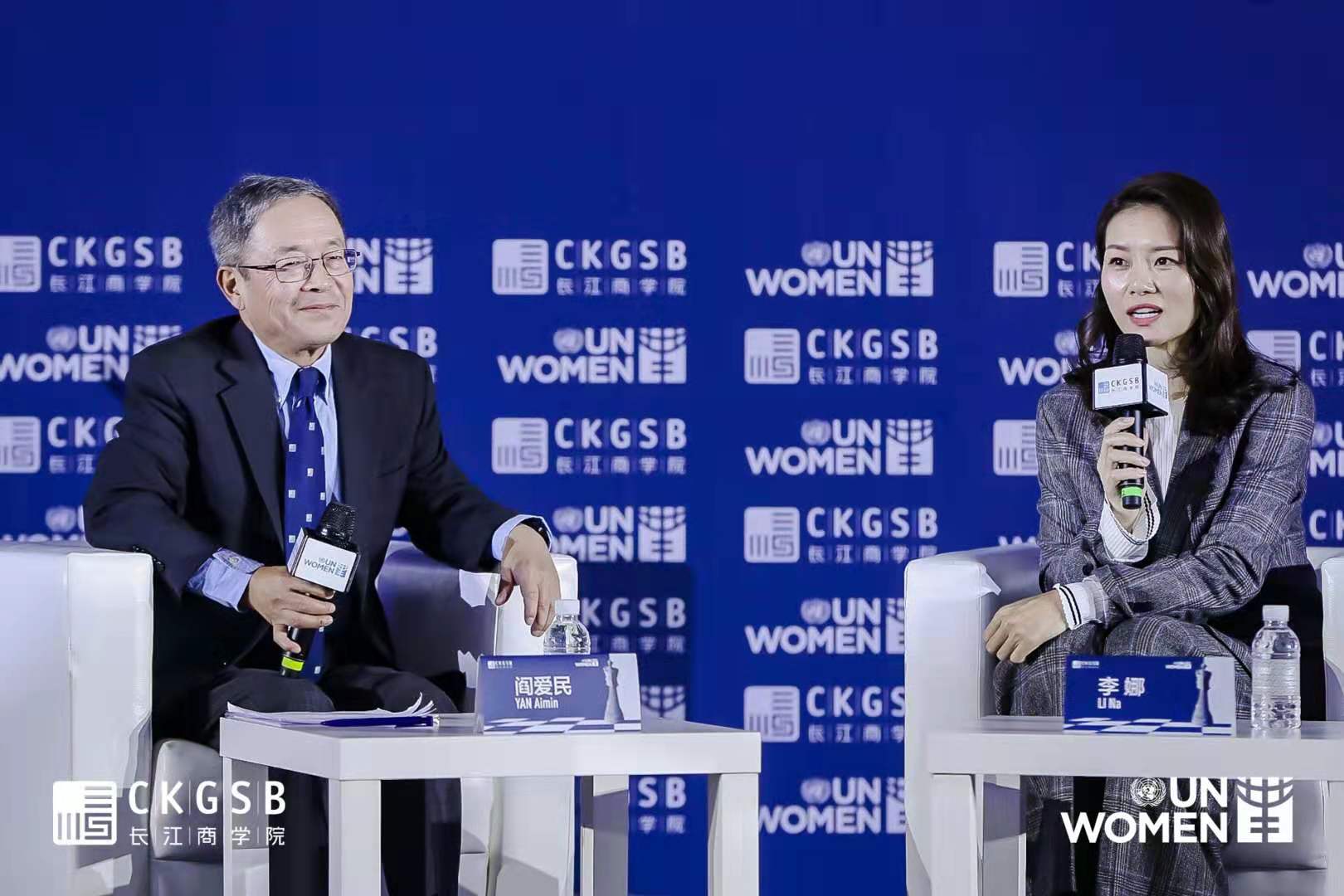 The forum ended with stories by female athletes who overcame gender stereotypes, including a special dialogue with Li, who challenged the status quo of Chinese female athletes and was a trailblazer for tennis in China.

As the first Asian player to be inducted into the International Tennis Hall of Fame, Li plans to continue to achieve success in her life after tennis. She said, "In the next few years I plan on working in tennis education and philanthropy. We all have a responsibility. I hope I can influence and reach more people through tennis."