The Chinese military's new cold-weather quilts effective at minus 40℃ 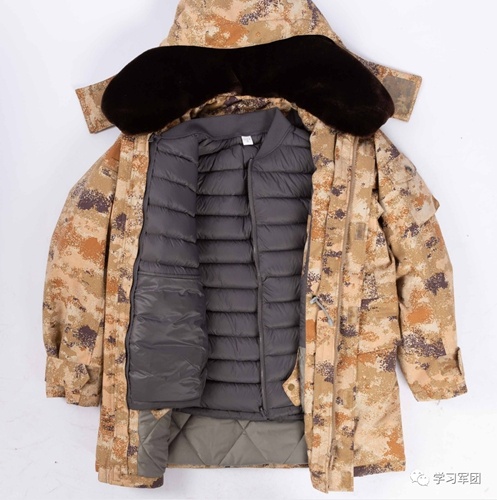 The Chinese military has made a batch of new cold-weather quilts and clothing for troops stationed on the Tibetan plateau border defense posts, the People's Liberation Army News reported Sunday.

The cold-weather gear is tailored for the army and will be delivered to frontline soldiers in the near future to ensure various training and patrol tasks can take place in extreme cold, said the report.

On the basis of in-depth investigations on the front line, the relevant departments of the Logistics Support Department of the Central Military Commission mobilized local well-known enterprises and scientific research personnel, and urgently developed a series of cold-weather, lightweight and comfortable bedding products suitable to the characteristics of the plateau's alpine climate.

The cold-weather gear and clothing include sleeping bags, down training coats, down cotton-padded jackets and pants, boots, and multi-purpose snow camouflage clothing, according to the report citing people in charge of the production.

Through the adoption of new technologies and materials, the weight of the products has been reduced, which can be applied to high altitude and cold environments with altitudes above 5,000 meters and below minus 40°C.

The new gear is being produced amid a standoff between Chinese and Indian army in their disputed border area.

According to Bloomberg, India has bought high altitude warfare kits from the US on an urgent basis, officials with knowledge of the matter said, a sign that the South Asian nation is preparing for an extended winter deployment after talks to ease tensions along its border with China stalled.