CHINA The gleam of the crop in Xinjiang, NW China

The gleam of the crop in Xinjiang, NW China 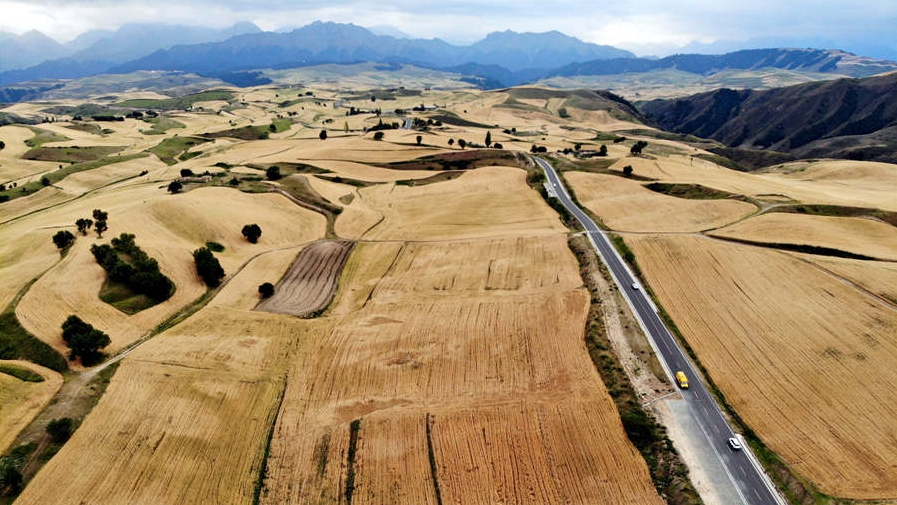 When the wheat fields surrounding Jiangbulake turn into a sea of gold and green, the farmers of Qitai know that harvest time is upon them, Cui Jia and Mao Weihua report.

It's harvest time in the Xinjiang Uygur Autonomous Region and the combination of the fully-grown wheat in a giant field, coupled with the different shades of the grassland and forest flourishing at higher altitudes, has turned Jiangbulake, Qitai County, into a sea of gold and green.

People in Jiangbulake, which means "the source of holy spring" in the Kazak language, have been planting wheat near the mountains for more than 2,000 years. The wheat field, which covers an area of more than 13 square kilometers, relies on rainwater and the melting snows from the mountains to grow. The locals called it "the lazy man's field" since no routine irrigation work is needed, and the farmers only have to harvest the grain once a year. 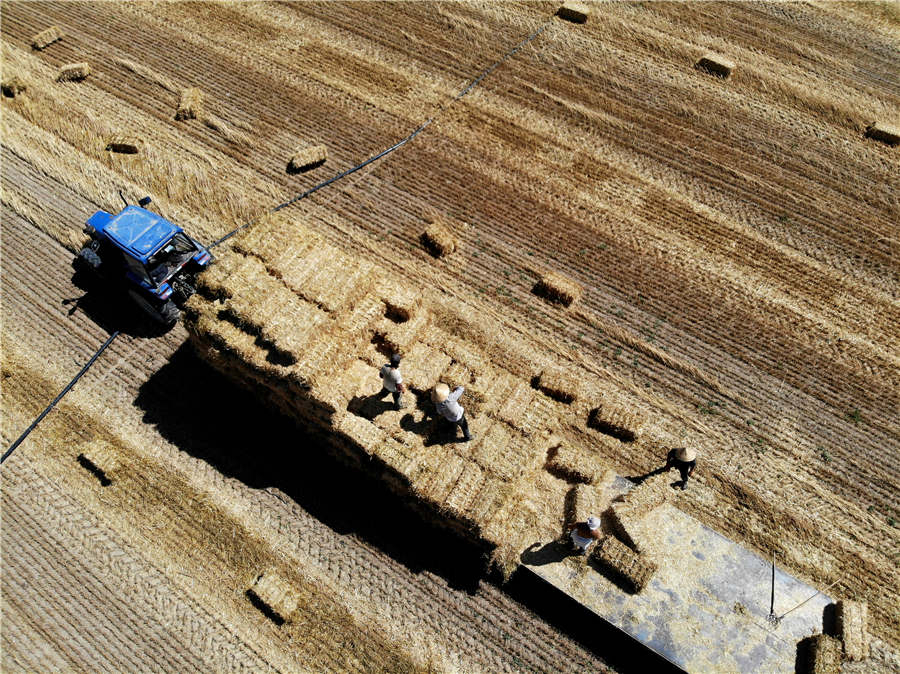 Unlike other wheat fields, the crop in Jiangbulake is planted on a chain of undulating hills at the foot of the east side of the Tianshan Mountains. When the wind blows over the golden wheat, the way it moves and the sound it makes evokes comparisons with the ocean.

The higher the wheat is planted, the later it turns golden and reaches harvest time. In August, the color of the grain blends perfectly with the grasslands of the nomads from the Kazak ethnic group who still herd and ride horses. People can hike from the wheat field all the way up to the Tianshan Mountains, gradually experiencing the changes in the landscape before spending the night in a yurt - the traditional, tent-like home of the Kazak people.

For these very reasons, Jiangbulake has become a popular tourist attraction, especially during this time of the year. The area has welcomed more than 560,000 tourists between January and July, an increase of more than 32.5 percent year-on-year.

"It feels like I am walking in an enlarged Van Gogh masterpiece, said Guo Haoming, an art teacher from a primary school in Shenzhen. "There are so many shades of gold and green."

Zhao Huiming, 58, was born in Jiangbulake and his family has been taking care of a small piece of the wheat field for generations. And while the tourists flock to admire the area's natural beauty, he was just happy that it has been a good year for him and the other local farmers.

"There has been a good balance of rain and sunlight this year, so we are having a bumper harvest," Zhao explained.

Guo was determined to capture the beauty of Jiangbulake with his paintbrushes, but choosing the right vantage point had posed a challenge because he couldn't decide where to set up his easel, the 25-year-old said.

"I posted many pictures of the wheat field on social media. Many people questioned whether I had used mobile apps or photo filters to enhance them because they felt the contrast between the golden wheat and clear blue sky was unreal," Guo noted. "There is absolutely no need for it." 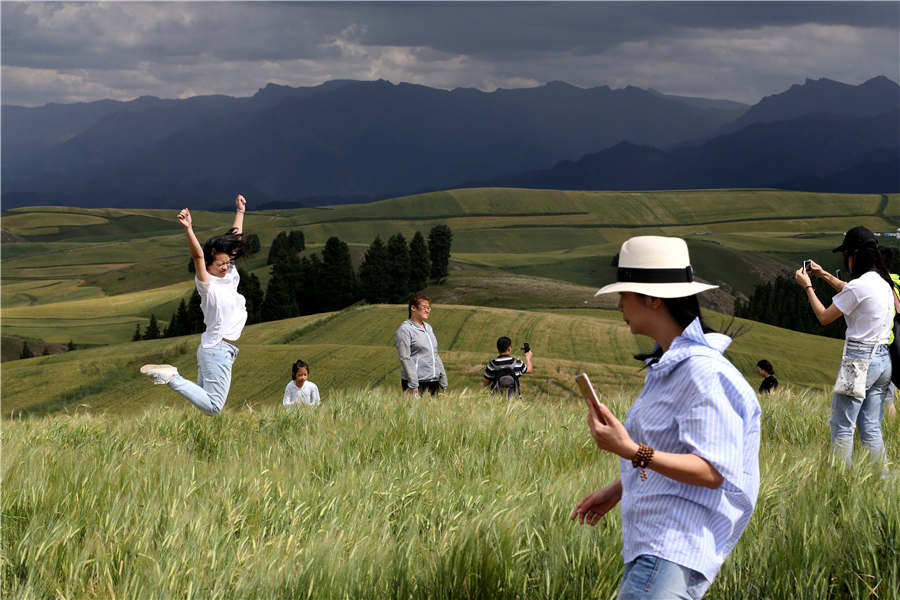 Emerging tourist attractions in the region and a more developed traffic network are the primary reasons for the strong growth, according to the regional tourism development commission.

Tourists have spent more than 121 billion yuan (around 17.6 billion US dollars) in the region during the period, up 40.72 percent from last year.