CHINA The greatest gift of all for Chinese New Year

The greatest gift of all for Chinese New Year

A 66-year-old woman had emergency surgery on Thursday after having a heart attack.

The patient surnamed Wang was transferred from a district-level hospital to Shanghai Yueyang Hospital of Integrated Traditional Chinese and Western Medicine after experiencing serious chest pain.

She was diagnosed with myocardial infarction and required immediate surgery.

Dr Feng Can from Yueyang’s cardiology department was celebrating his birthday with family while receiving the emergency call and rushed to the hospital immediately.

During surgery doctors found a part of Wang's coronary artery was 90 percent blocked and there was also a clot. Without timely surgery she could have suffered large-scale cardiac muscle failure.

“It's the best New Year’s gift that I have ever received,” said Wang, who is in stable condition.

Treatment of myocardial infarction is a race against time. A green channel has been established at Yueyang to streamline the process for patient registration, diagnosis and treatment.

For Wang, the pre-surgery process took only 15 minutes, and the entire process from her arrival at the hospital to having her blocked artery opened took only 60 minutes.

“It's also the best gift for my 34th birthday and a great New Year’s gift,” said Feng. 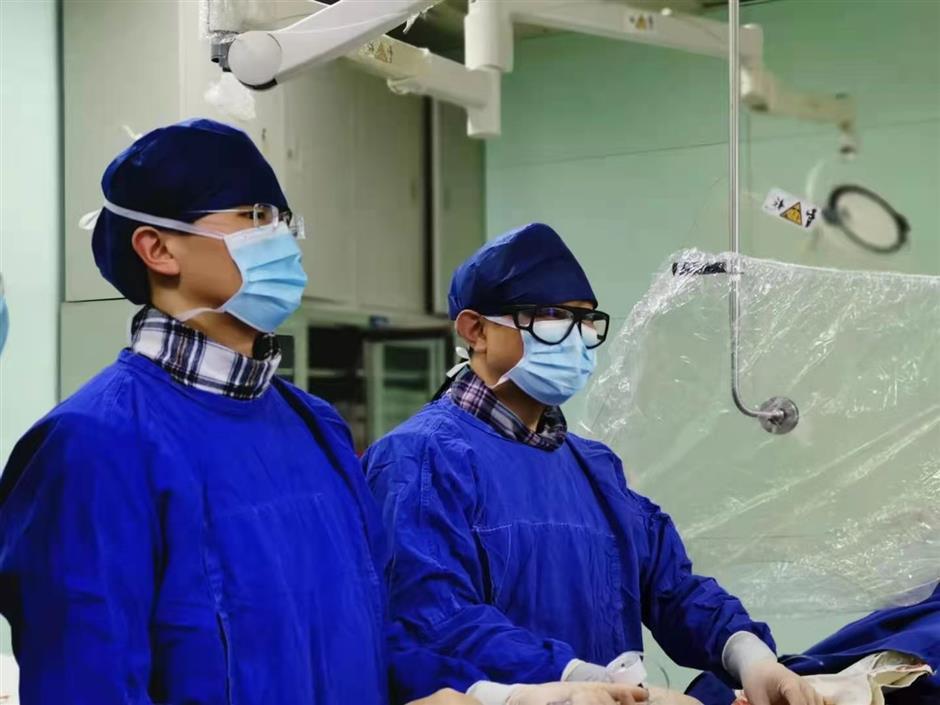 Dr Fan Min (left) and Dr Feng Can in the emergency surgery.(Photo: Agencies)