Chinese agricultural researchers have helped plant more than 2 million hectares of superior rice species in more than a dozen Asian and African countries, yielding harvest increases of up to 30 percent per hectare in some, in an international cooperative project over the past 10 years.

The Green Super Rice project, geared at alleviating poverty through cultivation and promotion of a drought and disease resistant rice species, covers 16 Asian and African countries where rice is a staple, said Li Zhikang, a professor and researcher of rice breeding at the Chinese Academy of Agricultural Sciences, and a leading member of the project. 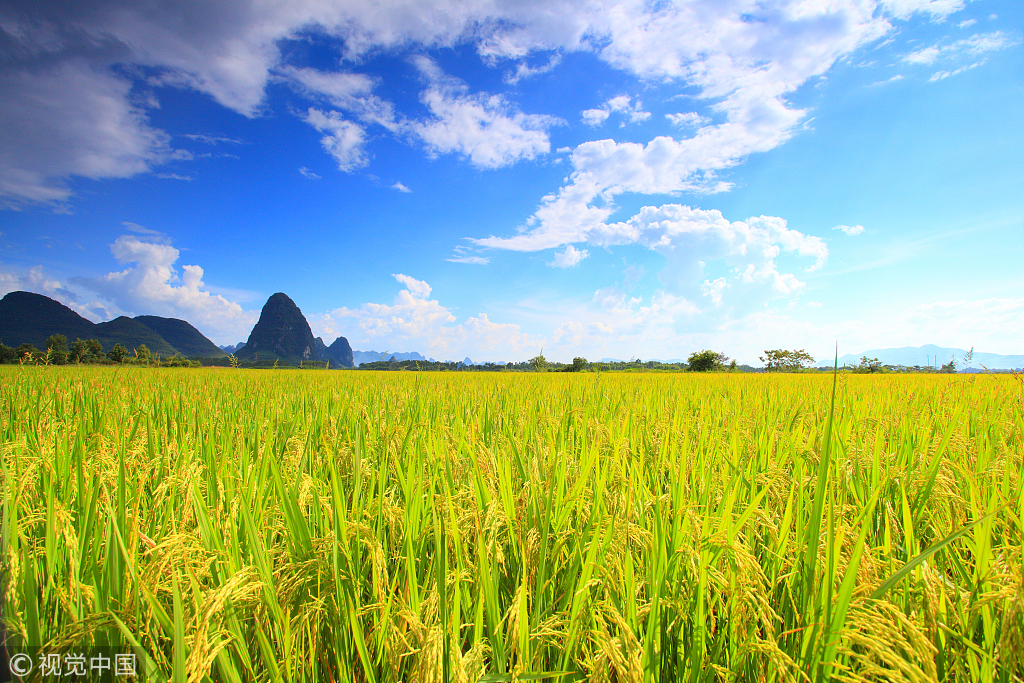 Working with authorities in the 16 countries, which include the Philippines, Vietnam, South Africa and Uganda, researchers have developed and introduced about 70 superior quality rice species, and dozens more are expected to be planted, he said.

In both the Philippines and Vietnam, about 700,000 hectares of new rice species have been planted. The new species, compared with those originally cultivated, have increased yields by 20 to 30 percent in both countries, Li said.

"Due to superior characteristics of the new species, such as being insect resistant, they require either no or less synthetic fertilizers, and that helps protect the environment," Li said. "With the planting of the new species, the concept of 'green rice' is also being promoted and gradually accepted."

The project, launched in 2008 and sponsored by the Chinese government and the Bill and Melinda Gates Foundation, is led by the Chinese Academy of Agricultural Sciences. It is China's largest international agri-technology cooperative project in recent years, Li said.

"Many of the countries involved rely on imports because of insufficient agricultural production," Li said. "For example, the Philippines imports about 1 million metric tons of rice every year. By increasing harvest yields, the project can improve food security in these countries."

Li said the project is also beneficial to China, the world's biggest importer of grains, including rice. Last year, China imported 4 million metric tons and exported 1.2 metric tons of rice, according to the General Administration of Customs.

"Increased rice production in these countries can leave them with surpluses for export, which help to diversify China's rice imports and improves food security in China," he said.

Li said the project, which is due to end in March 2019, may be extended to cover more countries.

"Some other countries, like India, Bangladesh and Indonesia, have contacted us about taking part in the project," Li said.

"We hope for continued support for the project from the Chinese government in order to benefit more countries, including China," he said.