CHINA The old man and the forest

The old man and the forest 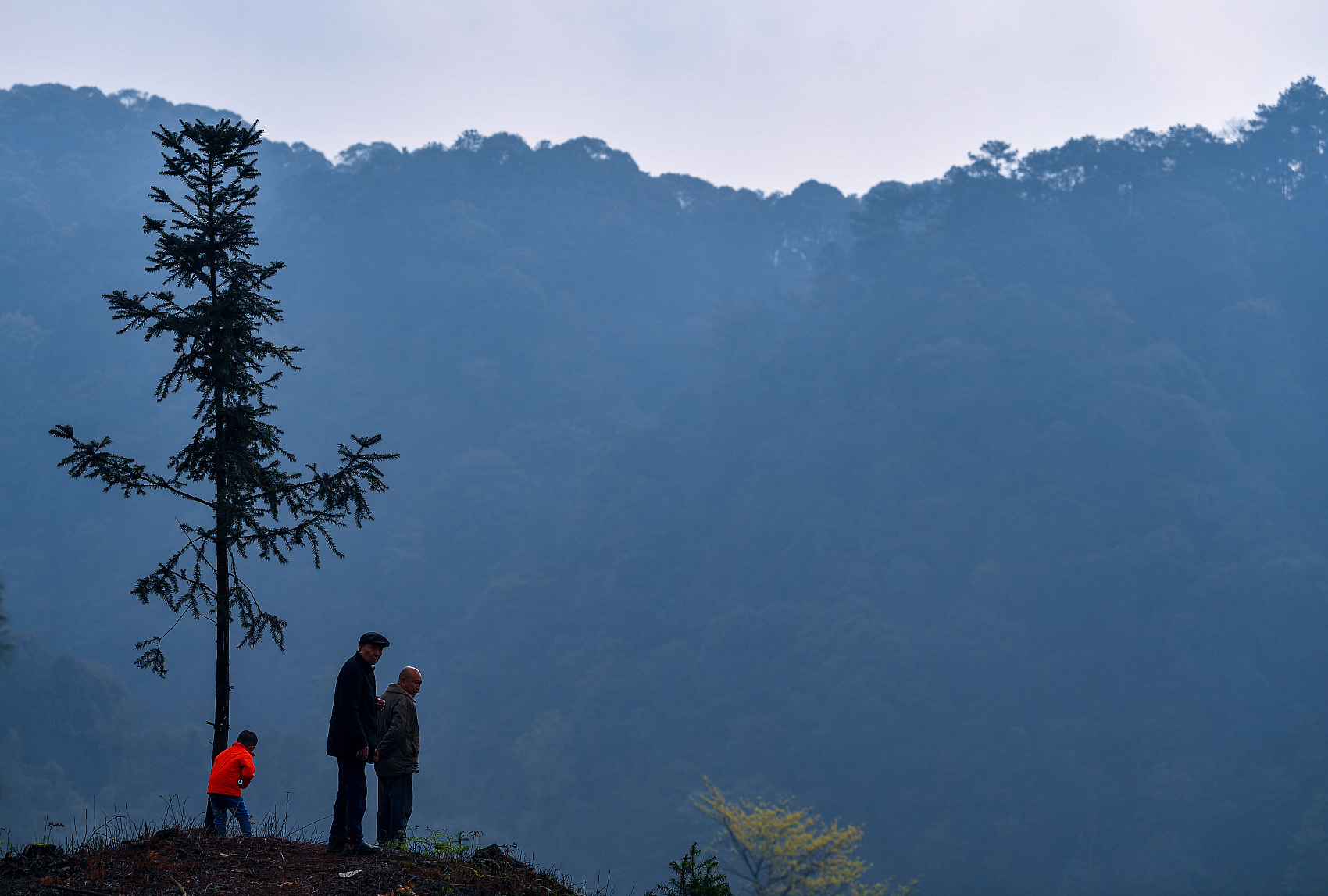 This photo was taken when Li Xiuxiong and his grandson stood on the mountain together.

Li Xiuxiong, 81, and his grandson hold tools to plant a Chinese fir tree at the Changxing Forest Farm in Rongxian county, Zigong city, Sichuan Province on March 11, one day before the National Tree-planting Day.

Spring is often the best time to plant a tree. Li and his workers have been planting trees on the barren mountain of the forest farm since February 15. More than 20,000 saplings have been planted.

“Kid, the tree will be taller than you in three years,” the old man told his grandson.

The forest of fir, pine and osmanthus trees has grown green, like green waves undulating. More than 400,000 trees have transformed the 200-hectare former wasteland to lush green. This is because of 23 years of efforts by Li and his family. 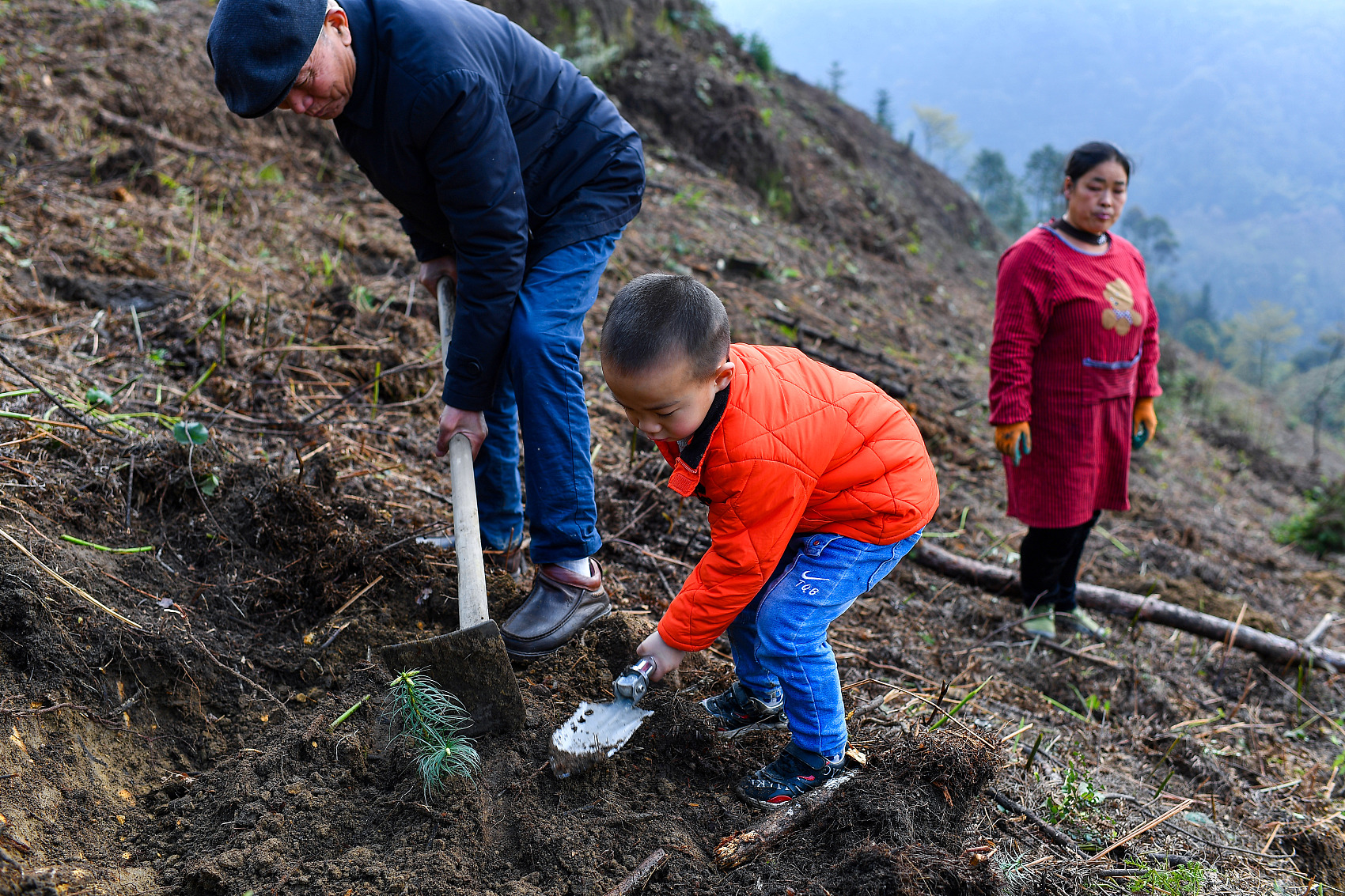 Li Xiuxiong and his grandson hold tools to plant a Chinese fir tree at the Changxing Forest Farm in Rongxian county March 11.

Li Xiuxiong, a native of Baohua town, Rongxian county, became a lumberjack when he was 18, and then ran a timber business until he was 58. Over the course of 40 years, he sold about 300,000 trees. In the late 1990s, when Li found that there were fewer trees to sell, he realized his career was coming to an end.

When China’s natural forest protection project was initiated in 1998, Li decided to put down his axe and start planting trees. He contracted around 153 hectares of barren mountains and took his whole family to plant trees.

"I've come to pay my debts,” said Li. He has kept two accounts, which he stayed in the mountain for 23 years to pay off.

The old man also has another account. Over the past 20 years, as he planted more trees, his whole family has invested more than 10 million yuan ($1.53 million) in self-raised funds on labor costs and fertilization fees.

The hard work finally paid off. Three years ago they paid back a loan of more than 6 million yuan. "We have also benefited from clean water and green mountains." 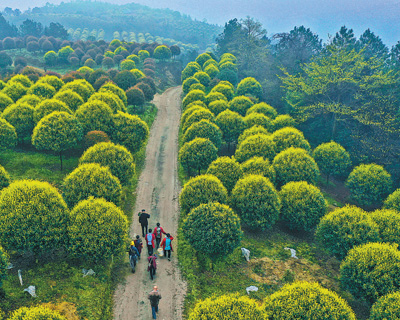 This photo was taken when workers planted saplings on a barren hill at Changxing Forest Farm in Rongxian county, on March 11.