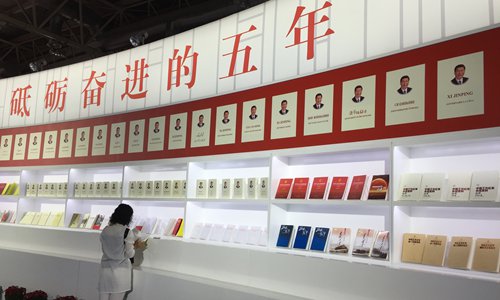 2017 will be remembered as a crucial year that sets the course for China's future development following the 19th National Congress of the Communist Party of China (CPC).The Party congress not only charted the future for the country, it has also permeated into the lives of ordinary people here and across the world, becoming an inalienable entity, especially among the young, guiding their thinking and serving their needs, even in love.In his work report delivered at the Party congress, President Xi Jinping said youth are the future of the nation and that the Chinese Dream will only be realized through the hard work of our youth."The Party must care for the young people and create platforms for them to realize their life goals," Xi said. 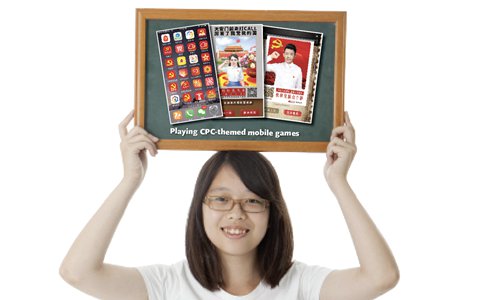 Therefore, the Party continues to pour all its efforts into serving the young. Whenever and wherever they need support, they'll find it always readily available from the Party.Indeed, the presence of the Party is now looming larger in everyone's lives. Driving through the boulevards of Beijing, one cannot miss seeing in action the catchphrase of the Party congress, "Remain true to our original aspiration, keep our mission firmly in mind."In residential communities and business areas across the city, red banners hung up on walls offer Party resolutions and slogans, freshly taken from the congress, for the people to admire and discuss.With the help of technology, all types of materials about the CPC are increasingly easy to obtain. Cultural products about the Party are also easily procured on various channels.Prime time television news and ubiquitous Internet reports detailing the Party congress, as well as printed publications featuring Party and State policies, have also proven to remain quite popular.At this year's Beijing Book Fair, the largest in China, publications about the Party and General Secretary Xi Jinping were on show at all major publishers' booths.Xi Jinping: The Governance of China has been a flagship book since it was published. Other books featuring Xi's work experiences and remarks continue to attract great deals of attention across the country and among foreign statesmen visiting here.The 32,000-character work report delivered by Xi at the opening of the Party congress became an instant nationwide best-seller, especially popular among civil servants, students and young entrepreneurs looking for opportunities and hints from State policy-making that might affect their business. 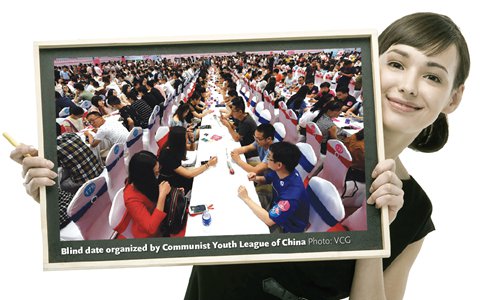 For those citizens who feel detached from politics and who are more interested in leading a quiet, simple family life, they too will find the Party playing a big role in their lives.But unlike the incredible 2016 story of a newlywed couple from Jiangxi Province who spent their wedding night transcribing the Party constitution, this year the Party will return the favor by stepping up its efforts to serve people of marriage age.The Communist Youth League of China, a national youth movement run by the CPC, has been helping China's young singletons find life partners by holding mass blind dating events.A senior CYLC official vowed in May that CYLC is determined to solve China's "marriage problem" and will help young people develop a "correct attitude" toward love and marriage.It's rather like old communal life, when ordinary people's needs were all taken care of by the Party, and it surely will be a blessing for the estimated 200 million young lonely hearts across the country who have yet to settle down with a spouse.Spurred by the unproven myth that single people are unreliable in work, many participants of these matchmaking events, mostly from government organizations, State-owned enterprises and colleges, happily answered the Party's call of "We want you get hitched."Experts say that, as large numbers of single young adults are potentially an element of instability, Party-organized matchmaking can contribute to social harmony. 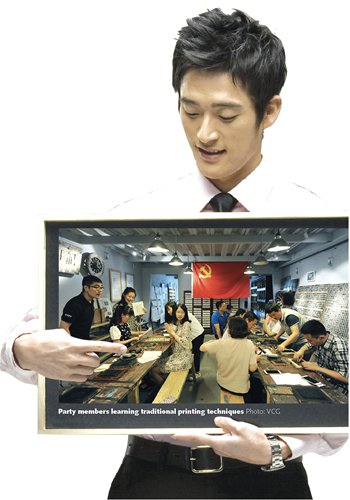 As society embraces the Party congress, Party committees at all levels have strengthened management and Party building, some through the most fashionable means.Party committee members of companies received documents and instructions from higher Party branches every few days in the run up to the congress, requesting them to hold activities related to the Party.These activities included conventional events like holding meetings with Party member colleagues, listening to invited professors speak on Party-building and watching documentaries made specifically for educating Party members.Not only at State-owned companies; throughout 2017, various Party-building activities were held at CPC branches nationwide.Among them, at least one out of every 10 Party members were evaluated by their committees via new "members-only" smartphone apps, which they can also use to socialize with comrades.Users report daily to their Party committees on the apps, quiz themselves about the Party congress and learn about the CPC's revolutionary past while playing locally produced games.Targeting a wider range of users, including non-Party members, one mobile phone game, Journey to the East, received over 6 million users in just two weeks after its debut.Even a Hunger Games-like online survival game made a facelift after the 19th Party congress to include scenes that feature banners of Party slogans, which players find more realistic than the original version. 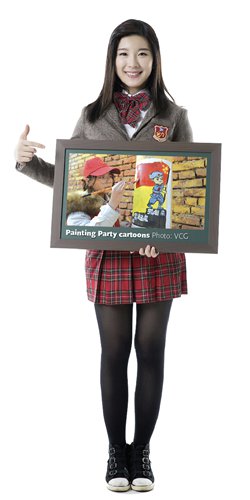