CHINA The reappearance of the North China leopard around Beijing

The reappearance of the North China leopard around Beijing 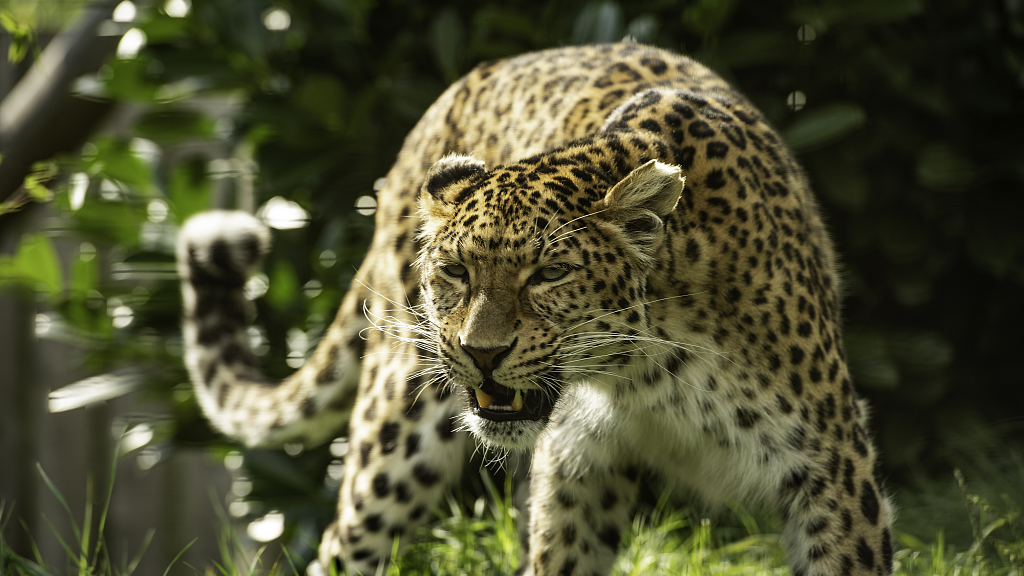 Beijing's Mentougou District recently launched the Welcome Home Leopard program, and thanks to improvements in the ecological environment and biodiversity conservation, the North China leopard has re-emerged.

Located at the intersection of Taihang Mountain and Yanshan Mountain, Mentougou District is the original habitat of the North China leopard and one of seven biodiversity centers in Beijing, with natural or semi-natural ecosystem types such as forests, meadows, rivers and wetlands, and 1,936 species of plants and animals.

"Sixty years ago, we found a leopard here." said Ma Yuanqing, a villager from Mentougou District. He used his hand to compare the size of the leopard, recalling the scene back then.

Long and muscular, mostly diurnal and athletic, North China leopards are good at waiting for their prey, like dominators of the dark night and assassins of the jungle.

There are nine subspecies of leopards, and four subspecies live in China. About 300,000 years ago, they set out from their native Africa and took more than 100,000 years to cross the Arabian Peninsula and Central Asia, until they reached East Asia, where they gradually formed new subspecies.

There is still no conclusive answer as to when the population of the North China leopard began to decline. Some researchers believe that the decline began in the Ming and Qing dynasties, when the introduction of crops such as corn and sweet potatoes led to a huge increase in population, so people reclaimed more land for growing crops.

"Natural disasters and climate change may have caused the decline of leopards in northern China," said Deng Wenhong, a professor at Beijing Normal University's School of Life Sciences who has long worked on biodiversity.

In 2008, Song Dazhao, who was working for an internet company at the time, joined a private organization called the Sanbei Feline Research Institute as a volunteer to track down North China leopards in Shanxi, and in 2013, Song established a conservation organization, the Cat Alliance.

In Baihuashan Nature Reserve, a staff member who worked in the field all year round said that they also looked for wild animals through infrared cameras as well as observing droppings and tracks, but found no traces left by North China leopards.

In 2012, a North China leopard was captured by an infrared camera placed on a mountain by Song, who said that the leopard was spotted a month after the camera was placed, only 30 kilometers away from Beijing.

Since then, there have been frequent records of North China leopards appearing around Beijing, some photographed by the infrared cameras put up by the Cat Alliance, and some by villagers.

In addition, Mentougou District has pledged to promote the wildlife habitat protection and restoration action plan based on the Welcome Home Leopard program, and improve the quality of habitats through intelligent resource monitoring. In addition, it said it would carry out popular science education programs, build a scientific research cooperation platform and construct a wildlife epidemic monitoring system.

Feng Limin, an associate professor at Beijing Normal University's School of Life Sciences, said the natural forests in the western and northern areas of Beijing cover thousands of square kilometers. Three challenges remain to restoring leopard populations in these thousands of square kilometers of forest: the restoration of the ecosystem; addressing the hindrance to wildlife populations caused by human activities; and the symbiosis between humans and animals.